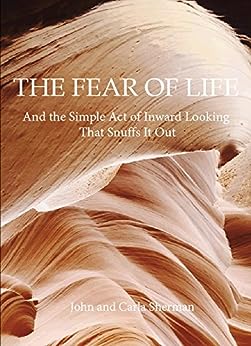 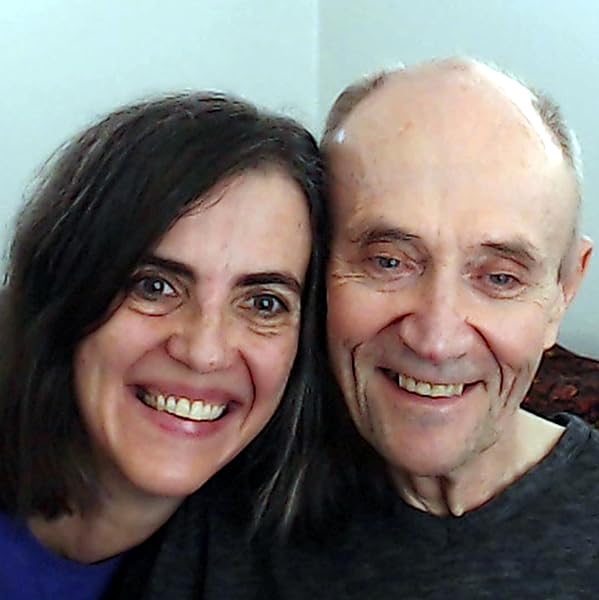 The Fear of Life: And the Simple Act of Inward Looking That Snuffs It Out Kindle Edition

by John Sherman (Author), Carla Sherman (Author) Format: Kindle Edition
See all formats and editions
Sorry, there was a problem loading this page. Try again.
A simple way to free yourself of the fear of life that is the first cause of all purely mental human misery.

The fear of life itself is the cause of all human aggression and self-destructive behavior. The fear of life is a psychological autoimmune disease that seeks to protect us from the danger of being alive by holding life itself at arms’ length, lest we fall in and perish. It warps the lens of personal psychology through which we perceive the meaning, validity, and the likely effect of everything that happens to us, with us, within us, and around us. It creates and maintains the delusion that life is not safe, that life is not to be trusted.

The Just One Look Method is an extremely simple approach to mental misery unlike anything you have ever tried. It will wash away the fear of life and heal the mind of anyone who will try it. It will rid you of the root cause of your dissatisfaction with life and the painful yearning for peace and fulfillment that seems never to be fully satisfied.

The Just One Look Method is the result of over eighteen years of experience working with people all over the world who have seen their relationship with their own lives change dramatically for the better.
Read more
Previous page
Next page

John Sherman was born in 1942 in Camden, New Jersey. Like everyone, John spent most of his life unconsciously searching for the one perfect path out of the wilderness of human life; the one perfect idea, the one perfect thing to think, to understand, to want, to have, to believe, to become that would bring him salvation and satisfaction. The course of John’s search was extreme compared to most, but the result was the same: nothing worked, nothing ever does.

Late in 1975, when he was 33 years old, John discovered the perfect idea of perfect Social Justice and set out to become the perfect Communist revolutionary. He joined with a small group of anarcho-communist radicals, and embarked upon four years of bank robberies, property bombings, gunfights with the police, two escapes from federal prisons and two years on the FBI’s Ten Most Wanted List; all done in the name of supporting the struggles of the American worker for justice. In the end, it came to nothing.

In January of 1976, he was shot and captured during a bank robbery; in March, he escaped.

In 1978, after two years on the run, robbing banks and organizing property bombings, John was captured by the FBI, tried, convicted, and sentenced to 30 years in prison.

In March of 1979, he escaped again from the federal prison where he was serving his sentence. In April of 1981, after two years on the FBI’s Ten Most Wanted list, he was finally captured for the last time and returned to prison.

In June of 1994, in the fifteenth year of his imprisonment, John had an overwhelming experience of awakening that took him completely by surprise. He spent more than a year and a half in the fully open awareness of spiritual awakening, which collapsed suddenly, leaving him bereft.

John spent the rest of his time in prison trying to find something that he could do that would bring him back to the state of indifference and apathy that he had enjoyed prior to that experience. This effort unexpectedly brought him to true freedom by means of an extremely simple act of attention.

Three and a half years later, in 1998, he was released on parole. Upon his release, John moved to Boulder, Colorado.

In 1997, Carla was a doctoral candidate at UFRJ, preparing a dissertation on French author Philippe Sollers, when she came to the United States during the summer break to attend a silent retreat. That was her very first experience with a spiritual meeting and on the third day she had an overwhelming experience of awakening. She went back to Rio for a few months and then came back, this time to Boulder, Colorado. In Boulder, Carla met John. She went back to Brazil after a couple of months.

A few months later, in January 1999, she came back to the US, this time to California, where she ran into John again. Then, after a year and a half of spiritual awakening, everything fell apart, and she felt completely lost. She started looking for a way to gain back the experience of the oneness of all being. This effort led her to look at herself, although she did not know it at the time. This was the beginning of a process that eventually brought her to true freedom.

John and Carla were married in June of 1999, in San Rafael, California. In 2001, they moved to Ojai, California, where they live with their cat, Switters. Carla became an American citizen in February of 2007 and John was released from parole in August of 2007.

Since 1999, John and Carla meet with people from all walks of life to speak about the fear of life, which is what spoils human life, how that comes to pass, what gives rise to it in the first place, how it manifests in the life in general, and what every person can do to be free of it once and for all.

In these meetings, they speak from their experience, listen to reports, and answer questions. John and Carla accept invitations to speak at conferences, companies, schools, libraries, colleges, churches, organizations, etc. They will come and present an introductory talk followed by a Q&amp;A session, a two-hour workshop, or any other format that will better suit the needs of a particular audience.