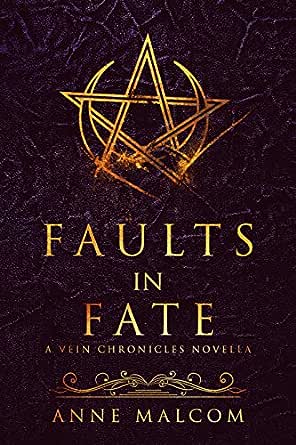 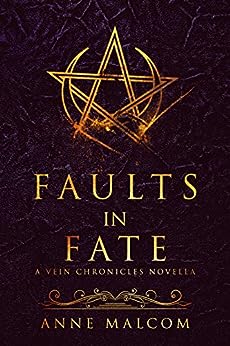 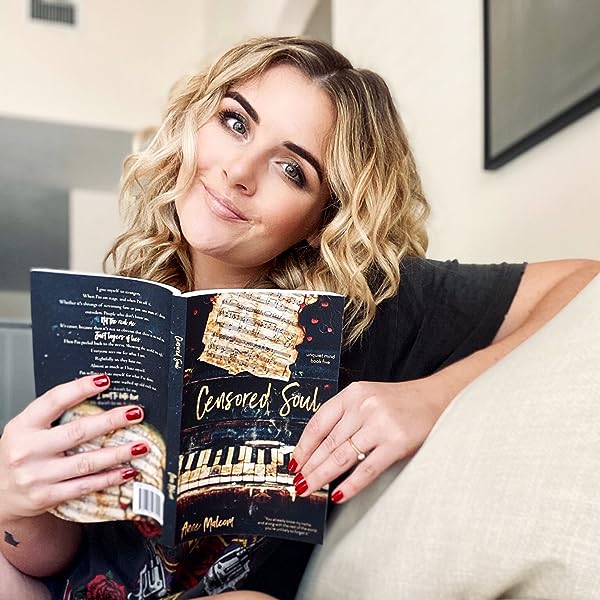 Payne’s Bookworm Reviews
TOP 500 REVIEWER
3.0 out of 5 stars Kicka** Witch and Alpha Wolf
Reviewed in Australia on 7 March 2020
Verified Purchase
Faults in Fate is a novella in Anne Malcom’s The Vein Chronicles series and follows the loveable, sassy, wicked and kicka** Witch Sophie.

Fate was a fickle mistress.
She gave Sophie immortality, magic, and a great tolerance for whisky.
She also made sure Sophie tasted death, made sure it clung to her bones, sank into her marrow.
She gave Sophie power that came from death and brought death with it.
Her own.
And everyone she knew and loved.
If she didn't learn to control it, that was.
She had been meaning to pencil it in, but the apocalypse had been licking at her combat boots and she got busy.
But she was kicking magical butt, because she was awesome.
Then the witch discovered the one thing she couldn't handle, the one thing that would offer complete destruction.
A wolf.
Her wolf.
Broken. Dangerous. Wild.
His life tangled up in hers, without a choice from either of them. A fault in fate, bringing two broken, wild, and dangerous immortals together.
Sophie quite literally screwed the pooch on this one.

I could wait to read this book to follow Sophie and the Wolf, but I was a little disappointed with it. I loved Sophie in Fatal Harmony and Deathless but I found her to be a bit of a b*tch in this book. She is still the powerful, kicka**, sassy witch we know and love, but I felt she was too selfish and nasty towards Conall. I understand she loves and wants her independency and she felt that Conall was taking that away, but I was very disappointed and not happy with the coven scene, that was very uncalled for.

Having said that, I do feel absolutely terrible for Sophie and her future and with the darkness lurking, I do hope she opens up to Conall and Isla soon, as they all make a better team when there is no secrets.
Read more
Helpful
Report abuse

Shelley
TOP 100 REVIEWER
5.0 out of 5 stars Vein Chronicles is one of my favs 😎
Reviewed in Australia on 28 October 2018
Verified Purchase
I’ve been putting off reading Sophie’s story, well because I ugly cry.....and it’s not nice to see and I knew this story would tug at my heart strings! Sophie is obviously a bad@ss witch together with her bestie Isla, the vampiress who is also Awesome 😎 However, Sophie picks up something along the way that she desperately is trying to get rid of......or is she? Conall comes in the form of a tall, hunky gorgeous package and he claims to be her mate! Oh dear next level warfare is about to hit 😍 Loved it and this entire series and I can’t wait to see what else this pair get up too! I’m talking about Isla and Sophie, not Sophie and Conall........don’t go getting sappy on me now 😂 Just kidding I want to find out what happens with them too❣
Read more
Helpful
Report abuse

Jules B
TOP 1000 REVIEWER
5.0 out of 5 stars The story i didnt know i needed!
Reviewed in Australia on 27 May 2018
Verified Purchase
Omg i have been waiting for the next installment of the vein chronicles for over a year. And this tasty tidbit will get me through to Isla's next story.
I didn't even realise I needed to know Sophie's story until now. And it was freaking fabulous. Not that I expected anything less.
This paranormal novella will keep me going for that little bit longer. And thank god, Anne Malcom has promised a full length book for Sophie already. I am ready and waiting with grabby hands!!!
Read more
Helpful
Report abuse

lorniebee
5.0 out of 5 stars Kick ass , magical five stars
Reviewed in Australia on 10 June 2018
I absolutely love Sophie, her witchy take no prisoners attitude is awesome. What is she hiding though? The suspense is killing me and that wolf of hers hot hot hot. Can’t wait for more. As always hilarious, sexy and action packed
Read more
Helpful
Report abuse

phdvamp
5.0 out of 5 stars Fun insight into Sophie and Conalls story
Reviewed in the United States on 12 March 2019
Verified Purchase
Faults in Fate is the story of how Sophie met her wolf, Conall. It takes place in parallel with books one and two from the Vein Chronicles. It's not a rehashing of those events, but some of those same events occur. Mostly it details Sophie and Conall’s interactions and Sophie's refusal to accept that he is her mate. Sophie isn't quite as snarky as Isla, but she's awesome in her own right, which makes the book pretty entertaining. I wish we got to know more about Conall in this book and his background. There are a few allusions to him being a wolf of significance, but nothing absolute. I enjoyed the book and am looking forward to the next book in the Vein Chronicles and hopefully learning more about Conall.
Read more
Report abuse

Keri Loves Books
4.0 out of 5 stars The Witch’s Wolf
Reviewed in the United States on 8 July 2018
Verified Purchase
What a fantastic series if you love PNR.

This is Sophie’s story of finding her true love. It runs parallel with the timeline in Deathless. We learn more about Sophie, her powers and the darkness from within that she fights.

Conall has bound her to him. He is her wolf and after one night of animalistic pleasure she has become his forever.

Conall and Sophie are bonded whether she likes it or not. Linked to one another becaused they are fated. The only thing that can separate them is death.

And death of humanity and her vampire bff Isla is what she’s fighting for. However, she just may not be able to save herself.

I’m looking forward to find out what happens to Sophie and Conall and the rest of their crew.
Read more
Report abuse

Lauren
5.0 out of 5 stars Fav so far in this series!
Reviewed in the United States on 11 June 2019
Verified Purchase
So I love Isla and Thorne, but Sophie and Conall, OMG! Something about the intensity of the wolf that just gets me going! It did move a little fast in parts, but I get it, we already knew what was going on from the other books, but would have been nice to have a bit of a refresher by dipping back into some of those scenes from the previous 2 books.
Read more
Report abuse

MurtleJean
5.0 out of 5 stars Awesome
Reviewed in the United States on 29 August 2018
Verified Purchase
I loved it, wish it were longer.
Read more
Report abuse

Catalina90
5.0 out of 5 stars Can’t wait the vein chronicles 4
Reviewed in the United States on 7 September 2018
Verified Purchase
Sofie is the best
Read more
Report abuse
See all reviews
Get FREE delivery with Amazon Prime
Prime members enjoy FREE Delivery and exclusive access to movies, TV shows, music, Kindle e-books, Twitch Prime, and more.
> Get Started
Back to top
Get to Know Us
Make Money with Us
Let Us Help You
And don't forget:
© 1996-2020, Amazon.com, Inc. or its affiliates