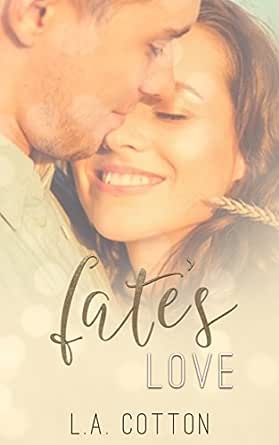 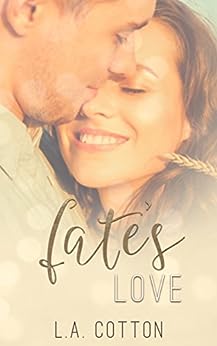 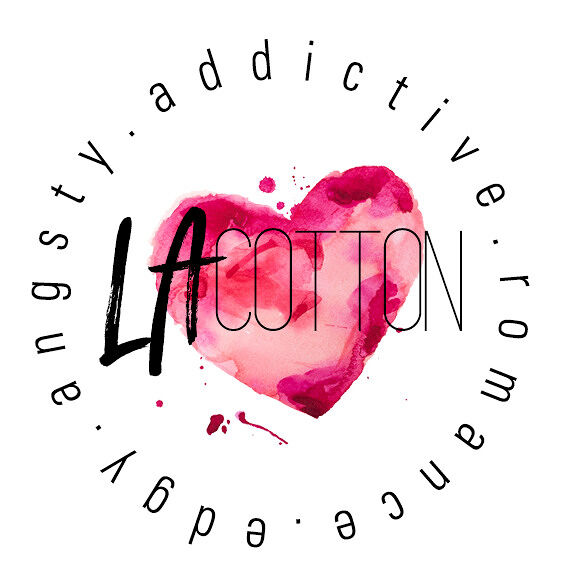 4.1 out of 5 stars
4.1 out of 5
68 global ratings
How are ratings calculated?
To calculate the overall star rating and percentage breakdown by star, we don’t use a simple average. Instead, our system considers things like how recent a review is and if the reviewer bought the item on Amazon. It also analyses reviews to verify trustworthiness.

bluebird
TOP 500 REVIEWER
4.0 out of 5 stars Is it Fate? 4.5*
Reviewed in Australia on 9 October 2016
Verified Purchase
Olivia & Ethan had this connection but she never wanted to act on it. He tried constantly & after 8yrs it changes. Due to certain circumstances Olivia sees life in a different way. But is it too late?

This is a brief summary of course there's more to it than that but I don't want to spoil the story. Even though Olivia kept running she wasn't the whiny whinging kind, she had her reasons. A really good romantic read.
Read more
Helpful
Report abuse

Lisa Hines
TOP 500 REVIEWER
4.0 out of 5 stars Review: Fate's Love 1: Fate's Love
Reviewed in Australia on 24 August 2016
Fate's Love by L.A. Cotton is the first book in the series also titled Fate's Love. It is a sweet contemporary romance that features a second-chance love story of a sort. Olivia Bannon never really allowed her and Ethan's story to begin. Always shutting it down before anyone got too involved but as fate decided, they were already destined for each other.

The story was told well. Well written and paced well if a little on the slow side. The characters were dimensional and genuine, and Olivia was definitely flawed. I took issue a few times with her inability to just take a chance on Ethan and by the end of the story I was beyond frustrated with her. But that just means that she was written well if such emotions towards fictional characters can be evoked.

Low on steam and high on sweet and emotional this was an enjoyable read.
Read more
Helpful
Report abuse

SouthernAngel
4.0 out of 5 stars Sweet & Clean:
Reviewed in Australia on 16 February 2017
It is a sweet and cute contemporary New Adult romance of second-chance love. It's a slow paced read that's low on the steamy and full of sweet emotions, laughter, heartbreak, angst, and love. If you like sweet clean romances with no steamy scenes then this one is for you.
Read more
Helpful
Report abuse
See all reviews

➳ Raj
4.0 out of 5 stars Ethan & Liv
Reviewed in the United Kingdom on 27 July 2016
Verified Purchase
Escape into my Reads Book Blog

I adored this book and I never hesitate to come back for a re-read. I do blame that largely on Ethan because he seriously earned book boyfriend status from me. The story will make you feel emotional, frustrate you, melt your heart and give you the right dose of angst and jealousy in this NA read. Fate’s Love follows Liv as she makes life choices that prevent her from pursuing a relationship with the gorgeous Ethan who is her soulmate. From the moment Liv & Ethan meet their chemistry is so transparent that they know they belong together, but Liv’s fears and life plans sabotage her own happiness if she allows love in, so she constantly pushes poor Ethan away before boyfriend status can even be claimed by him. I have to say I wanted to shake Liv so many times because Ethan didn’t deserve that, the poor guy was so sweet, sexy, adorable, gentle and time and time again patient showing just how much he loved her. My heart seriously ached for him as he dealt with her brush offs, and the pain she caused by running away from her feelings for him. When circumstances cause Liv to stop and evaluate her life she comes to understand just what’s important, but can Ethan risk putting his heart on the line again. I loved the epilogue but wished we got more time with Ethan and Liv as a couple.
Read more
One person found this helpful
Report abuse

Justine McFadyen
5.0 out of 5 stars Love conquers all !
Reviewed in the United Kingdom on 9 December 2014
Verified Purchase
You would expect this book to be yet another one of those typical YA books about falling in love and letting them go but I was very wrong . Fate's Love is a beautifully written story about 2nd, 3rd and even 4th chances . It follows the story of Olivia ( Livy ) and Ethan . Livy has her life all mapped out with school, college and what sh's got planned on doing in the future. Everything changes when she briefly bumps into Ethan by her locker , he manages to invade her every thought but to let Ethan in she thinks would be a mistake so pushes him away .
Over the course of 8 years Ethan and Livy share only a handful of close encounters and close opportunities. Circumstances eying Livy's control force her to see her life for what it is and how alone she is and will be if things can't be changed . Can she get Ethan back? Has she pushed him away one too many times ?
This is an easy book to read with characters that are magnetic and despite Livy's annoying ability to push Ethan away, she's still an enjoyable character that you hope and prey one day will find love . The more you read the more you begin to sympathise with her reluctance to have a relationship with anyone let alone Ethan !
I would highly recommend Fate's Love to anyone who loves a good old fashioned roller coaster of a story and full of emotion.
Lianne Cotton as a first time author has written the perfect love story with a good balance of upsets and heartaches , not forgetting chemistry that leaves you crying snot bubbles . Only a rare few authors have done this !
I CAN NOT WAIT TO EMERSE MYSELF INTO LOVE SPARKS !
Congratulations Lianne , as first book all I can say is outstanding !
Read more
2 people found this helpful
Report abuse

555
4.0 out of 5 stars Solid Story
Reviewed in the United Kingdom on 8 November 2014
Verified Purchase
When I first started reading this book, I thought it was going to be your typical YA book about letting your first love go and the regret that follows. I was wrong. While it starts with characters of YA age, it’s much more than that.

Livy has closed her heart to love after watching how her dad leaving affected her mum. Let’s be real, who could blame her in a way? Having said that, she meets Ethan, a boy in her school who she can’t forget, yet nothing happens between them, until prom. After a kiss, Livy leaves Ethan behind her, and moves onto college.

College is a bit of an eye opener for her, but Livy continues on her path, following her life plan. Yes, she dates more, but it’s never anything serious, nothing to disrupt her life. Until one night, her casual boyfriend gets a bit too handsy. Ethan suddenly shows up and the pair of them rekindle what they had in high School, but yet again, Livy runs away from possible commitment. Following on from these events, Livy moves on with her life, mostly following her plan to a tea.

Overall, this books is a good read, easy to slip in to when a reader has a spare hour or two. It’s paced well, and the flow of the story moves really well. The characters are well rounded, likeable and relateable. Livy’s best friend Sharn had her moments where I wanted to smack her, but her heart was in the right place.

Most of the book is relateable to the readers, who can imagine themselves in Livy’s place, or even empathise with her due to effects in their own lives.

Cotton has captured regret and lost love flawlessly, my only issue was the way Livy constantly refused to open her heart to love, even just a little. She sometimes came across as a little stand offish in places, but it was never annoying, just a little irritating.

I will definitely be reading the second book in the series.
Read more
2 people found this helpful
Report abuse

This is a story about Livy & Ethan and how they are attracted to each other but never seeming to get together....

I really loved this book but at times it made me so md or should I say Livy made me mad, she has to one of the most frustrating characters ever she needs a good kick up the rear end!! I however did really like her and couldn't bring myself to hate her at all.

Ethan is lovely and the patience of a saint having to put up with Livy.

The story did pull me in right from the very start and then kept me thinking about the characters when I had to put the book down. The chemistry that came across between the 2 of them was certainly the culprit for this.

It really is a beautiful love story and brought tears to my eyes in sadness and in happiness. I am looking forward to what is yet to come from this author!

Laura Smith
4.0 out of 5 stars Must read
Reviewed in the United Kingdom on 31 January 2016
Verified Purchase
4.5 stars.

I'm a massive believer in fate and loved this book by L.A. Cotton. I had the absolute pleasure of meeting her recently at an author signing. I bought her first two books without even reading them as I had heard wonderful things about them. I'm so glad I did as Fate's Love didn't disappoint in the slightest.

Fate's Love let's us meet Olivia, (Livy) and her journey over 8 years of never letting men into her heart....that is apart from Ethan. Livy and Ethan have a special connection and after several attempts to try and woo Livy, Ethan finally gives up and moves on with his life. Will this finally make Livy see what is meant to be or will she continue to build a wall around her heart?

Fate's love is part of a series but can be read as a standalone. This is a wonderful read and one you need to read ASAP.
Read more
Report abuse
See all reviews
Back to top
Get to Know Us
Make Money with Us
Let Us Help You
And don't forget:
© 1996-2021, Amazon.com, Inc. or its affiliates