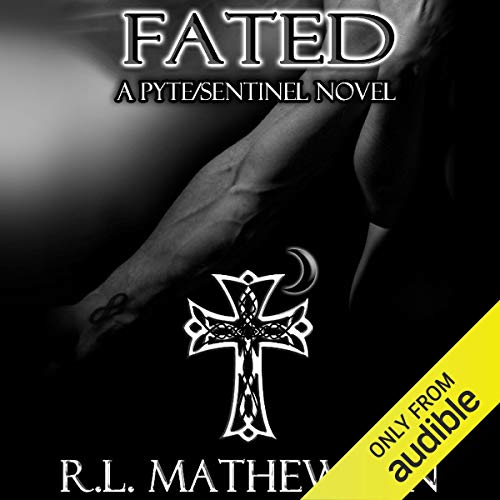 4.5 out of 5 stars
4.5 out of 5
462 global ratings
How are ratings calculated?
To calculate the overall star rating and percentage breakdown by star, we don’t use a simple average. Instead, our system considers things like how recent a review is and if the reviewer bought the item on Amazon. It also analyses reviews to verify trustworthiness.

I have been waiting for this book since R.L. put a teaser as one of the chronicles probably about a year and a half ago and let me tell you if was worth it! I loved this book (and although I love all her books) and is definitely one of my favourites of hers. You will get the all the laughs you can expect from R.L. and more. I love the fact that this author can make a book so funny but ensure that the story gets told and not lost while the author is trying to make it funny (I have read books where authors try and add humour and it just falls flat). The tie in with the rest of the Pyte/Sentenial books was a good one and I loved reading the epilogue it was fantastic. I can't wait for Kale's book especially when he meets his match, I'm also looking forward to Jill's book. So if you (are not already a R.L. Mathewson fan) are thinking about reading this book you definitely should and while it is the fifth book in the Pyte series you can definitely read it as a stand alone but after you read this one you will have to go and buy all her other books because she is that good!
Read more
One person found this helpful
Helpful
Report abuse

Amazon Customer
5.0 out of 5 stars Loved it
Reviewed in Australia on 2 April 2016
Verified Purchase
As always, I really enjoyed R.L's latest and greatest. The exploration into the Shifter world was fun, scary, funny, and passionate. I loved Kara's witty personality, and I finished the book in two days (would've been sooner if i didn't have uni work I had to do)
I'd definitely recommend fated, it's a great addition to the series, which at first appears like it won't fit in with the world but our favourite characters do appear, promise.

Wren
2.0 out of 5 stars The Bradfords as a Werewolf Pack
Reviewed in Australia on 2 April 2016
Verified Purchase
Fated is not as intense as the rest of the pyte/sentinel series, it's the werewolf version of the Bradford family i.e. The food obsession and humour are exactly the same. After the last pyte/sentinel book, I was expecting this instalment to be about Jill, as the readers were left on a cliffhanger and a long spell between the pyte/sentinel books as it is but no, we were given a continuous repetitive explanation many times over and a giggle. I love the pyte/sentinel series, this instalment is below parr.
Read more
Helpful
Report abuse

If you are looking for a great read then look no further than this series, I have gotten all my friends who love to read to read everything that this wonder person puts out and they have become as obsessed with her books as I have.
Read more
Helpful
Report abuse

Rach
5.0 out of 5 stars R.l does it again!
Reviewed in Australia on 27 March 2016
Verified Purchase
I love the way R.l writes her books!

This is the first full shifter (werewolf) book in the pyte/sentinel serious. I really liked Kara & Drew's story & look forward to seeing them in future books along with the original gang.
Read more
Helpful
Report abuse

Caroline Heredia
5.0 out of 5 stars Amazeballzzzzzz
Reviewed in Australia on 2 April 2016
Verified Purchase
Loved it. Always look forward to reading R.L's books. Cant wait for the next book. Thanks for a great read.
Read more
Helpful
Report abuse

Tina Marks
5.0 out of 5 stars Loved this shifter 💙💙💙💙💙
Reviewed in Australia on 2 April 2016
Another awesome book by the famously funny and creative author!!
RL 's books get one clicked without even reading the blurb because I know each and every time it will be an incredible book filled with love, angst, great storylines, character build and lots of sexy times!!
Fated! A must read!
Ps... Us tall ones must stick together❤️
Read more
Helpful
Report abuse
See all reviews

Kara & Drew have participated in a loathe/loathe relationship from the day they met. She was a scared, angry 14 yr old brought to his Alpha Father by her Cousin, he asked that their Pack take her in, she'd been thrown out of her original Pack.😞 His Father refused but said she could stay in Boston as a Mutt under various conditions - She agreed eagerly even though it meant a really difficult life for her!😳😞 Drew was in the dark as to why an Alpha wouldn't except an extra female, but he wasn't in position to help - much!!😉

They'd butted heads, figuratively, over the years since. She thought he was an unfeeling manwh*re & he thought she was put on the planet to make his life as difficult as possible!😂 One night in his nightclub, she's been annoying him as usual, so he goes to have serious words with her because his position as Alpha, now he's taken over the Pack from his Father, is being jeopardized by her constant belittling of him in public. She's knocked over & without thought he grabs her to stop her landing on the heaving dance floor & getting hurt - lightening may as well have hit them both!⚡🙈 That simple first touch is all it takes to mark them both as each other's Fated Mates, Then the fun, games, agony & heartache really start!💥😲😥💔🔥💘

This is an enjoyable, mostly fun & at times violent read. They're a great combination together, especially as they both slowly realise they aren't just fated mates but true love bonded mates as well!!💕🙏🔥 There are big shocks in store for them both that will turn their lives upside down in more ways than one.💥😱

S. Rifflart
2.0 out of 5 stars Poor, two stars is probably generous
Reviewed in the United Kingdom on 5 February 2021
Verified Purchase
When I read the first Pyte/Sentinal book it was brilliant. I was also able to read it to my 10 year old nieces by editing out the odd sexual references and swearing. And they loved it. The next book the same. By the third book sex was more of an issue and editing much harder. The girls are grown now and I no longer have to worry about reading to them. Thank goddess because this book - up to chapter 34 or there abouts was solid sex and swearing and whilst I’m no prude - hey I’ve read 50 shades - Where was the story? After chapter 43 we had a glimpse of story line then back to sex talk. This by the way, was very repetitive. Lots of the same - over, yawn, and over again. Last couple of chapters contained the backstory and the usual soul searching and that was it. Too little story that wasn’t sex and that’s just not good enough. The author has obviously decided that she can stretch out a weak storyline by filling it with graphic sex. Not sure if I need to bother reading the next book except for the last chapter or two. I think you can tell I’m disappointed
Read more
Report abuse

Louise H - "Life In The Book Lane" Book Reviews
4.0 out of 5 stars Another fabulous instalment of a great series.
Reviewed in the United Kingdom on 26 December 2019
Verified Purchase
I really enjoyed this book, even though it felt very 'apart' from the rest of the Pyte/Sentinel series. It was quite refreshing to have this new aspect introduced, rather than end up with a book that stuck with a tried and tested formula but brought nothing new to the table. Other than Kyle, we haven't seen a 'positive' side to the shifter population, this provided balance, plus opened up a whole world of possibilities with the twist at the end.

There was very little linkage to the previous characters and storyline, and what there was felt a tad rushed to me. The pacing was excellent for a good 90% of the story, but the ending felt just a little too easily resolved. That said I still LOVED Drew and Kara, and am very much intrigued to see what destiny and fate have in store for them. Their's is a passionate story, full of danger, mystery and the humour that is synonymous with this author's name.

Kara is one of my favourite heroines of the series, and even though I felt less connected to Drew I still really liked him. I could feel their emotions, believed in their connection and enjoyed every moment of this fast paced, amusing and steamy (Oh so steamy!) paranormal romance.
Read more
Report abuse

M
5.0 out of 5 stars Drew Specials
Reviewed in the United Kingdom on 6 April 2016
Verified Purchase
I really enjoyed this book. Fated let's us see into the world of the Shifters. We are introduced to two new characters in the series 'Drew' and 'Kara' who are both shifters. I love Kara's fireball energy and Drew's douchiness - he's a powerful Alpha, his duty is to protect the pack, so don't expect him to sing lullabies or write sonnets. But don't let his douchiness fool you because Kara gives it to him just as much, and don't let his douchiness lead you to believe he hasn't a heart in the world because...wow (inserts big dreamy eyes). They both work so well together, the banter between the two would have you laughing and the chemistry is scorching hot. The twists, the banter, the action, the tears, all perfectly balanced. I didn't want the story to end. I need more Drew Specials and Kara's fireball energy.
Read more
4 people found this helpful
Report abuse

Mrs. C. A. Burford
5.0 out of 5 stars Wow a fantastic read as always
Reviewed in the United Kingdom on 31 March 2016
Verified Purchase
I absolutely loved this book. I am an avid fan of anything R.L. writes but the Pyte/Sentinel series has always been my favourite.

This book was slightly different from the rest of the series in that our usual well loved characters of the series were not really part of it, however, that did not make this book any less fantastic.

We got to find out about some fantastic characters Drew, Kara and Ryan (shifters). The relationship between Drew and Kara had me laughing at quite a few points and I now have a new book boyfriend (to add to many others) in Drew.

I loved the "twists" in the story and look forward to finding out more about these loveable characters in future books in the series (as well as my other beloved characters from previous books).
Read more
4 people found this helpful
Report abuse
See all reviews
Back to top
Get to Know Us
Make Money with Us
Let Us Help You
And don't forget:
© 1996-2021, Amazon.com, Inc. or its affiliates