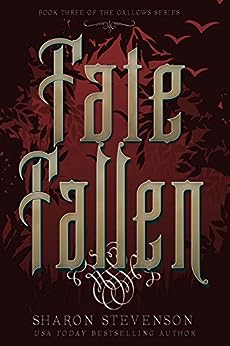 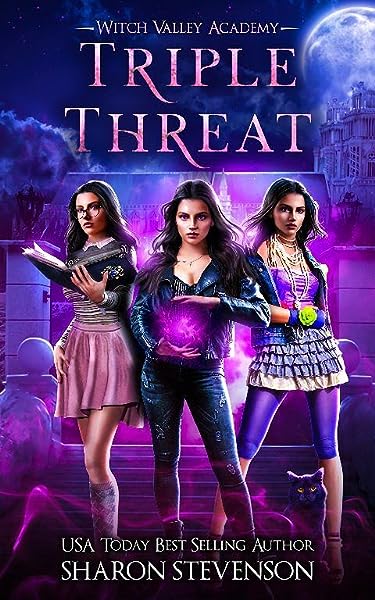 Sibyl Mory
5.0 out of 5 stars HORROR, TERROR, BLOOD...AND SHEER CLASS...
Reviewed in the United Kingdom on 9 April 2014
Verified Purchase
At the beginning of this great novel we meet Shaun and Elle, still to consummate their relationship, staying at a small hotel . Apart from the obvious, one other reason they are there is so Shaun can pursue his obsession over a boy who killed his own parents, and the little girl who then caused that boy's own death. From this intriguing opening we are swiftly led into a series of fascinating encounters with and between trackers, mind-readers, fairies, witches, wolves and vampires, described with the verve and drippingly sexual overtones we have come to expect from Sharon Stevenson's work. The author's smooth narrative style and ease of expression imbues characters and settings with great authenticity and viability. A series of traumatic, tense episodes involving mind-reading, teleporting, spells, and, in particular, horrific, blood-splattered visions of the future, keeps the reader enthralled and gasping for more. We meet a host of characters, including Shaun's sister, Sarah, and witness the chilling re-emergence of the vicious, unrepentant Adrian, amongst others. This action-packed drama combines the immediacy of the at times gruesome and stomach-churning present with characters' re-examination of and discoveries about their pasts and, even more disconcertingly, extremely disturbing visions of the future. As mentioned, this is all further set against the intriguing background of Elle's and Shaun's faltering relationship and their romantic `brushes' with other partners from their pasts, presents and even futures. Classically, and beautifully done. A thriller, horror-story, whatever you want to call it, with that vital added ingredient. Namely, class.
Read more
Report abuse

Matthew Holgate
5.0 out of 5 stars An Excellent Continuation
Reviewed in Canada on 9 July 2013
Verified Purchase
What I like best about Sharon Stevenson's Gallows novels are the characters. The books are fast paced, but have hit their stride, and the characters are really starting to shine through. I think Shaun as the "lesser" tracker actually developed first and we are really starting to see the layers now, and many of the cast of characters are doing the same with little gems here and there. I've actually thought Sarah had the least dimension, but she is also starting to come out strong.

Now that we're three books in (with a teaser of the fourth at the end), you really have to start at the beginning if you're a new reader. Stevenson keeps up the pace, letting us fill in what we need or what we should already know from the genre, but newbies won't get properly introduced to either the characters or the "rules" of the genre by jumping in midstream. They should definitely start at book one.
Read more
One person found this helpful
Report abuse

Kristen Lewendon
5.0 out of 5 stars Kept me guessing right to the end
Reviewed in Canada on 1 September 2016
Verified Purchase
This is a different perspective on the fey-folk from any other I've read, which was really refreshing. I loved this opportunity to learn more about Shaun and what makes him the man he's become. The drama and intrigue had me hooked from the very beginning and kept me guessing right to the end. I can't wait to read what else is in store for the Gallows twins.
Read more
Report abuse

Sheeba
5.0 out of 5 stars The stakes are raised for Shaun and Sarah
Reviewed in the United States on 27 February 2017
Verified Purchase
The twins are back and their demon tracking world grows darker still. Shaun learns it is a bad idea to bring a date to a haunted house when a murder mystery quickly spirals into a cat-and-mouse game with a deadly Fae. Sarah and Ray’s relationship is put to the test with Ben and an even greater threat: Sarah’s mother. The ass-kicking in this installment is in prime form, and Stevenson knows how to write at a rapid pace to keep you turning the pages. My favorite Dev cracks me up as usual, and the end is a tantalizing peek into what further challenges away the twins. The wry humor, twists and turns, and secondary characters who constantly keep the twins on their toes make this a great urban fantasy series to return to again and again.
Read more
Report abuse

FredReadIt
5.0 out of 5 stars The third Gallows Novel takes it up a notch
Reviewed in the United States on 14 May 2013
Verified Purchase
This was a great book. I read the first two books in this series and I really like Sharon Stevenson as a writer, she keeps the dialogue punchy and fun, and she keeps the story lines crisply entertaining. But with this book she took a dark turn, and there are some scenes in here that will make you cringe. Which is great fun, the best heroes are always gauged by the villains they face and in this book Stevenson really hits the mark with her bad guy, who is just plain creepy. She also stretches out her characters, I really liked seeing more of Elle/Teri in this book she's a cool character. And Flicky just cracks me up. I'm really looking forward to what happens between Shaun & Rebecca. And the tease for book four was...shocking. I couldn't recommend this book any higher, this is the best book Sharon has done so far, and I'm sure it will just keep getting better.
Read more
2 people found this helpful
Report abuse
See all reviews
Back to top
Get to Know Us
Make Money with Us
Let Us Help You
And don't forget:
© 1996-2021, Amazon.com, Inc. or its affiliates