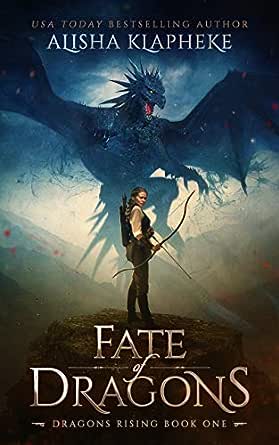 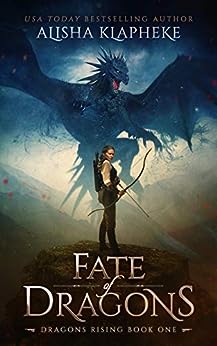 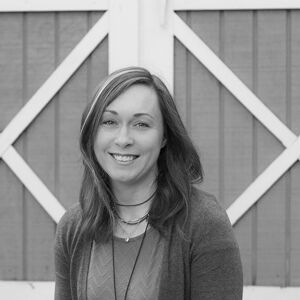 "Daringly magical! I loved it! I really enjoyed this new fantasy world with dragons, elves, humans and sea people. Full of danger, mystery and suspense I couldn't put this book down. I can't wait to see how everything plays out and how the story progresses.!" -Goodreads Reviewer

"I absolutely loved it!" -Goodreads Reviewer

"I LOVED it! What an amazing world, story, and adventure!" -Goodreads Reviewer

"I just didn't want it to end! I wanted to keep reading and living in that world ... Books like this become my favorites!" -Goodreads Reviewer

4.4 out of 5 stars
4.4 out of 5
215 global ratings
How are ratings calculated?
To calculate the overall star rating and percentage breakdown by star, we don’t use a simple average. Instead, our system considers things like how recent a review is and if the reviewer bought the item on Amazon. It also analyses reviews to verify trustworthiness.

BooksAndYass
5.0 out of 5 stars Epic high fantasy that's a pleasure to read
Reviewed in Australia on 16 July 2019
Verified Purchase
Fate of the Dragons introduces us to a world where only one human has survived the great war, elves are meant to be extinct, the sea people have taken over most of the world covering it in salt water ocean bar one continent where the only remaining race lives, the dragons 🐲

Vahly, the last remaining human was saved and raised by a dragon matriarch and is marked to be a legendary human Queen. An earth Queen, the only hope against the Sea Queens obsession to completely take over and eliminate the dragons💪... But her powers haven't emerged and she doesn't know why😩 She does know she needs to get her powers and thus starts her journey to find what remains of Elven civilization to save herself and the dragons she calls family ❤

Fate of Dragons has a beautifully thought out world and wonderful characters that have sass and snark and sweetness and everything you could want 🙈 the author isn't afraid to kill off characters either and show the realities of political struggles during war even in a fantastical world and this makes it even better to read. 👌

Honestly, this book was an addictive high fantasy that got me reading both this book and it's sequel within 4 days because I didn't want to leave the world Alisha had created 😍

Trina H
TOP 1000 REVIEWER
5.0 out of 5 stars The beginning of a great series
Reviewed in Australia on 17 March 2020
Verified Purchase
Great fantasy, different view of the dragons to other books read. Love all the surprises around the corner for Vahly, would love to read book 2 to see what is next but beyond my price range, will have to wait for it to come on special or someone give me a Christmas present. listened to it as an audio very well narrated.
Read more
Helpful
Report abuse

Kris Talbot
5.0 out of 5 stars Dragons Rising
Reviewed in Australia on 2 January 2020
Verified Purchase
A different spin on a Dragon epic. I have enjoyed the first book learning who the many characters are and seeding them develop I'm looking forward to the next book
Read more
Helpful
Report abuse

Liz H
5.0 out of 5 stars Dragons, elves, sea creatures and an Earth Queen in an epic fantasy adventure
Reviewed in Australia on 25 June 2019
Verified Purchase
I loved this book. It had all the elements of a great fantasy series--great world-buildung, interesting characters and an epic quest--plus it was well written and left me wanting more. I can't wait to read the next in series.
Read more
Helpful
Report abuse
See all reviews

Rose bud
2.0 out of 5 stars Good but not great
Reviewed in the United Kingdom on 16 July 2019
Verified Purchase
The cover drew me in straight away, and I loved the world building, however I found it over written, description used in places in shouldn’t be, then you forgot what the person was saying.
The characters were flat. They all had one goal, and Vahly was not written well… I felt no attachment to her at all, and if I don’t emphasise with a character, there’s no point in reading…. She’s the last of the humans, she felt out of place among the dragons, who had taken her in as one of their own. The way she was written left me feeling nothing for the Earth queen.
The humour in the book felt forced and out of place at times, like a common bar discussion went in to a fight with hardly any description except of what vahly was thinking….
I got bored quickly, I wish I could give this book more stars. But sadly, it didn’t live up to exceptions. I don’t like giving bad reviews. But if I struggle to read a book or get bored reading it, I feel one is justified.
Don’t be put off by my review decided for yourself.
Read more
2 people found this helpful
Report abuse

Roger Weetch
5.0 out of 5 stars An enjoyable read for fantasy lovers.
Reviewed in the United Kingdom on 26 February 2020
Verified Purchase
The four elements: earth, fire, air and water are each controlled by a different species: humans, dragons, elves and seafolk respectively. None of these trust the others but when the sea creatures who control the water, manage to drown the last human habitation a dragon manages to save a child, Vahly, and bring her up in the hope that she will become an Earth Queen, capable of utilising the power of earth to prevent the Sea Queen from drowning the last remaining continent and wiping out the dragons and elves. The story tells how Vahly, without power, must overcome the hatred and distrust of these groups. The setting is imaginative, characters are well drawn and the action entertaining. I thoroughly enjoyed the book and recommend it to all lovers of fantasy.
Read more
Report abuse

Kindle Customer
5.0 out of 5 stars Dragons, Elves and the last human...
Reviewed in the United Kingdom on 11 May 2019
Verified Purchase
When you are the last human on world that is getting smaller and smaller, who can you turn to? Obviously Elves but then how would your dragon family come to terms with your choices?
Cant wait for the next in the series... Another brilliant story line from Alisha Klapheke.
Read more
Report abuse

L. L.
5.0 out of 5 stars A new adventure begins
Reviewed in the United Kingdom on 30 June 2019
Verified Purchase
I really loved the book. This is what epic fantasy is all about. I recommend you go get it today!
Read more
Report abuse

Kindle Customer
4.0 out of 5 stars Fun and unexpected fantasy with dragons, elves and sea folk
Reviewed in Canada on 1 July 2019
Verified Purchase
Fate of Dragons was an enjoyable read with a fun cast of characters, a creative setting (I especially loved the thought and detail that went into how the sea kynd lived and moved around) and some really great moments: fun banter, heartbreak and some cool battle scenes. Definitely a series I'll keep following!
Read more
Report abuse
See all reviews
Get FREE delivery with Amazon Prime
Prime members enjoy FREE Delivery and exclusive access to movies, TV shows, music, Kindle e-books, Twitch Prime, and more.
> Get Started
Back to top
Get to Know Us
Make Money with Us
Let Us Help You
And don't forget:
© 1996-2020, Amazon.com, Inc. or its affiliates