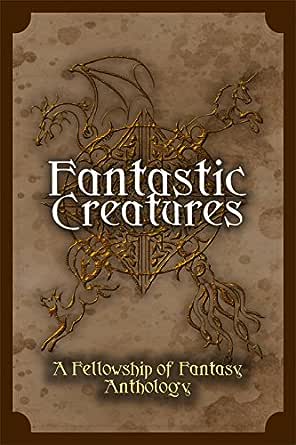 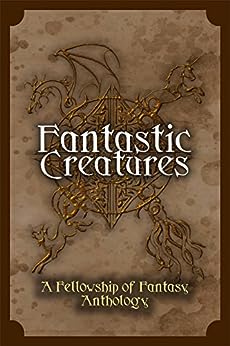 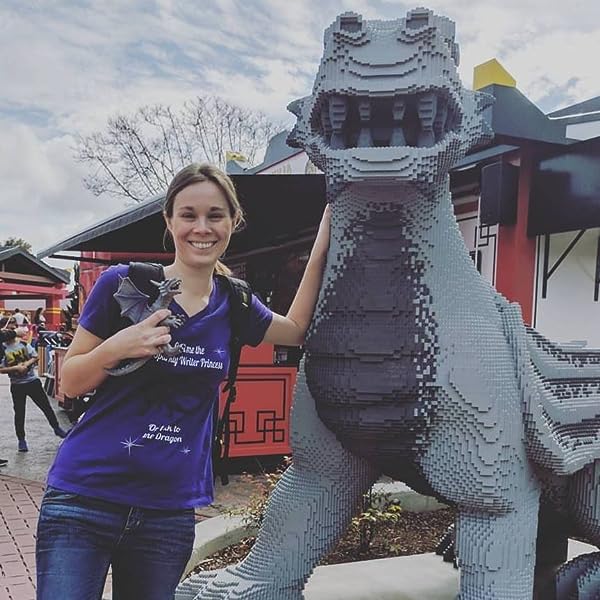 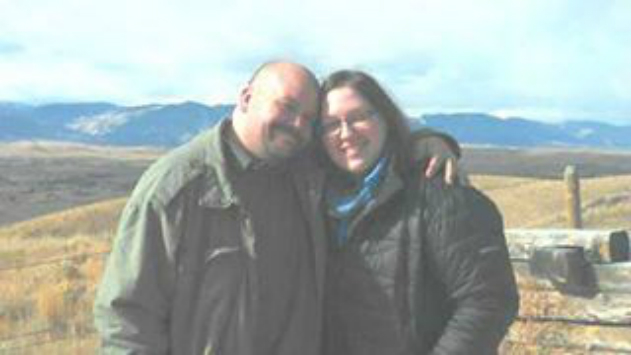 4.3 out of 5 stars
4.3 out of 5
137 global ratings
How are ratings calculated?
To calculate the overall star rating and percentage breakdown by star, we don’t use a simple average. Instead, our system considers things like how recent a review is and if the reviewer bought the item on Amazon. It also analyses reviews to verify trustworthiness.

Annette Kenny
3.0 out of 5 stars A collection of fantasy teasers!
Reviewed in Australia on 25 March 2019
Verified Purchase
A collection of short tales by various authors giving an insight into their writing styles. The stories are all very different while having the same basic fantasy theme in common. I enjoyed some more than others as they cover a wide scope of tastes and humour.
Read more
Helpful
Comment Report abuse

I liked more than I disliked. That's a plus. Several stories, even if they weren't my particular "thing" had strong voices that were so impressive I would recommend them based just on how well they were written. It's hard to put an age on this. Some of these stories easily would entertain a younger audience, while others were more in the adult category. I actually laughed over the back cover saying something about "no sex here" and thinking hopefully a parent wouldn't hand this to a young ambitious reader and then have to explain what sex was since it says it on the back.

"Three Steaks and a Box of Chocolates" was a great example of an author grounding themselves in their character's voice and executing a story from that perspective.

"Snapdragon" was a cute story that I almost wished was longer, yet it wrapped up so well that I'm not sure there was really more to tell. As always, Lea Doue wields her skill like a ninja dicing up a cake into perfect segments.

"The Golden City Captives" started out strong and the world was interesting, but when the climax hit I was completely and utterly lost. I couldn't envision what was happening and in general it was a very confusing action scene that did not end the story in a satisfactory and fulfilling way.

"Seekers" while beautifully written with a strong voice, this wasn't my cup of tea. I blame my dislike of selkies. I think it's horrible for a mother to abandon her child and husband(who for all appearances she had a good, healthy relationship with) and come back years later and take the child.

"Skin Deep" I really enjoyed, easily one of my favorites. Strong writing and plot. I'd love to see this expanded into a full story.

"The Last Chronicle of Pete Mersill" I'm still in shock that this was a short story because it was so . . . something that I felt like I'd sat down and read a novel. Very different from every other story in the anthology. It's sorta dark, depressing, and has this sense of hopelessness, but oh so interesting and what a situation to be in as Pete. Great story.

"Priscilla the Magnificent, Flying Giant Squid" Cute story about a giant octopus who wants to fly and a woman looking to perform one last grand feat to redeem her old partner's memory.

"An Adventurer's Heart" This was a bit odd because it was about a girl who wanted revenge, but all the story covered was her getting what she needed to fulfill her mission by going on mini-quests. It was like watching Frodo pack up to go on his quest, but never actually seeing anything after he left the Shire.

"Celebration" A unique story that could be seen as kind of morbid, but I saw it as heart-warming. I think it also translates a bit to real life where someone dies and the loved ones spend time bickering over the will and the body isn't even cold yet. Here we have goblins who we'd think would be less "decent" than humans who give a deceased king a send-off that I could tell in their way was a high honor.

"Talori and the Shark" A cool twist on a combo Beauty and the Beast and East of the Sun, West of the Moon. Those are my two favorite fairytales and I may be partial at seeing them combined together.

"Reviving the Sword" I was excited to see a centaur story, but felt the lack of a strong plot sunk the story into mediocrity.

"Mother's Night Out" Well-written, but this would be my least favorite story in the lot. I don't really like darker stories and this was the most graphic/violent of the stories(I'd forgotten which ones had the warning on them by the time I got to them). I found the concept disturbing and gruesome. The complete lack of caring on the part of all of the characters over the events of the story, combined with the MC deciding she's all cool with the whole thing(including everyone's callous attitude) as long as she's paid well to be off-putting. I think this is probably something lovers of dark tales would enjoy. So while I figured I'd give anyone who has an over active imagination like myself and can't forget things a warning. But this could also be seen as a plus for someone who enjoys a well-written twisted tale.

"The Very Last Dragon" This one read like an old-timey tale where everyone's got the ridiculous names and absurd dialogue. Everything's dramatic and pompous with the intent at hilarity. Hopefully that was Katy's intent because if it was she did it very well. It's the kind of story that makes you smile and I think younger readers especially would get a kick out of this.

"Ishka's Garden" I think this would've been a very interesting story if put into a novel. But as a short story I felt it had a lot of background terms and events that I spent too much time trying to figure out. It was like someone dumped me into the middle of Star Wars and expected me to know what everyone meant by Jedi and the Force and who Ben was and why his death mattered. But if this was put into a full story with the background and time to add in world-building while explaining, I'd read it.

"Absolutely True Facts about the Pacific Tree Octopus" A story grounded "our world" with the idea that what if an innocent child who believes everything they hear decided to go out and prove they're right. The 8 year old voice was done very well and this is another one I think younger readers would absolutely love, especially if they're kids who like the idea of proving that there really are fantastical things in this world.

I was gifted this anthology by one of the authors.
Read more
Helpful
Comment Report abuse

Chris Graham
4.0 out of 5 stars Great 'bite sized' reads.
Reviewed in Australia on 12 March 2017
A great selection of Fantasy Tales that not only entertained, but gave me insight into the writing skills of each author.
Fortunately, at the end of most (but not all) stories, there was a snippet of information about the relevant author, and embedded links to their sites, so I was able to see what other works they had to offer.
I now have even more books to read in my TBR pile.
Read more
Helpful
Comment Report abuse
See all reviews

PW
3.0 out of 5 stars Marmite collection
Reviewed in the United Kingdom on 8 June 2017
Verified Purchase
I've finished the book, but, like many of the other readers here, I found that there were some stories to love and some to hate. Some gifted writers and some who should stop now.

"Seekers" was a beautiful story, which made me buy (the not quite so good) "Bone Knife" short.

It's worth a read, certainly to pick up some ideas or just to pass the time. Just don't pay too much for it if you ever have to.
Read more
One person found this helpful
Report abuse

Mrs. W
3.0 out of 5 stars Worth trying for new authors.
Reviewed in the United Kingdom on 11 August 2019
Verified Purchase
I did like a few of these stories but I'm glad it was a kindle freebie. Most of the stories felt unfinished, some of them were obviously the start of a longer work. Useful as an intro to writers you might not have tried. I liked "snapdragon" and "the last dragon" so this gets the third star but I just didn't care for the rest.
Read more
One person found this helpful
Report abuse

Abigail Wright
5.0 out of 5 stars A very entertaining read...
Reviewed in the United Kingdom on 11 November 2018
Verified Purchase
Ok, largely the stories are formulaic and predictable but every one is well written and highly enjoyable, a great introduction to new writers if you haven't read works by them already and you aren't sure... A wide range of writing styles sure to please every reader even if you don't love them all, you're sure to like most of these.
Read more
Report abuse

Chris Graham
4.0 out of 5 stars Great 'bite sized' reads.
Reviewed in the United Kingdom on 12 March 2017
Verified Purchase
A great selection of Fantasy Tales that not only entertained, but gave me insight into the writing skills of each author.
Fortunately, at the end of most (but not all) stories, there was a snippet of information about the relevant author, and embedded links to their sites, so I was able to see what other works they had to offer.
I now have even more books to read in my TBR pile.
Read more
Report abuse

B3CK1⭐️
4.0 out of 5 stars Recommended
Reviewed in the United Kingdom on 22 August 2019
Verified Purchase
Great book to get lost in!
Read more
Report abuse
See all reviews
Get FREE delivery with Amazon Prime
Prime members enjoy FREE Delivery and exclusive access to movies, TV shows, music, Kindle e-books, Twitch Prime, and more.
> Get Started
Back to top
Get to Know Us
Make Money with Us
Let Us Help You
And don't forget:
© 1996-2020, Amazon.com, Inc. or its affiliates