The Family Tree Guide to DNA Testing and Genetic Genealogy and over 1.5 million other books are available for Amazon Kindle . Learn more
Share <Embed> 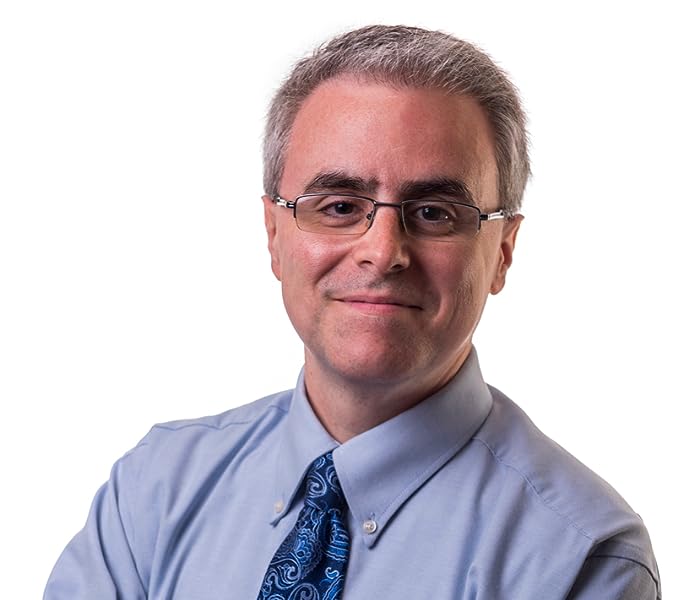 Page 1 of 1 Start overPage 1 of 1
Previous page
Next page
Start reading The Family Tree Guide to DNA Testing and Genetic Genealogy on your Kindle in under a minute.

"[This] Guide to DNA Testing offers a lot of information for the beginner and advanced researcher alike...[and] is easy to read and comprehend" --Bobbi King for Eastman's Online Genealogy Newsletter "There are very few titles on my book shelf in my genealogy office that I refer to constantly. I know that The Family Tree Guide to DNA Testing and Genetic Genealogy will be one of those titles for years to come. I don't think I could have made some of my recent progress in my research without the valuable information provided by a knowledgeable DNA [expert] like Blaine Bettinger." --Thomas MacEntee "Informative. Understandable. Solid." --Judy Russell, The Legal Genealogist "[Bettinger] describes, in the simplest of terms, how to begin using genetic technologies to connect with both close and more distant members of our great human family." --Jennifer Wagner for Genome magazine

4.7 out of 5 stars
4.7 out of 5
837 global ratings
How are ratings calculated?
To calculate the overall star rating and percentage breakdown by star, we don’t use a simple average. Instead, our system considers things like how recent a review is and if the reviewer bought the item on Amazon. It also analyses reviews to verify trustworthiness.

Robert C Larkin
5.0 out of 5 stars Great must read to understand DNA genealogy
Reviewed in Australia on 7 February 2020
Verified Purchase
I purchased the first edition before Christmas 19 and thoroughly enjoy using it as a reference, so much so as soon as I saw the 2nd edition I had to buy. Blaine makes DNA analysis almost simple. I say almost as if like me you are not a scholar you can at least write it down and learn it. I recommend it if you want to understand your DNA
Read more
Helpful
Report abuse

Tony Dyer
5.0 out of 5 stars Great book that could be really complicated but isn't.
Reviewed in Australia on 2 September 2019
Verified Purchase
Great book and although it's heavy going even I can understand it on first reading most of the time.
Read more
Helpful
Report abuse

J. G. Frost
5.0 out of 5 stars It's a good guide to genetic genealogy
Reviewed in Australia on 1 September 2019
Verified Purchase
I'm using this book to help guide me through DNA results in my family tree. A must read book.
Read more
Helpful
Report abuse

LindaVen
5.0 out of 5 stars A Must-Read for DNA Beginners
Reviewed in Australia on 9 September 2019
Verified Purchase
Very easy to understand for a novice to DNA Analysis.
Read more
Helpful
Report abuse

Anit Piquère
4.0 out of 5 stars The best book available on this complex topic, but could be better
Reviewed in the United Kingdom on 31 December 2017
Verified Purchase
This is probably the best book on this topic currently available. Although written by an American, British readers should not be deterred from buying it for that reason.

The book describes both the theory of DNA testing, in relatively non-technical language, the types of test available, and the type of information they can reveal. This is a complex topic, even for people who understand the underlying science, so this is not a book for light bedtime reading, but requires serious study. This is partly because some topics are not explained as clearly as they could be. On several occasions I had to refer to various websites to fully understand what the author was trying to say. For example, the fact that autosomes come in pairs is very relevant to genetic genealogy, but in many sections the author talks about them as if there were only one of each. Although this may have been for the sake of simplicity, I found this approach to be confusing rather than helpful.

There are also a few errors that should have been spotted at the editing stage. There are two instances on page 90 where the author refers to Richard III when he means Edward III, and in the accompanying family tree Edward appears as Edmund. There are also instances where an explanation could have been made much clearer by changing a word or two. For example, on page 126, when explaining the inheritance of X-DNA, the author is describing how a man's daughter shares X-DNA with her paternal grandmother, but instead of using the word 'daughter' uses the world 'child'. The inheritance pattern of X-DNA is a complex topic, which can be difficult to grasp. A son cannot inherit X-DNA from his paternal grandmother, and the explanation would have been much clearer if the author had substituted 'daughter' for 'child'.

One or two terms seem to be introduced without explanation, such as 'centiMorgan' and 'genome'. The book includes an introductory chapter in which several terms are introduced, and also a glossary, but neither of these terms is included. Nor can definitions be found using the index. One of the reasons I bought this book is that I had encountered the term centiMorgan on several websites and was expecting to find a detailed explanation in this book, but there is none. Overall, I would have preferred more information on more generic topics and less on the minutiae of the tests from the DNA testing companies.

In summary, this is probably the best book available on this complex topic at the present time, but there is scope for improvement. Books such as this rapidly become out of date, so frequent new editions are necessary. This is the first edition of this book, so I hope that the next edition will be improved to the extent that it merits five stars.

M. Illingworth
3.0 out of 5 stars Kindle version needs a PC
Reviewed in the United Kingdom on 19 December 2017
Verified Purchase
This is a review of the Kindle version of this book. It is a well structured description of a complex subject, leading the reader from the simple basic principles to increasing levels of detail. It is supported by what are no doubt good diagrams and illustrations, but only if you can see them in colour and at a large enough scale. I can read the text on a black and white Kindle, but the illustrations need colour to be understood. On the Kindle app of my smartphone I can see the colour, but the illustrations are too small. The Kindle version is really only useful on a PC.

Unless you want to use a PC, I suggest that you buy the printed version of this book.

Peter Williams
5.0 out of 5 stars The best book I've read on understanding the far from simple concept of DNA
Reviewed in the United Kingdom on 1 June 2020
Verified Purchase
I haven't found it easy to wrap my head around the process of recombination and chromatids but so far this this is the best book that I have read to give me an understanding of what's going on.

X and Y chromosomes and mtDNA are relatively straightforward. It's still not easy (or at least hasn't been for me, but I believe that the author has made a good fist of conveying concepts.

There are cheaper books and I thought hard before buying the Kindle version which is still expensive and on my iPAD (therefore in colour - I long since abandoned the Amazon Kindle devices) it has been more convenient than a book.
As an aside, Genealogy books these days frequently contain hyperlinks and providing you have an iPAD I have found Kindle versions to be so much more convenient because I can load the Kindle App on my Desktop as well and very quickly bookmark all the hyperlinks in a sub-category using my favourite browser 'Brave'. I find Google's insistence on tracking me worse than annoying and have spent quite a lot on software to block and remove cookies.

akahattie
4.0 out of 5 stars Brain has to work hard to keep up!
Reviewed in the United Kingdom on 14 March 2018
Verified Purchase
Not an easy book. It was like going back to school and doing a chapter every few days. I wish there had been tests to make sure everything was understood. I still don't understand completely, however, this book goes a long way. It's probably one of very few text books on the subject. I recommend that you join his Facebook group as fellow enthusiasts will help with any queries. A book to read slowly over and over again.
Read more
8 people found this helpful
Report abuse

Sue
4.0 out of 5 stars This book explains how to collate your DNA test results.
Reviewed in the United Kingdom on 3 June 2019
Verified Purchase
Most genetic DNA books tell you about the different tests available but I also need to know how to record matches and determine the relationships of those matches. This has been the best book for this. That is why I purchased a paperback copy rather than borrowing it from the library.
Read more
4 people found this helpful
Report abuse
See all reviews
Get FREE delivery with Amazon Prime
Prime members enjoy FREE Delivery and exclusive access to movies, TV shows, music, Kindle e-books, Twitch Prime, and more.
> Get Started
Back to top
Get to Know Us
Make Money with Us
Let Us Help You
And don't forget:
© 1996-2020, Amazon.com, Inc. or its affiliates