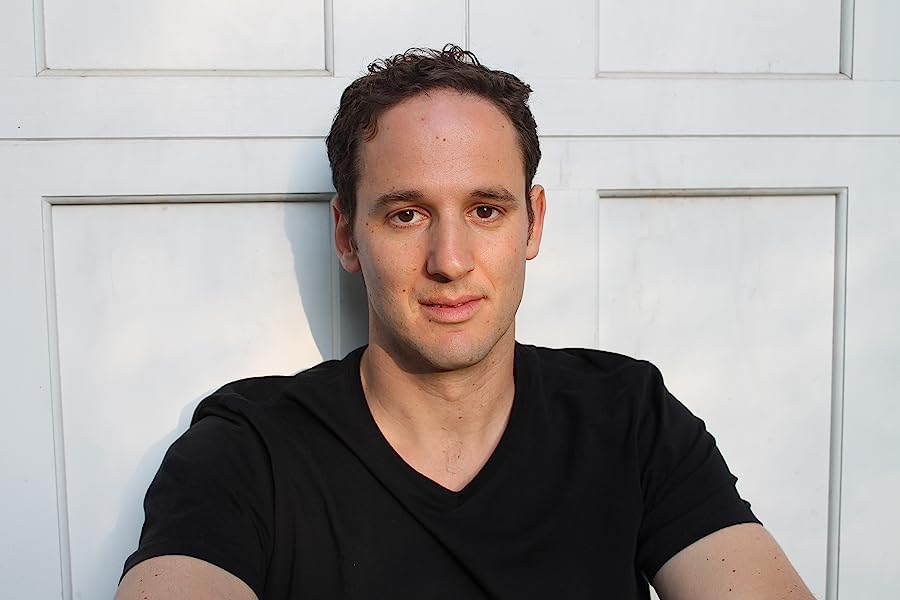 by Jake Halpern (Author)
4.3 out of 5 stars 16 ratings
See all formats and editions
Sorry, there was a problem loading this page. Try again.

Why do more people watch American Idol than the nightly news? What is it about Paris Hilton's dating life that lures us so? Why do teenage girls -- when given the option of "pressing a magic button and becoming either stronger, smarter, famous, or more beautiful" -- predominantly opt for fame? In this entertaining and enlightening book, Jake Halpern explores the fascinating and often dark implications of America's obsession with fame. He travels to a Hollywood home for aspiring child actors and enrolls in a program that trains celebrity assistants. He visits the offices of Us Weekly and a laboratory where monkeys give up food to stare at pictures of dominant members of their group. The book culminates in Halpern's encounter with Rod Stewart's biggest fan, a woman from Pittsburgh who nominated the singer for Hollywood's Walk of Fame. Fame Junkies reveals how psychology, technology, and even evolution conspire to make the world of red carpets and velvet ropes so enthralling to all of us on the outside looking in.
Read more
Previous page
Next page

"Jake Halpern presents a provocative expose on the origins of celebrity worship. His in-depth look at the public' s insatiable appetite for gossip is a fascinating read."
--Bonnie Fuller, VP and editorial director of Star magazine, and former editor of US Weekly, Cosmopolitan, and Glamour

"Jake Halpern presents a provocative expose on the origins of celebrity worship. His in-depth look at the public's insatiable appetite for gossip is a fascinating read."
--Bonnie Fuller, VP and editorial director of Star magazine, and former editor of US Weekly, Cosmopolitan, and Glamour

Jake Halpern is a journalist and author born in 1975. His book, Braving Home was a main selection for the Book of the Month Club by Bill Bryson and was a Library Journal Book of the Year. He is a contributor to NPR's All Things Considered and This American Life. He has written for The New York Times Magazine, The New Yorker, The Wall Street Journal, Sports Illustrated, The New Republic, Slate, Smithsonian, Entertainment Weekly, Outside, New York Magazine, and other publications. He is a fellow of Morse College at Yale University, where he teaches a class on writing.

When I was twenty years old, I took some time off from college and moved to Prague. It was the sort of inspired, half-baked decision that you can only make when you are twenty and clueless. A few weeks into my stay in Prague, I found an apartment and settled into a routine of doing very little ' wandering around the city, reading, and living off the money I'd saved. Almost immediately I sensed that it was a special time to be living there. This was back in 1995, and the city was teaming with artists, expatriates and lingering tourists, living in two-dollar-a-night hostels. Everyone there was writing a novel, or a play, or at least some essays. The apartment that I took over ' a drafty subterranean vault beneath a neighborhood pub ' had been the home of a long string of expatriated Americans before me, and the closets were filled with an array of dusty, discarded and abandoned manuscripts, most of them uncompleted.

Eventually, I got swept up in the bohemian spirit of it all and set to work on piece of writing of my own, a screenplay to be precise. The screenplay, which was called the Papaya Trap, was about a con artist who falls in love with a beautiful one-armed girl.

The truly transformative event of my time in Prague, however, was my decision to investigate my family's roots in this part of the world. I knew that some of my ancestors had once lived in Prague, and on a whim I telephoned my great-uncle (Joe Garray) in America, and asked him if we had any relatives who were still here. "No they all perished in the holocaust," he said. But I kept pushing him and eventually he told me that the man who saved him from the Germans still lived in a farm house in Slovakia at the edge of the Tatra Mountains. A week later I took a commuter plane to Bratislava and then a train to the small town where this man lived.

I showed up at his door after sundown and he came to the gate cautiously, leaning heavily on a wooden cane, face trembling and bald except for a few long loops of white hairs, his feet engulfed in a swarm of mutts who guarded his every step. After trying to explain who I was for almost five minutes, he led me through the back door and into his kitchen. It was bare room, illuminated in dingy fluorescent light, occupied only by a few stools, a couch covered in dog hairs, and a hissing radiator. Here he told me about hiding my uncle and their numerous close calls with the Slovak Gestapo. When the situation at the farmhouse became too heated, they fled to the mountains in the cold of winter and lived like hermits for six months. More than anything else this story convinced me that I wanted to dedicate my life to becoming a professional storyteller.

After college, I landed an internship at The New Republic. My chief responsibility at the magazine was researching and fact-checking. I spent hours, days, and weeks looking for correct spellings and exact dates. Being a quick fact-checker was always a point of pride among the office grunts like myself, and though it was an obscure and largely useless skill, I found it quite helpful in tracking down information on dangerous and outlandish towns. On my lunch breaks and in between assignments I searched for clues, and gradually I found them ' reports of holdouts living on lava fields, windswept sandbars, and desolate arctic glaciers. I spent Sunday afternoons combing the web with a smattering of search terms like 'squatter,' 'won't leave home,' and 'people call him crazy.' I became friendly with the press office at the Federal Emergency Management Agency (FEMA), and I pumped them for ideas. It turned into something of a hobby.

Eventually, the short magazine pieces that I wrote on people and their homes attracted the interest of a literary agent who convinced me to write a book, which I then did. This book ' Braving Home (Houghton Mifflin, 2003) ' allowed me to quit my job and become a fulltime, self-employed writer.

Maristella
4.0 out of 5 stars Quite Good Book
Reviewed in the United States on 18 January 2017
Verified Purchase
This is a pretty good book. I read it during a difficult time in my life. It was a hard lesson to read due to a lot of pain in my life at the time. All I wanted to do was escape and I needed to. The book has some valuable lessons about how we try to escape from our own lives through our interest in celebrities. It is a true sentiment.
Read more
One person found this helpful
Report abuse

My only complaint is that she applies biological theory to a social phenomenon that in some places is ok... Also I found her use of statistics a bit misleading in some ways.

Overall there really is not another book like it and is a much needed book to have in ones arsenal if studying fame, pop culture, or the media. Was very happy to see she had a Sociologist as a silent partner on this one.
Read more
One person found this helpful
Report abuse

Dardopete
4.0 out of 5 stars Good insights
Reviewed in the United States on 29 April 2013
Verified Purchase
In tandem with a couple of other books on celebrity, I found this book quite helpful. It's basically a journalistic effort, and it puts a face on a lot of the statistics in other books trying to deal with this subject. "Celebrity" and "fame," which many see as a shallowness in society, are difficult topics to take seriously. This book, however, managed to do that, through a pretty good journalistic effort showing something about the lives of both the famous and the people who follow fame. Why we seek out the famous and chase celebrity is a question with many answers. I agree, he doesn't answer them all, but he gave at least me a much better insight into people who are drawn to the famous.
Read more
Report abuse

Matt Knight
4.0 out of 5 stars Good read with some very interesting perspective.
Reviewed in the United States on 17 December 2016
Verified Purchase
This was an entertaining look at psychological tendencies that apparently many of us have. A good read for any parent with aspiring children that may think show business is their calling.
Read more
Report abuse

Kindle Customer
4.0 out of 5 stars Very thought provoking!
Reviewed in the United States on 21 August 2013
Verified Purchase
This book evokes one question - why do people want to become famous? The author discovers that most people don't want to be famous for doing something important - the fame itself is what they want, regardless of the reason. This book was written prior to the reality show boom, and it's obvious that the author is right - in our society, fame is a value in itself. Very thought provoking!
Read more
One person found this helpful
Report abuse
See all reviews
Back to top
Get to Know Us
Make Money with Us
Let Us Help You
And don't forget:
© 1996-2021, Amazon.com, Inc. or its affiliates