The Falling Sword: Clash of Empires Book 2 and over 1.5 million other books are available for Amazon Kindle . Learn more
Share <Embed> 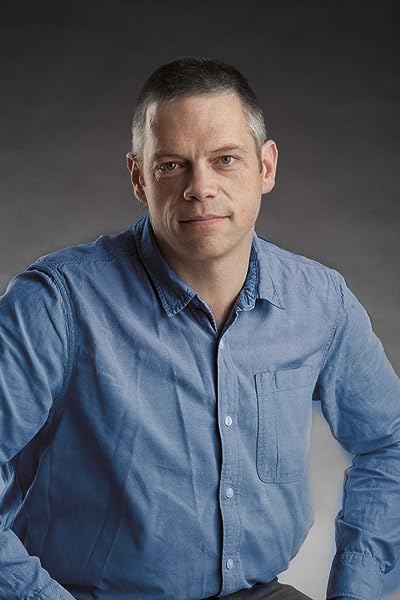 Page 1 of 1 Start overPage 1 of 1
Previous page
Next page
Start reading The Falling Sword: Clash of Empires Book 2 on your Kindle in under a minute.

To read one of Ben Kane's astonishingly well-researched, bestselling novels is to know that you are, historically speaking, in safe hands. -- Elizabeth Buchan, DAILY MAIL

This is a stunningly visual and powerful read: Kane's power of description is second to none... Perfect for anyone who is suffering from Game of Thrones withdrawal symptoms. -- Helena Gumley-Mason, THE LADY

Fans of battle-heavy historical fiction will, justly, adore Clash of Empires. With its rounded historical characters and fascinating historical setting, it deserves a wider audience - The TimesGrabs you from the start and never lets go. Thrilling action combines with historical authenticity to summon up a whole world in a sweeping tale of politics and war. A triumph!Epic . . . I haven't enjoyed a book this much for ages. There aren't many writers today who could take on this story and do it well. There might be none who could do it better than Ben KaneIt's a broad canvas Kane is painting on, but he does it with vivid colours and, like the Romans themselves, he can show great admiration for a Greek enemy and still kick them in the balls

CAN GREECE RESIST THE MIGHT OF ROME? Get ready for the climax of the Roman invasion of Greece in Sunday Times bestseller Ben Kane's latest historical adventure.

Kenya born, Irish by blood and UK resident, Ben Kane's passion for history has seen him change career from veterinary medicine to writing, and taken him to more than 60 countries, and all 7 continents. During his travels and subsequent research, including walking hundreds of miles in complete Roman military gear, he has learned much about the Romans and the way they lived. Ten of his thirteen novels have been Sunday Times top ten bestsellers, and his books are published in twelve languages; a million copies have sold worldwide. In 2016, his research was recognised by Bristol University with an honorary Doctor of Letters degree. Kane lives in Somerset with his wife and children, where he writes full time.

Kenya born, Irish by blood and UK resident, Ben Kane's passion for history has seen him change career from veterinary medicine to writing, and taken him to more than 60 countries, and all 7 continents. During his travels and subsequent research, including walking hundreds of miles in complete Roman military gear, he has learned much about the Romans and the way they lived. Ten of his thirteen novels have been Sunday Times top ten bestsellers, and his books are published in twelve languages; a million copies have sold worldwide. In 2016, his research was recognised by Bristol University with an honorary Doctor of Letters degree. Kane lives in Somerset with his wife and children, where he writes full time.
Read more

Dimitri
5.0 out of 5 stars One of Kane's best
Reviewed in Australia on 10 November 2019
Verified Purchase
Ben's done a great job weaving his characters together in a great plot which I found far more engaging than the first book, which spent a good deal of time setting up the world. Highly recommended, especially if like me you've read basically every piece of Roman hist fic written in the last decade.
Read more
Helpful
Report abuse
See all reviews

C. J. Moon
5.0 out of 5 stars The Falling Sword
Reviewed in the United Kingdom on 7 June 2019
Verified Purchase
Bestselling author Ben Kane returns with the eagerly awaited sequel to the brilliant Clash of Empires. Effortlessly continuing where Clash of Empires ended, the reader is thrown straight into the action once again as we see the conflict through the eyes of Felix and Demetrios, young men on opposing sides of the struggle between Rome and Macedonia for the control of Greece.
Both of the antagonists face their own battles from within their respective camps as well as on the battle field, as well as the comradeship of their friends and family members. Both of them will be tested to the limit in this enthralling novel from an author who has walked in the armour worn by the Romans at this time so knows exactly where it rubbed and where it irritated. Ben studies the history books from the time so no stone is left unturned in his quest to deliver a story of the highest quality.
What I particularly like about Ben Kane books though is the fact that because he tells the story from both sides of the conflict, he is able to deliver a truly well rounded and complete history of the events. He even excels himself with The Falling Sword as not only do we get the story from Felix and Demetrios, but also Flaminius and Philip, the respective leaders during the conflict. This really is a complete and well balanced account which any fan of historical fiction should have in their collection.

Very Unsatisfied Customer
5.0 out of 5 stars Utterly compelling from start to finish .
Reviewed in the United Kingdom on 17 May 2019
Verified Purchase
Ben Kane is an historical wordsmith extraordinaire. One of my favourite Romanesque stories " The Forgotten Legion Trilogy " I believed would never be beaten for sheer entertainment and beautifully crafted story lines. I however was wrong the Clash of the Empires books are so delicately written that you change sides between favouring the Macedons and the Romans countless times plus there are several different storylines all taking place concurrently. Thank you Ben for a quite frankly superb read.
Read more
6 people found this helpful
Report abuse

Nick Brett
4.0 out of 5 stars The battle for Greece
Reviewed in the United Kingdom on 13 June 2019
Verified Purchase
This is the follow up to the excellent “Clash of Empires”, set about 198BC with Rome and Philip of Macedon fighting over control of Greece. As with the previous book, we see the conflict from both sides and the author chooses not to make either one of the sides the “good guys”, the writing pushes you to understand and empathise with both sides and characters on both sides.
Facing up to Philip is the ambitious Flamininus and below either leader we also see the conflict at grunt level this giving us a command and strategic view but balanced with the reality of the troops fighting for their lives.
It’s exactly what you would expect from Ben Kane, well written, well researched and with solid characters. I slightly preferred the first of these two books as it put more of the pieces and characters in place, this just took those same characters further into the story. But this still remains top quality stuff and I enjoyed it a great deal.

Daniel Kelly
5.0 out of 5 stars Fronto row
Reviewed in the United Kingdom on 12 June 2019
Verified Purchase
Very few writers can hold your attention the way Ben Kane can, he has very obviously travelled the land and seen the terrain he writes about. Surprisingly their is no favouritism given in the war from someone who writes mostly, and obviously loves Roman history, to the degree that,knowing from history how it must end, you find yourself drawn to the Greek characters and feeling sorry for their losses and cheering their wins as well as the Romans.
Leaders are followed, but the followers also get attention on both sides, pain, grievances, losses. You feel their every win and death.
If you like Greek or Roman history, I couldn't recommend this highly enough.
Bring on the next Ben ***
Read more
3 people found this helpful
Report abuse

Eric Smith
3.0 out of 5 stars Not his best
Reviewed in the United Kingdom on 30 June 2020
Verified Purchase
Firstly I must say that I have always been a big fan of Ben Kane and have thoroughly enjoyed his previous novels. However I have found it extremely difficult to get involved with this two book series.
Following the Macedonian/Roman war from the point of view of foot soldiers from both sides seemed like a good idea but there was a lack of depth in both main characters and I struggled to care about their fates. Indeed, even the way that one of them was killed off , seemed almost as if the author had lost interest and could do nothing with him.
I got through to the end but felt that the last third was rushed and the story became so unlikely that it was difficult to remain interested.
Sorry Ben, but afraid not your best.
Read more
One person found this helpful
Report abuse
See all reviews
Get FREE delivery with Amazon Prime
Prime members enjoy FREE Delivery and exclusive access to movies, TV shows, music, Kindle e-books, Twitch Prime, and more.
> Get Started
Back to top
Get to Know Us
Make Money with Us
Let Us Help You
And don't forget:
© 1996-2021, Amazon.com, Inc. or its affiliates