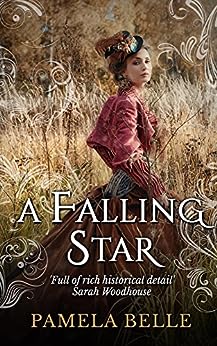 SP
2.0 out of 5 stars Plodding
Reviewed in Australia on 13 March 2017
Verified Purchase
I did not really enjoy this book. It reminded me of the horse Nance, brown and plodding. It was in dire need of some good editing and a crisper text. At times it bogged down in Somerset mud and rain, sliding into the ditch of mediocrity.
Read more
Helpful
Report abuse
See all reviews

avidreader
4.0 out of 5 stars Good, perhaps not as engaging as the first two books
Reviewed in the United Kingdom on 19 July 2017
Verified Purchase
I liked this book but it didn't work as well for me as the previous two in this series, which I thought were outstandingly good. I think the many events in the intervening years between books 2 and 3 were not the happiest to start the book - there had been deaths in the extended family, some of which were of dominant characters in the earlier books, and perhaps that affected my mood.

Additionally, I found this book a bit patchy - there wasn't the same flow of close family fighting together against the odds, and the very good, very detailed chapters relating to the Duke of Monmouth's attempted uprising didn't flow naturally into the overall story. Much later in the book, when events are coming to a head and the family, particularly Silence and Nick, take leading roles, I felt the same engagement as I did in the first two books. I found the love story a bit sudden and rushed, but I will be interested to read the next book - from the blurb, it sounds as though Alex and Louise's relationship falters quite dramatically
Read more
One person found this helpful
Report abuse

jan
5.0 out of 5 stars A thoroughly good read
Reviewed in the United Kingdom on 2 May 2018
Verified Purchase
I can't wait to start the next book in the series. These are the type of books where you want to know the end but you want it to go on and on
Read more
Report abuse

Sarah W
4.0 out of 5 stars Very enjoyable historical fiction
Reviewed in the United Kingdom on 5 September 2017
Verified Purchase
The third book in the Wintercombe series. Once again, Pamela Belle draws you into the story with her well-written characters and thorough historical research. A great book.
Read more
Report abuse