Falling For My Nemesis: A Sweet YA Romance and over 1.5 million other books are available for Amazon Kindle . Learn more 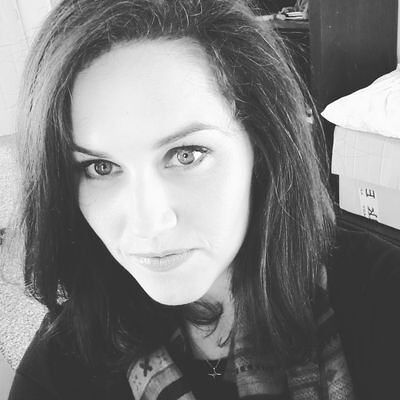 Falling For My Nemesis: A Sweet YA Romance (Sweet Water High) Paperback – 13 June 2019

Page 1 of 1 Start overPage 1 of 1
Previous page
Next page
Start reading Falling For My Nemesis on your Kindle in under a minute.

Len
5.0 out of 5 stars Haters to lovers. Excellent YA read
Reviewed in Australia on 13 June 2019
I received an ARC of this book

I absolutely loved this book. This is a bully romance. Mia and Carson’s chemistry is off the charts. Yes they do banter and exchange quips with each other but Carson’s bullying towards Mia is also a warped form of protecting her. Carson may be arrogant but there are other layers behind his character. He is also caring and thoughtful and also attentive. Mia starts off hating him but slowly they develop feelings towards each other.

The story also explores Mia and her best friend Ethan. They knew each other since they were kids. There is a possible romance but is quickly squashed as they care for each other as friends

This book was easy to read and I devoured it within a few hours. I love the HEA and was pining for Mia and Carson to be together. Highly recommended read for YA lovers
Read more
One person found this helpful
Helpful
Report abuse
See all reviews

Serena Myles
5.0 out of 5 stars LOVED
Reviewed in the United Kingdom on 14 June 2019
Verified Purchase
This is easily my favorite book from this series. I loved the characters, it was well written. Ended up staying awake until 3am to finish it (Sorry work!) I would defo want to buy this in paper back for my shelf!
Read more
Report abuse

Arceli
5.0 out of 5 stars sweeet and HOOOOT
Reviewed in the United States on 13 June 2019
Verified Purchase
This book is a great read to get out of my book funk.

I loved how refreshing Mia and Carson were as characters. Mia is just an amazing heroine. I loved how she is a good girl, but there is so much more to her. She is just a nice person and such a pleasant narrator. She doesn't speak bad or insult anyone.

Carson is just such a nice boy. I think what he does in the book is somewhat childish, but he just a nice person. I like how he riles Mia up. But, he is always there for her. And, the best part of his character is that he is such a complex guy. He has a nice personality and is incredibly sweet.

The romance is HOT. I loved how there was so much chemistry between Carson and Mia. The sexual tension just made the pages hot. Their banter and supposed hatred, really made the pages so fun that I didn't want the book to end. What I also liked was the relationship. It was a nice slow pace. There was so much angst and energy between them that it created for explosive kisses. I really liked how the kissing scenes were. They had real chemistry and you could feel the real emotion between the characters. Another thing I liked about their romance was how their relationship developed. It took a long time for Mia and Carson to truly appreciate each other. I liked that it took time. That made their relationship so much more belivable.

Kate McMurry
4.0 out of 5 stars G-rated, YA, Christmas-themed, enemies-to-lovers, romantic comedy
Reviewed in the United States on 4 May 2020
Verified Purchase
Mia Randalls only has a few more months of her senior year to survive while living in the battle zone of her home with parents who are on the verge of divorce. Her best friend, Ethan Brooks, who is a year younger than her, has been her loyal supporter and comforter ever since his family moved in next door years ago. But as much as she adores Ethan, she cannot stand his brother, Carson, who is Mia’s age.

Carson is the gorgeous, ripped captain of the school’s swim team, and he’s popular with everyone at school but Mia. He’s been the bane of her existence since soon after they met at age nine. Their homes share a private beach, and he callously laughed at her when she got terrifyingly knocked around by a big wave. In contrast, eight-year-old Ethan rushed to her aid, caring for her and comforting her that day. He’s been her BFF ever since, while Carson became her nemesis. All these years, up to the present moment, he has routinely teased and pranked her in juvenile ways, such as bumping into her, tripping her, or spilling drinks on her. And that cocky smirk of his drives her wild.

Mia has always done her best to ignore Carson, but his most recent prank proves to be her breaking point. He throws a basketball at her in gym class, and it smashes into her face. When she stares over at him through her rapidly swelling eye, the jerk is laughing at her, and she snaps. She stomps over to him and chokes him until the gym teacher tears her off of Carson and orders the two of them to the principal’s office.

The principal informs Mia and Carson that, technically, they both have assaulted each other, and that normally the penalty would be a two-week suspension. But to Mia’s relief, she offers them an alternative punishment. The two of them must work as a team to run the Angel Project, which provides food and presents to needy families at Christmastime. Feeling she has no choice in order to avoid a big, black mark on her school record that may harm her chances to get into her dream school, Mia concedes, and Carson agrees as well.

As the two of them begin spending time together, Mia is surprised to realize that there is more to Carson than an obnoxious prankster, and her attitude toward him slowly begins to change.

This G-rated, enemies-to-lovers, romantic comedy is a fun, fast read. It is told entirely from Mia’s first-person point of view, so we don’t get to know Carson as well as we might have done if this were dual point of view. But it is true that the mystery of his motivation for continually aggravating Mia over the years is enhanced by us never getting inside his head.

Though this novel is part of a series of books all set at the same high school, it stands alone, and it is not necessary to read any of the other books to get the full benefit of this story. Like all the books in this series, this book has a satisfying conclusion with no cliffhanger.

This is a classic, no-cheating, HEA romance. There is no sex, no drinking, no drugs, and no foul language, making this story suitable for all ages.

I rate this book as follows:

Goodbrother79
5.0 out of 5 stars Great story
Reviewed in the United States on 21 June 2019
Verified Purchase
I have read almost all the books in this stand alone series and loved them all. Carson and Mia have known each other since they were 9 and have been enemies ever since he pushed her head under water and she almost drowned. Little did she know that Carson has been pining over her since that very day. Such a set clean read!
Read more
2 people found this helpful
Report abuse

Madison Kellogg
5.0 out of 5 stars Talk about scorching hot chemistry... WOW!
Reviewed in the United States on 12 June 2019
Verified Purchase
Man, I just loved this book so much!!! The chemistry between Carson and Mia was unbelievable and my stomach was in knots the whole time. Such a cute, well written book. I'm definitely looking into the other books written by this author!
Read more
One person found this helpful
Report abuse
See all reviews
Back to top
Get to Know Us
Make Money with Us
Let Us Help You
And don't forget:
© 1996-2021, Amazon.com, Inc. or its affiliates