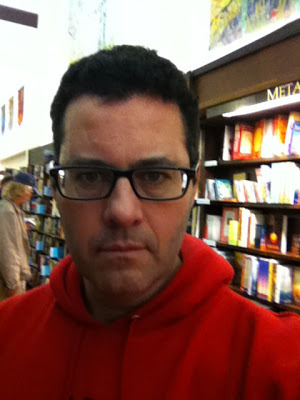 Another winner, with pathos, insight, sardonic humour and lyrical descriptions that counterpoint the red-hot sequences to superb effect ― Guardian

McKinty is a streetwise, energetic gunslinger of a writer, firing off volleys of sassy dialogue and explosive action that always delivers what it promises . . . Skilfully constructed and full throttle forwards ― Irish Times

'When it comes to Northern Irish crime fiction, Adrian McKinty forged the path the rest of us follow.' -- Stuart Neville

Adrian McKinty grew up in Carrickfergus, Northern Ireland. After studying at Oxford University he moved to New York City, working in bars, bookstores, building sites and finally the basement stacks of the Columbia University Medical School Library. In 2000 he relocated to Denver, Colorado where he taught high school English and began writing fiction. His debut Dead I Well May Be -9781846686993] was shortlisted for the Ian Fleming Steel Dagger Award and his recent novel Fifty Grand [9781846687419] won the 2010 Spinetingler Award. In 2009 Adrian moved to Melbourne, Australia with his wife and two children.

Snapdragon
TOP 50 REVIEWER
5.0 out of 5 stars Vintage McKinty
Reviewed in Australia on 12 May 2019
Verified Purchase
Adrian McKinty writes good crime fiction. It’s muscular, with plenty of action and the body count rises, but his heroes have a thoughtful philosophical spark that makes them interesting. Killian is a fascinating character. He’s a Parvee, an Irish tinker who speaks Shelta, an argot of Irish. He grew up illiterate, only learning to read and write in his twenties, which is when he went to the States to do standover work. On returning to Ireland he acquired property and started a university degree but like others caught in the bust of the Celtic Tiger, finds himself at forty (old by Parvee standards) with negative equity and needing to replenish the coffers. So he takes a US job to straighten out a defaulting gambler. This he does with the aplomb for which he is renowned: instead of physical violence he finagles a financial deal where the guy signs over his house.
Then he’s flown to Macau, where Irish airline entrepreneur Coulter - on wife #3 - is setting up a casino. Coulter’s second wife has gone AWOL with their two daughters. She’s a junkie and Coulter persuades Killian that he just wants his girls back safe. But of course there’s more to it than that. When Killian does track down Rachel and the kids he discovers that there’s explosive information in the mix that could discredit the government, the IRA and the whole peace process. Also, there’s a Russian ex-army iceman on their tail who is very good at his job, though he does constantly squeeze a stress ball. McKinty does a good job with this character, Chechen veteran and now resident in Las Vegas with a loving Russian college going girlfriend.
McKinty is superb at everything: the psychology of his characters, dialogue, plot, landscape, zeitgeist, weapons. Through Killian we’re also educated about Parvee culture and its place in Irish history, architecture and whatever else captures his intellectual interest, such as the crazy Dutch guy whose theory is that Troy was really in England because the Iliad often mentions rain. The book ends nicely with a former Irish mentor coming over from the States to kill Killian in his little caravan with the goat tethered outside. We’re left with Killian trying to talk him out of it. Hopefully, he does.
Read more
One person found this helpful
Helpful
Report abuse

Alex
4.0 out of 5 stars Little girls in danger!
Reviewed in Australia on 8 March 2015
Verified Purchase
I recommend this unequivocally, a good read, different but nice, could not pit down! in his "Irish" genre but no loss, very readable, tenterhooks stuff right at the end.
Read more
Helpful
Report abuse

I get the feeling that McKinty is getting in touch with some of his tinker heritage in Ireland ; he even refers his own name...All very interesting but not increasing the thrilling parts of this book. Also, not being very intellingent, I found it hard to deal with heroes from some previous McKinty books being baddies in this one..Made my head hurt.

Also (2) our hero is a tinker who did not learn to read till adulthood, after a childhood learning to pick locks. Hence we get no recommendations of books or music which are usually a big plus for reading McKinty!
Read more
One person found this helpful
Report abuse

Domino
5.0 out of 5 stars Your next favourite crime writer
Reviewed in the United Kingdom on 10 April 2011
Verified Purchase
There is a fine crop of Irish Crime Writers at work these days - John Connolly, Ken Bruen, (Colin) Bateman (with or without his first name) to name just three - but at the top of the pile is Adrian McKinty. It's a crime that McKinty is not better known and wider read.

His latest novel, loosely connected to his masterful Dead trilogy, is a fast paced thriller set in Northern Ireland (starting in my home town of Coleraine) but with only tangential references to 'the troubles'. This is not a terrorist novel but it is one of the finest crime novels of the year (or any year). I enjoyed it more than Robert Crais' and Dennis Lehane's latest (and that's high praise).

But for all the pace and action, Falling Glass also contains some of the most lyrical passages you'll find in any crime fiction outside of the Raymond Chandler novels that provide some of its chapter titles.

This is a true modern noir. Killian, the protagonist, is not a 'good guy' but we root for him because he is the least 'bad guy' here. McKinty is skilled enough to make us sympathize, if just a little, with a Russian hitman who, despite the terrible things he does, has a life outside his 'job'. It's a difficult task but one that McKinty makes look easy. In less skilled hands many of the characters would be cliches, killers with hearts, but here they come across as three dimensional people.

Read this. Then go back and read Dead I Well May Be and work from there. Tell all you friends. Spread the word. Perhaps then Adrian McKinty will get the respect he deserves and somebody will put Hidden River back into print.
Read more
3 people found this helpful
Report abuse

Maggie
5.0 out of 5 stars Entertaining and thrilling - great find!
Reviewed in the United Kingdom on 20 July 2012
Verified Purchase
I just found this hidden on my Kindle from over a year ago - no idea how I missed reading it but it was well worth waiting for! This is fast-paced yet gentle at the same time, and it introduced me to a new world - that of the Pavees or Irish tinkers - which is something I alway appreciate in a book. The hero Killian appealed to me, he has high moral standards despite his bloody past. The storyline is shocking but very believable and the mainly Irish settings are interesting and attractive. This is an intelligent book with a good touch of humour, very difficult to put down. I will certainly return to this author.
Read more
One person found this helpful
Report abuse

Diana A-N
5.0 out of 5 stars Brilliant!
Reviewed in the United Kingdom on 11 May 2011
Verified Purchase
This was my first McKinty book and I am so glad and thankful for one of the reviewers who mentioned this writer amongst all my other favourite writers i.e Michael Connelly, John Grisham (in his former days!), Lee Child to mention but a few. I don't know why I never heard about him before but I will definately be looking out for him.

I felt a bit squimish in one of the scenes in Mexico but it didn't put me off. This was really a good find and I would recommend it to anyone who likes an action packed, fast paced read.
Read more
One person found this helpful
Report abuse

PA GELL
5.0 out of 5 stars Another brilliant book, thriller, contemplative, informative.
Reviewed in the United Kingdom on 21 February 2018
Verified Purchase
A great story. Love the reaseach and facts peripheral to the main theme which e handset the enjoyment
Read more
Report abuse
See all reviews
Back to top
Get to Know Us
Make Money with Us
Let Us Help You
And don't forget:
© 1996-2021, Amazon.com, Inc. or its affiliates