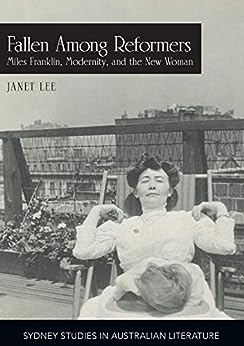 by Professor Janet Lee (Author) Format: Kindle Edition
See all formats and editions
Sorry, there was a problem loading this page. Try again.

‘Fallen Among Reformers’ focuses on Stella Miles Franklin’s New Woman protest literature written during her time in Chicago with the National Women’s Trade Union League (1906-1915). This time away from literary pursuits enriched Franklin’s literary productivity and provided a feminist social justice ethics, which shaped her writing.

Close readings of Franklin’s (mostly unpublished) short stories, plays, and novels contextualises them in the personal politics of her everyday life and historicises them in the socio-economic and literary realities of early twentieth-century Australia and United States: themes embedded in broader cultural patterns of socialism, pacifism, and feminism.

Lee's approach to this task - the close reading of published and unpublished writings of Franklin - was a technical and time consuming one ... the effort has produced an excellent result. Students of Franklin, and of literature beyond her, will welcome this work on some of the important ideas that women writers were grappling with in the early 1900s. -- Dr Rachel Franks -- Dictionary of Sydney --This text refers to the paperback edition.

Janet Lee is Professor of Women, Gender, and Sexuality Studies at Oregon State University. --This text refers to the paperback edition.