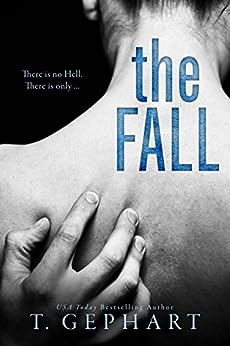 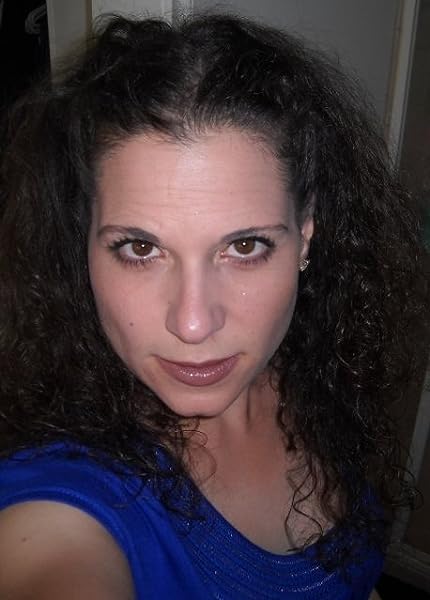 4.3 out of 5 stars
4.3 out of 5
25 global ratings
How are ratings calculated?
To calculate the overall star rating and percentage breakdown by star, we don’t use a simple average. Instead, our system considers things like how recent a review is and if the reviewer bought the item on Amazon. It also analyses reviews to verify trustworthiness.

megan
TOP 50 REVIEWER
5.0 out of 5 stars CAPTIVATING, SUSPENSEFUL, EDGY AND BLACK - 5+STARS
Reviewed in Australia on 24 January 2017
Verified Purchase
I wasn't expecting The Fall to be so good, but it was captivating, suspenseful, edgy, raw, dark and punchy. I've never read T Gephart before and gather she's normally a romance writer. In her dedication she stated simply that she needed to write something different. Whatever her motivation, The Fall was one powerful read!
Strongly character-based, the book centred around Sofia and Michael. Sofia, the daughter of a mafia boss was beautiful, gutsy, principled and smart. She turned her back on the family, became a cop and worked toward the destruction of criminals in her city. Needless to say, those criminal elements wanted her dead. Michael was created to be dark, violent and dangerous. There were a few religious references dotted throughout the narrative, as a wrangling between good and bad prevailed. One reference was to Michael's name, The Arch Angel - protector, warrior and rescuer. And he did, albeit reluctantly, become Sofia's guardian. An organised and structured man, to the point of OCD, Michael survived in a chaotic world of death and violence, but control was important to him. Michael and Sofia were richly developed and T Gephart allowed readers deep insight into their minds via her cleverly crafted writing. Both anticipated death and at the same time, they found an unexpected close connection that developed into respect, loyalty and so much more.
The intriguing, well-thought-out plot was full of links, was twisty, gripping and packed with imagery. The pacing was appropriate for each scene and T Gephart includes snide humour that is fitting for the tone. Why the title? Maybe, there are many ways to fall and several were depicted in the narrative.
The whole book was unpacked in tantalising stages - building and tumbling towards a climax/conclusion that left me hoping for another book, although The Fall was a standalone and not a cliffhanger. But, I want more, please! (I can't believe I said that - a self confessed hater of...to be continued serials 😂).
T Gephart is a natural story-teller and I will download more of her novels in the future. Highly recommended!
Read more
Helpful
Report abuse

dainer81
5.0 out of 5 stars 5 dark gritty amazing star read
Reviewed in Australia on 1 November 2016
Verified Purchase
WOW WOW WOW
T really stepped out of upper usual funny light-hearted writing style to bring you a story that was dark, intriguing, suspenseful and bloody amazing. I absolutely loved The Fall
Each time I thought I had the story worked out, bam, shed throw in a twist that left me speechless and the ending was out of this world amazeballs, didn't see that ending coming
I loved to hate some characters but I totally fell in love with Michael and Sophia, their relationship blossomed into something beautiful.
I can't wait to read more dark and gritty stuff from T
Read more
Helpful
Report abuse

Jess G
5.0 out of 5 stars 5 out of 5
Reviewed in Australia on 14 November 2016
Verified Purchase
Amazing. This was the first book by T Gephart that I have read, and I think she is my new favourite. Loved the characters and the slightly inappropriate jokes thrown in at the wrong times (probably shouldn't have laughed, but I did). Very gritty, well written and has left me wanting so much more. I need to know what happens next though. Will there be a follow on for Michael
Read more
Helpful
Report abuse

Anita_booktoread.
TOP 500 REVIEWER
4.0 out of 5 stars 4 Savage Stars!
Reviewed in Australia on 19 August 2020
Wow! I was warned- by T Gephart herself, that this is not a romance. And while I totally had my hopes up and was envisioning a completely different ending, I did not get any where close to a HEA. The story itself was awesome. The plot, the character development, the suspense, twists and turns, it was brilliant. But the ending! I mean it could totally have a 2nd book written for a HEA but I believe Tina did this on purpose.

Tina, I’m here for you if you ever plan on writing more books like this.

LH
TOP 500 REVIEWER
5.0 out of 5 stars Dark and deep, disturbing and totally delicious!!!
Reviewed in Australia on 5 August 2019
The Fall is a dark and sensational read. Michael has no family, no friends and no feelings. He’s a gun for hire to the highest bidder and Sophia is a job for him. Except this time absolutely everything about this job is different. Against all odds (and their better judgement) Michael and Sophia end up trusting each other. What starts out as him keeping her safe and alive becomes something more. It becomes debatable who needs saving more, Sophia or Michael...
Read more
Helpful
Report abuse

Tina Louise
TOP 1000 REVIEWER
5.0 out of 5 stars Twisty, unpredictable and dark 5 star read.
Reviewed in Australia on 23 October 2016
*Reviewed on behalf of A Book Lover's Emporium

The Fall is twisty, unpredictable and dark in both storyline and characters so I have given it 5 dangerous and deceitful stars.

I should start off by saying The Fall isn't like other T.Gephart novels. This story isn’t sunshine and roses, so don’t expect to be given a hero on a white horse, a damsel in distress and an ending tied up in a big red bow. Michael is a bad guy. Not the bad boy, who once he meets the right woman will settle down and make a home behind a picket-fence. He has no attachments, no light and kills without remorse. Sofia is a cop who is fighting to bring down the underworld. The pair are opposites. Until one starts to influence the other, and vice versa, balancing the scales until they find themselves both fighting the same fight.

There are some unexpected twists and character developments that keep you interested till the end. When I thought I had the direction figured out, I soon discovered that I really didn’t. It was a relief to find T. Gephart's usual humorous writing style peek through on occasion, allowing a short break from the tension and suspense.

The end of the story lends itself to a follow up, however a second book isn’t necessary. I can't say I liked the ending, but it was fitting conclusion to this gritty plot.
Read more
Helpful
Report abuse
See all reviews

DIZZYLIZZIE
5.0 out of 5 stars Intense thriller
Reviewed in the United Kingdom on 31 October 2016
Verified Purchase
Michael is an assassin with no conscious; a dark troubled past and instead of finding the truth he retains hatred. Sophia is his target and when he meets her he is cold, hard and indifferent. He has a job to do and will see it to the end.

"Sofia". It was the first time I'd used her name as I moved closer to her. "Don't think for a second just because I have given the illusion of choice that you will actually have one."

Truths unfold, surprises and revelations. Suspenseful, dark story and the epilogue not what I expected, shocking. Hope there is a follow on to this book.
Read more
Report abuse

Suejoh
5.0 out of 5 stars Different but dont let that put you off. Very worthwhile
Reviewed in the United Kingdom on 24 January 2017
Verified Purchase
Feeling quite sad and sorry now about this.
I loved both Michael and Sofia. Michael was a guy doing a bad job well - he did not come over as evil just the way he was. He had some great lines too.
Sofia was sassy and believable although a little naive considering who she was.
Well worth the read although dont expect a bad boy romance.
Just going to cry quietly in the corner now.
Read more
Report abuse

Magwan911
3.0 out of 5 stars No you cannot end a book like that!
Reviewed in the United Kingdom on 17 March 2017
Verified Purchase
Loved every word, really enjoyed the storyline and was totally engrossed, very predictable though apart from the end, not impressed. You cannot go all game of thrones on the characters!
Characters and dialogue superb, banter between the two main leads was funny and paced well.

There better be a follow-up!!
Read more
Report abuse

Fm
4.0 out of 5 stars Really
Reviewed in the United Kingdom on 26 December 2016
Verified Purchase
Suspenseful, great characters, but really felt like there could be more to come. I would love to think that's the case but who knows, here's hoping.
Read more
Report abuse