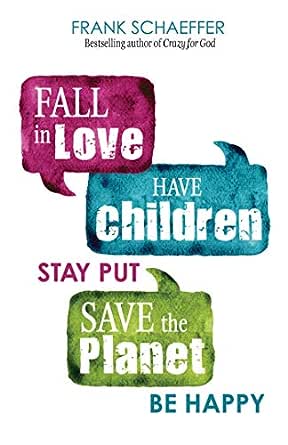 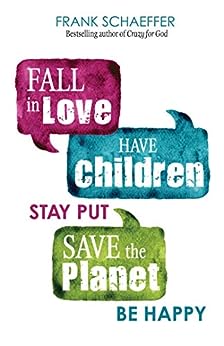 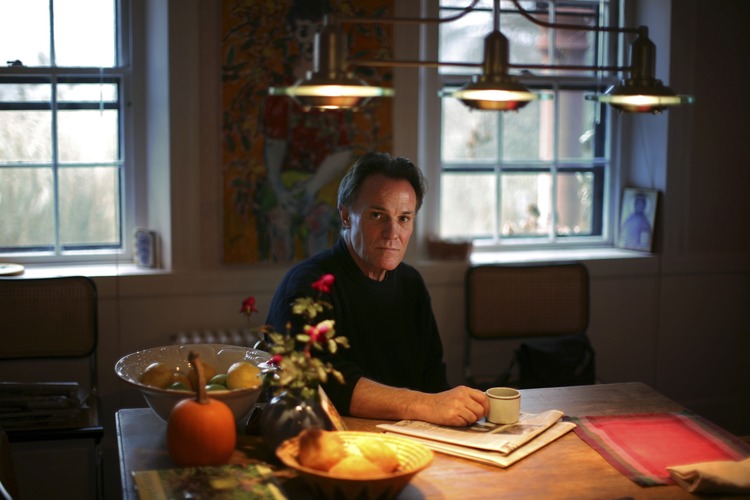 Fall in Love, Have Children, Stay Put, Save the Planet, Be Happy Kindle Edition

"Frank Schaeffer is one of my favorite authors. He brings wisdom, wit, and warmth to whatever he writes. His new book goes to the heart of everything, really, inviting us to fall in love with what matters most. It's like a feast of sanity in these crazy times." --Brian D. McLaren, author of Faith After Doubt

"Reading Frank Schaeffer is a journey into a mind and heart shaped by powerful religious forces few of us can imagine. Liberated from a fundamentalist Christian past, Frank refuses to be angry and bitter. Instead, he uses his awesome gifts (as filmmaker, painter, poet, blogger, columnist, TV personality and bestselling author) to confront and condemn the evil 'family values' he inherited and at the same time--as in this book--help us imagine a whole new set of real family values built on love that are absolutely necessary if we are to survive the next wave of fundamentalism sweeping our nation." -- Mel White, clergyman, activist author of Stranger at the Gate: To Be Gay and Christian in America

"Frank Schaeffer has been an important voice to me personally on so many topics, from religion to politics, to how to bring up children. But Frank is also a deeply committed father and grandfather, and his insights on family connections are profound. Frank's book encourages us to push back against the ideals of our culture, to prioritize time and connection over 'success' and ego. In Fall in Love, Have Children, Stay Put, Save the Planet, Be Happy, Frank makes his compelling case through both research and deeply touching anecdotes from his life as a doting grandfather. This book a deeply needed and timely exploration of what it means to be a good human." -- Kristen Howerton, marriage and family therapist, author of Rage Against the Minivan

"You've really got something here. Hope everyone recognizes how badly Fall In Love, Have Children, Stay Put, Save the Planet, Be Happy is needed by the rest of the country now more than ever. I really like it! Basically, Love, dummy!"
--Myrna Perez Sheldon, professor of Classics and World Religions, Women, Gender and Sexuality Studies, Ohio University; editor of Cosmologics Magazine

"In Fall in Love, Have Children, Stay Put, Save the Planet, Be Happy--Schaeffer's new tour de force--he makes the bold argument that we should focus on living meaningful lives rather than making money and seeking validation from our jobs. Schaeffer's argument takes him down paths that will surprise, delight, and even shock readers. This is an essential read. I hope it starts a new movement." --Charlotte Gordon, author of Romantic Outlaws: The Lives of Mary Wollstonecraft and Mary Shelley, winner of the National Book Critics Circle award --This text refers to the paperback edition.

Frank Schaeffer is a New York Times bestselling author of more than a dozen fiction and nonfiction books. Frank is a survivor of both polio and an evangelical/fundamentalist childhood, an acclaimed writer who overcame severe dyslexia, a homeschooled and self-taught documentary movie director, and a feature film director of four low-budget Hollywood features that he describes as "pretty terrible." He is also an artist with a loyal following of collectors who own many of his oil paintings. He has spoken at dozens of major universities, libraries, and museums from the Hammer in LA to Harvard, Princeton, and Yale. Frank's three semiautobiographical novels about growing up in a fundamentalist mission, Portofino, Zermatt, and Saving Grandma, have been translated into nine languages. His video blogs posted on Facebook have had millions of views. Frank is a guest commentator on MSNBC with Joy Reid and has been frequently interviewed by Rachel Maddow. He has also been interviewed on almost every major TV news show from Oprah to the Today show to 20/20. His memoir Crazy for God is used as a textbook in the history of religion classes and courses in comparative religion and sociology in public and private universities. In her extended NPR interview with Frank about his memoir Crazy for God, Terry Gross called it out as a very important book. Frank's book Keeping Faith: A Father-Son Story about Love and the United States Marine Corps was a New York Times bestseller and was described by the commandant of the Marine Corps as a new "Marine family Bible." Frank is a progressive activist who has actively campaigned for liberal political candidates --This text refers to the paperback edition.