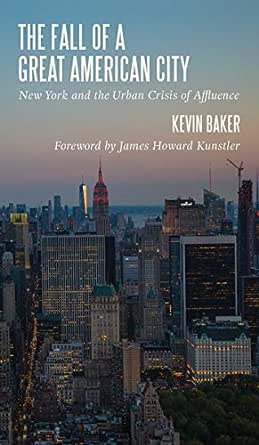 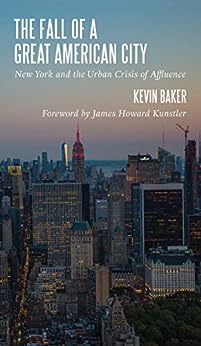 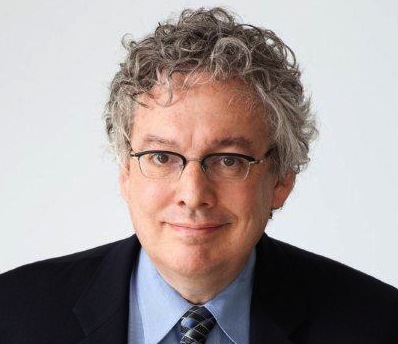 The Fall of a Great American City: New York and the Urban Crisis of Affluence Kindle Edition

Kevin Baker was born in August 1958, in Englewood, New Jersey, and grew up in Rockport, Massachusetts, a small town on the North Shore. He graduated from Columbia University in New York City in 1980, and since then has earned his living as a writer and editor. His first novel, Sometimes You See It Coming, based loosely on the life of Ty Cobb, but set in the modern day, was published in hardcover by Crown in 1993 and in paperback by Harper Paperbacks in the spring of 2003. Dreamland, part of Baker's New York' City of Fire trilogy was published by HarperCollins in 1999, and in paperback the following year. Paradise Alley was published by HarperCollins in 2002, and the third and final volume of the trilogy, Strivers Row, which was published in February, 2006. Kevin was the chief historical researcher on Harold Evans' best-selling history, The American Century, published by Knopf in 1999. He wrote the monthly "In the News" column for American Heritage magazine from 1998-2007, and has been published in the New York Times, the New Republic, Politico.com, New York magazine, the Washington Post, the Chicago Tribune, the Los Angeles Times, and Harper's magazine, among other publications. He is a 2017 Guggenheim Fellow for nonfiction. Baker is married and lives in New York City.

James Howard Kunstler wrote The Geography of Nowhere, "Because I believe a lot of people share my feelings about the tragic landscape of highway strips, parking lots, housing tracts, mega-malls, junked cities, and ravaged countryside that makes up the everyday environment where most Americans live and work." Home From Nowhere was a continuation of that discussion with an emphasis on the remedies. His next book in the series, The City in Mind: Notes on the Urban Condition, published by Simon & Schuster / Free Press, is a look a wide-ranging look at cities here and abroad, an inquiry into what makes them great (or miserable), and in particular what America is going to do with it's mutilated cities. This was followed by The Long Emergency, published in 2005 about the challenges posed by the coming permanent global oil crisis, climate change, and other "converging catastrophes of the 21st Century." Mr. Kunstler is also the author of twelve novels and has been a regular contributor to the New York Times Sunday Magazine and Op-Ed page, where he has written on environmental and economic issues. Mr. Kunstler was born in New York City in 1948. He moved to the Long Island suburbs in 1954 and returned to the city in 1957 where he spent most of his childhood. He graduated from the State University of New York, Brockport campus, worked as a reporter and feature writer for a number of newspapers, and finally as a staff writer for Rolling Stone Magazine. He has lectured at Harvard, Yale, Columbia, Princeton, Dartmouth, Cornell, MIT, RPI, the University of Virginia and many other colleges, and he has appeared before many professional organizations such as the AIA, the APA., and the National Trust for Historic Preservation. He lives in Washington County, upstate New York. --This text refers to the hardcover edition.