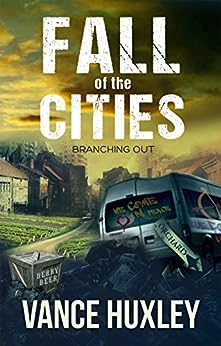 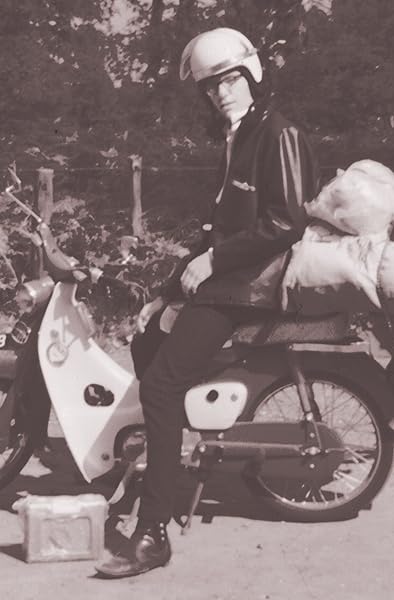 Fall of the Cities: Branching Out Kindle Edition

Jonty Spyda
5.0 out of 5 stars The plot thickens
Reviewed in the United Kingdom on 14 February 2017
Verified Purchase
The saga continues (and still no zombies or aliens :). We learn a bit more about who is responsible for the whole mess, and how some attacks on Harold and Orchard Close are orchestrated. There are both hidden enemies and ones they can see coming, but the biggest worry continues to be feeding and housing everyone. Even as they reorganise to deal with a new influx of refugees, the residents have to deal with major threats to Orchard Close and then their local Mart.
In the end Harold has to choose between saving hundreds of women and children, and saving his friends.

Daniel jobling
5.0 out of 5 stars Brilliant
Reviewed in the United Kingdom on 16 August 2018
Verified Purchase
This is what we need more some individuality with books the story is very engaging and the characters are so life like instead of wooden page fillers.
Read more
Report abuse

jonah
4.0 out of 5 stars Exceeding limits!
Reviewed in the United States on 10 October 2016
Verified Purchase
Having read Fall of The Cities: Planting the Orchard and Putting Down Roots, this excellent series by Huxley just keeps on exceeding my expectations. The third part of this series was incredibly grasping and will make one crave for more as it tells how Orchard Close strives to overpass its limits.

As the chaos developed across the globe, the more riots, sacrifices and dangers emerged. Three years after the crash, Orchard Close, one of the few left enclaves experiencing stability continues to manage their balance with their neighboring gangs. Led by the their leader who's ever full of tactics, Harold also known as Soldier Boy, their aim to hasten their hold amidst the challenges they were facing turns out to be harder than they thought. As their fights with the General and new other gangs teaming up against them and each other, the events that this book brought were utterly jaw-dropping. Now their journey continues as they had to trade deals with other gangs in order to stay relevant and branch out for survival.

What I really loved about this book was its realistic plot and the turn of events. Huxley was able to relate and heighten the excitement from the first part up to now. The skills of the characters to be able to live freely was really inspiring and makes the reader imagine what would happen next. The theme of this series is full of action, one would not have the chance to stop from reading it. All the praises for Huxley for his great wordplay and I can't wait for the next book! As the Soldier Boy says, they were already in peace, but we all know there's more to come. Kudos!
Read more
2 people found this helpful
Report abuse

Sartoris
5.0 out of 5 stars Excellent
Reviewed in the United States on 11 June 2019
Verified Purchase
Excellent dystopian series. The catalyst of the global collapse is a little silly but the overall story is quite well written.
Read more
One person found this helpful
Report abuse
See all reviews
Back to top
Get to Know Us
Make Money with Us
Let Us Help You
And don't forget:
© 1996-2021, Amazon.com, Inc. or its affiliates