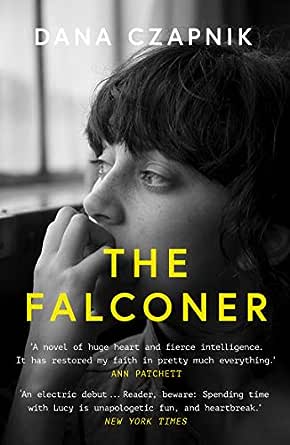 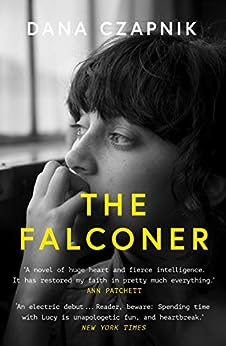 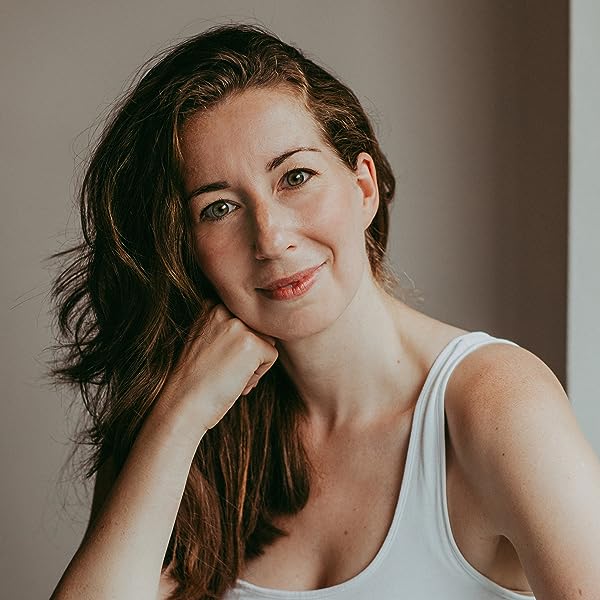 “[An] electric debut novel… Lucy’s fierce first-person point of view is as confident and fearless as she is on the court; she narrates her story with the immediacy and sharpness of a sports commentator, mixed with the pathos and wisdom of a perceptive adolescent charting the perils of her senior year of high school… Reader, beware: Spending time with Lucy is unapologetic fun, and heartbreak, and awe as well.” — Chloe Malle, New York Times Book Review

“There's so much more going on in The Falconer than "just" basketball, but as folks I know who love the game tell me, this seemingly speedy game slows down for good players: They can see everything happening on the court — every player, every movement, every possibility — with startling clarity. In The Falconer, Dana Czapnik displays this same gift: In bringing Lucy to life, she sees the whole game.” —Maureen Corrigan, Fresh Air, NPR

“The writing in Czapnik's debut is sparkling throughout... Coming-of-age in Manhattan may not have been done this brilliantly since Catcher in the Rye. That comparison has been made before, but this time, it's true. Get ready to fall in love.” —Kirkus Review (starred)

“In this multicultural starburst of Manhattan past come the triumphs and trials of belonging that are the heartbeat of the novel… With prose that mimics Lucy’s athletic skills — at times muscular, at others poetic — author Dana Czapnik glides between biting wit and philosophical musings on the nature of love and being. The book delivers on poignant wisdoms… probing the possibilities of womanhood and belonging.” —Rosa Boshier, Los Angeles Review of Books

“Smart, tough, an extraordinary athlete, Lucy Adler teeters, zealous and baffled, on the cusp of womanhood. Dana Czapnik’s frank heroine has a voice, and a perspective, you won’t soon forget. The Falconer is an exhilarating debut.” —Claire Messud, author of The Burning Girl and The Woman Upstairs

“A deeply affecting tale of a young woman coming of age in a man’s world. All the characters feel authentic and unique, and its protagonist, Lucy Adler, jumps right off the page. I’ve never read a character quite like her in fiction - a deeply intelligent basketball player with a sharp, incisive take on the changing city and country in which she lives. Lucy’s journey into adulthood will be especially resonant with today’s readers.” —Salman Rushdie, author of The Golden House and Midnight’s Children

“An unsentimental education in all that is urgent, soulful and intimate. As much the portrait of an era as it is the portrait of an adolescence, this is a crossover novel that will thrill readers of all generations. The Falconer captures the grueling, exhilarating pathos of one woman’s quest to become whole. A wonderful debut.” —Colum McCann, author of Thirteen Ways of Looking and Let The Great World Spin

"The Falconer is a novel of huge heart and fierce intelligence. It has restored my faith in pretty much everything." —Ann Patchett, #1 New York Times bestselling author of Commonwealth and co-owner of Parnassus Books

“Meet Lucy Adler. As I read The Falconer, I felt like I'd found a literary cousin of Holden Caulfield--if Holden were a straight-shooting, hip-hop-listening, court-dominating, seventeen-year-old Jewish-Italian girl. Dana Czapnik has crafted a wholly original coming-of-age story. In basketball terms, The Falconer is a fearless three-point shot.” —Chloe Benjamin, author of The Immortalists and The Anatomy of Dreams

"Told with a poet's ear and a basketball player's eye and reflexes, The Falconer is an extraordinary book. Czapnik is refreshingly honest and open-eyed about the way money, gender and the demands of the body steer the overwhelming longings and frustrations of being a young woman growing up in the city. Every detail feels true and important, every small observation tells a larger story. A wonderful new talent." —Rivka Galchen, author of Atmospheric Disturbances and American Innovations

"Remember your moony-eyed, slightly awkward 17-year-old self, hesitantly optimistic for the future and bit overwhelmed by the present? Lucy Adler, the ridiculously endearing high school senior (and ridiculously gifted basketball player) at the center of Dana Czapnik’s debut novel, will take you back to the days of unrequited crushes with cold, cool boys and philosophical conversations with friends on walks home from school. The Falconer is the new definitive New York coming-of-age story — expect to underline many poignant sentences, as well as dreamy descriptions of the city at night." —Refinery29

"You can try, but you’re unlikely to find descriptions of basketball as elegant as those in Dana Czapnik’s debut novel... The Falconer offers astute observations on the difficulties women confront when trying to succeed in male-dominated fields. In Lucy, Czapnik has created a great character who refuses to conform to expectations." —Bookpage

"This charming coming-of-age story will get no shortage of comparisons to The Catcher in the Rye. But Dana Czapnik gives readers a heroine all her own: 17-year-old Lucy, a half-Jewish, half-Italian, whip-smart basketball dynamo who is desperately in love with her best friend, a fellow hoops player." —CHATELAINE

"Move over Holden Caulfield… there is a new rebel in town. Lucy Adler has taken over as the cynical, smart-talking badass. Soak up the nostalgia of New York in the 90s with Lucy... This coming-of-age novel is one you won’t want to miss this year!" —Get Literary

An iBooks Book of the Year 2019, 'Our favourite debut ... a glorious, empowering, coming of age NY story.'

Seventeen-year-old Lucy Adler, a street-smart, trash-talking baller, is often the only girl on the public courts. Lucy's inner life is a contradiction. She's by turns quixotic and cynical, insecure and self-possessed and, despite herself, is in unrequited love with her best friend and pick-up teammate Percy, son of a prominent New York family who is trying to resist his upper crust fate.

As Lucy questions accepted notions of success, bristling against her own hunger for male approval, she is drawn into the world of a pair of provocative female artists living in what remains of New York's bohemia.

In her hit US debut, Dana Czapnik memorably captures the voice of a young woman in the first flush of freedom searching for an authentic way to live and love.

Amazon Customer
2.0 out of 5 stars Too many lists and too many “F” words.
3 February 2019 - Published on Amazon.com
Verified Purchase
It was a great novel for encouraging young women to pursue sports. I found the protagonist to be negative throughout the novel. The author used most of her words for making lists, really it got quite tiresome. The “F” word was used to excess, especially for a young adult novel.
Read more
5 people found this helpful

Joan Grayson
5.0 out of 5 stars Unforgettable!
9 February 2019 - Published on Amazon.com
Verified Purchase
The Falconer is a very special book that will stay with me.....always.
The author has given her narrator a voice that is so fresh, real and honest, at times it took my breath away. Her descriptions of NY neighborhoods & sensibilities are spot on. Lucy can come over & visit any time. Congratulations to Dana Czapnik for creating a classic coming of age novel.

Robby Werner
3.0 out of 5 stars Well, I guess it got good reviews.
31 January 2019 - Published on Amazon.com
Verified Purchase
This might be a terrific book. I only read to page 10. At that poin our hero plays some one-on-one basketball and calls a foul on her opponent. Then she takes a free throw.

No one in the history of the world has ever taken a foul shot in one-on-one playground ball. That kind of technical (no pun) mistake bums me out. So I closed the book and probably won’t pick it up again.

Joe
5.0 out of 5 stars Rest book of 2019 so far
8 March 2019 - Published on Amazon.com
Verified Purchase
Unique and interesting protagonist. amazing writing. makes you remember NYC at that moment in time. Great coming of age novel. Made me think. A great novel is one that leaves me thinking for weeks after. This is a book that did that. not to be missed
Read more
2 people found this helpful

Robert E. Litan
4.0 out of 5 stars Great take on the struggles and highlights of the next generation
31 May 2019 - Published on Amazon.com
Verified Purchase
A very well written, funny, and sobering novel about a young woman and her disappointing one way romance, set in the streets of Upper New York. Hip and a great read. My only wish is that it dies a bit toward the end, I wanted something more. Read more from this author!
Read more
Go to Amazon.com to see all 25 reviews 4.1 out of 5 stars
Get FREE delivery with Amazon Prime
Prime members enjoy FREE Delivery and exclusive access to movies, TV shows, music, Kindle e-books, Twitch Prime, and more.
> Get Started
Back to top
Get to Know Us
Make Money with Us
Let Us Help You
And don't forget:
© 1996-2020, Amazon.com, Inc. or its affiliates