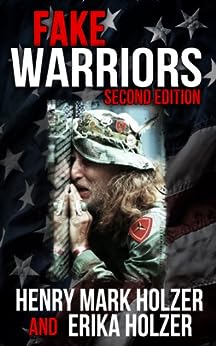 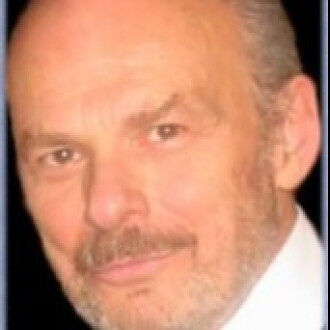 by Henry Mark Holzer (Author), Erika Holzer (Editor) Format: Kindle Edition
See all formats and editions
Sorry, there was a problem loading this page. Try again.
"When the Library of Congress compiled oral histories for its Veterans History Project, 24 of the 49 individuals who identified themselves as Medal of Honor recipients had not actually received that award." (Justice Samuel Alito, United States v. Alvarez.)

If Fake Warriors will lie to the Library of Congress, who won't they lie to? The fact is they lie to everyone: wives, children, siblings, friends, relatives, colleagues, employers, employees, banks, governments, veterans, reporters, the VA -- even to themselves.

Chapter 1 -- "Why are there Fake Warriors?" -- answers the most frequently asked question about military imposters: Why do they lie?

Chapter 2 -- "Who are the Fake Warriors?" -- lays bare the largely unknown fact that the Fake Warrior phenomenon is real, it is pernicious, it is widespread, and that impostors come from every imaginable strata of our contemporary society.

Chapter 3 -- "What harm do Fake Warriors cause?" -- shows that Fake Warrior imposture is not a minor social peccadillo, but victimizes vast numbers of Americans, and produces considerable harm.

Chapter 4 -- "How do Fake Warriors Get Away With It?" -- reveals the devices typically used by Fake Warriors and exposes the social and institutional enablers whose indifference, and sometimes connivance, makes it possible for the impostors to carry on masquerades that, too often, go unpunished.

Chapter 5 -- "How can Fake Warriors be Identified and Exposed?" -- demonstrates how to identify Fake Warriors, provides the major categories into which most Fake Warrior fabrications fall, and explains how one goes about exposing them.

Chapter 6 -- "How Can Fake Warriors Be Punished?" -- discusses the constitutional distinction between pure speech and speech accompanied by action -- a distinction central to the legal fight against Fake Warriors. The chapter describes the many legal and social tools available to combat military imposture. We also set forth the respective roles of police and prosecutors, how it is possible to induce prosecutors to bring charges against Fake Warriors, how private attorneys are in a unique position to make a major contribution in identifying, exposing, and punishing impostors, how the legislative and executive branches of our government -- state and federal -- can be utilized effectively and how individual initiative can help turn the tide.

Chapter 7 is devoted entirely to the Stolen Valor Act: its genesis, journey through Congress, and prosecutions brought pursuant to it.

Chapter 8 presents the entire opinion of the Supreme Court of the United States on the constitutionality of the Stolen Valor Act's core provision, with explanatory commentary by the authors.

We conclude with dramatic case histories of impostors who have confessed to their imposture, and with a plea to patriotic Americans -- veterans and non-veterans alike. We urge our fellow citizens to recognize that the Fake Warrior phenomenon is a national disgrace which harms our nation and many Americans in cruel and insidious ways.
Read more
Previous page
Next page

3.3 out of 5 stars
3.3 out of 5
23 global ratings
How are ratings calculated?
To calculate the overall star rating and percentage breakdown by star, we don’t use a simple average. Instead, our system considers things like how recent a review is and if the reviewer bought the item on Amazon. It also analyses reviews to verify trustworthiness.

Amazon Customer
4.0 out of 5 stars Heroes in their own minds.
Reviewed in Canada on 11 December 2015
Verified Purchase
I was amazed at the vast amount of knowledge relating to military imposters. These fake warriors are a disgrace to our country and deserve to be exposed.
Read more
Report abuse

Pvt. W. G. Kirby Amazon Customer
4.0 out of 5 stars A GOLD STAR FOR THE LOST
Reviewed in the United States on 24 November 2014
Verified Purchase
An important topic to cover. These imposters need to be outed more frequently. I'm just disappointed that more names of these creeps, liars and low life's aren't revealed, but I suppose that's to protect their "rights" . I have personally known one of these guys who later became one of these pretender Heroes, so I guess I'm sort of personally biased against these creeps. They offer excuses, but they really have none. My missing stay in the rating is due to the lacking info as mentioned here....and to remind us all of all the real heroes who never returned.
Read more
4 people found this helpful
Report abuse

CSM7USA
2.0 out of 5 stars Stolen Valor it is not!!
Reviewed in the United States on 23 June 2017
Verified Purchase
Being a Vietnam veteran and having many Vietnam veteran friends I found this book more about the authors than about what is read into the title. A psychological look at the mind rather than the veteran. Probably good cannon fodder for some liberal looking for ammunition to cast dark shadows on veterans. I do not recommend it.
Read more
One person found this helpful
Report abuse

D. Webb
5.0 out of 5 stars Catching phonies!
Reviewed in the United States on 24 January 2015
Verified Purchase
Anyone who claims to have served our country but hasn't done so is insulting and diminishing the service and the lives given by those who did serve, fight, and defend this country. This book helps identify and catch those "wannabes".
Read more
One person found this helpful
Report abuse
See all reviews
Report an issue
Does this item contain inappropriate content?
Report
Do you believe that this item violates a copyright?
Report
Does this item contain quality or formatting issues?
Report