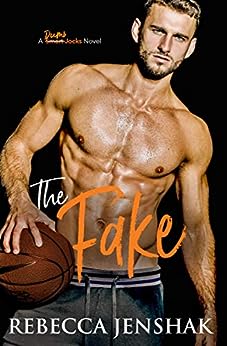 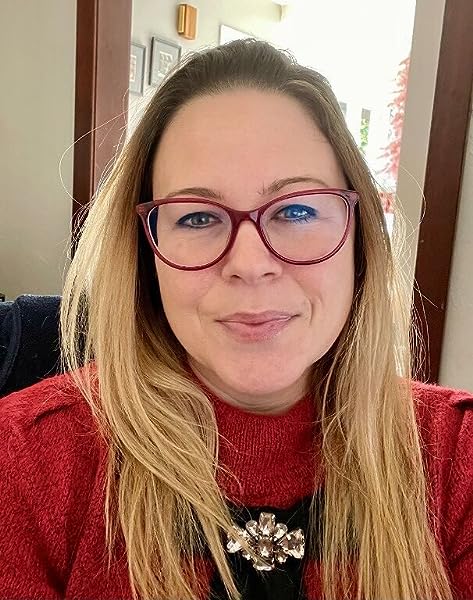 4.3 out of 5 stars
4.3 out of 5
98 global ratings
How are ratings calculated?
To calculate the overall star rating and percentage breakdown by star, we don’t use a simple average. Instead, our system considers things like how recent a review is and if the reviewer bought the item on Amazon. It also analyses reviews to verify trustworthiness.

Kelly
TOP 50 REVIEWER
4.0 out of 5 stars loved this series
Reviewed in Australia on 8 January 2020
Verified Purchase
The author of this series was a new to me author before I started reading The Assist (Smart Jocks #1), and I'm glad I came across her as I have thoroughly enjoyed listening to the 4 books across the series. I started off reading them, and then as they all have fabulous narrators I went back to the start and listened to all of the audio versions.

The Fake is finally Nathan's story. Nathan is the jock whose character basically screamed that he was having some type of serious issues in the previous books- always partying hard, and writing himself off. As a talented athlete, he somehow managed to juggle his basketball responsibilities with his party hard lifestyle. He's a good guy that is making poor choices, and his past actions catch up to him in The Fake.

Chloe is a new character that is introduced in this book - she is starting afresh, but finds herself ostracised by her new teammates due to a scandal that she herself had no knowledge of/or responsibility for. She was the easy target for other people's scorn and judgement. The title makes it obvious what happens here - Chloe and Nathan start a fake relationship, keeping up appearances allows them to really get to know each other and for their chemistry and feelings to build. Loved the drama towards the end, and the pressure it puts on their newly found relationship. Fingers crossed for more stories on the other jocks.

Readers Retreats
TOP 500 REVIEWER
5.0 out of 5 stars I LOVE this series
Reviewed in Australia on 30 November 2019
So I had this idea that Nathan's book was going to be heartbreaking. After the bits and pieces I had picked up from him as a secondary character I knew that he had issues at home and was absolutely the least fortunate of the white house boys. And I guess I made assumptions. And I was pretty much wrong on most of them.

The things I learnt about Nathan in this book made me hurt for him but not in a sad, broken way. Because Nathan was so much more than I thought. He was so sweet and all the stupid things he did were done innocently for the right reason. And I was such a massive fan of his throughout the whole book.

And Chloe was pretty great herself. Her story hit pretty close to some recent news headlines and I have to admit it made me think about the other sides of the story. Chloe acted exactly like I imagine most young women in her position would but with a lot less wallowing in self pity.

I adored these two together. And I really loved seeing it all work out so perfectly in the epilogue. And as always it was great to catch up with the other couples. I really hope that this series never ends.
Read more
Helpful
Report abuse

sharon jones
TOP 500 REVIEWER
5.0 out of 5 stars Nathan & Chloe
Reviewed in Australia on 21 November 2019
Reviewed on behalf of 3 Degrees of Fiction book blog.
Going in to this book I didn’t know how much I would end up by loving it. Nathan was not really one of my favorite characters before reading this story, but I have absolutely changed my mind after finishing The Fake.
I love a fake relationship romance novel and I thought Rebecca’s version was outstanding and unique - well to me anyway.
Chloe was my favorite character in this book. After everything she has gone through I enjoyed how she just seemed to roll with the punches. I guess that was the reason why she didn’t overreact to what happened with Nathan.
Now I am sad this is the last book in the Smart Jocks series but Rebecca did mention at the end that more jocks are coming next year!!
Read more
Helpful
Report abuse

MyBooksAreMe
4.0 out of 5 stars A fake college romance you need to read!
Reviewed in Australia on 24 November 2019
As the saying goes - fake it till you make it!

When Nathan gets caught with the drugs he's been dealing, his basketball coach gives him his last warning - one more mistake and he's out the door. At the athletics mixer before the new school year starts, he happens across Chloe, a new transfer, who's hiding from the rest of the party. After being kicked out of her Californian college for supposedly buying her way in, Chloe has had to transfer to the Valley for her senior year, determined to prove to herself and everyone else that she deserves to be there playing volleyball. As they share a drink, the two outcasts connect before heading back to Chloe's to hookup. The following morning, in a split-second decision to try and win over her teammates and roommates who've outcast her, she admits that she's dating Nathan. And so ensues the pair of them faking a relationship, which slowly helps Chloe fit in. But it's not long before either are wondering if the other is really faking their actions, and just when things seem like they could be real, a moment from Nathan's past threatens to tear it all down.

I've said it before, and I'll say it again - THESE BOOKS JUST GET BETTER AND BETTER! After three books of Nathan partying in the background, it was so great to finally get his story and give him his time to shine. I really enjoyed getting to know Nathan's backstory, which gave context to things that have happened in the previous books - I was glad that Rebecca started setting up his story from the very beginning as it made learning about it so much more enjoyable.

Unlike in previous books, Chloe is a character we've not met or heard of until now, but even then she fit so well into the story and this world as if she'd been there all along. With Chloe, we got to see more of the sports at Valley, outside of basketball (and the passing references to baseball with Mario). It was so great to see a girls sports team, and getting that dynamic alongside the boys basketball team.

Together, I loved Chloe and Nathan together, just like the previous three couples. Their fake relationship to real relationship was fun to follow. There's just something about watching a couple realise that they do, in fact, have feelings for one another and don't want to just fake everything. This is definitely a trope I love and Rebecca made the story really enjoyable.

I definitely felt like this was going to be the last book in the series - all our main smart jocks have had their stories, but throughout this book I felt like there was potential for more, especially once Shawn and Datson moved into The White House. So I was SUPER excited to see Rebecca reveal at the end that there are more jocks coming in the new year!

With this fourth installment having just dropped, and more books coming on the horizon, now is the perfect time to dive into the world of Smart Jocks and get your fill of gorgeous basketball players! College romance fans, this is the book and series for you, so make sure you add these books to your TBR immediately.
Read more
Helpful
Report abuse
See all reviews

christyheartsbooks
5.0 out of 5 stars Nothing fake about how much I love Nathan and Chloe
Reviewed in the United States on 17 December 2020
Verified Purchase
Chloe and Nathan meet at a sports event that neither one really want to be at but find comfort in each other's company for the night. They connect and end up spending the night together - only for Chloe's roommates (who are not really big fans of her) to find her and Nathan the next morning in a compromising position. So the logical thing to do, so her roommates don't hate her further, is to lie and say that Nathan is her boyfriend. So the plan is they pretend so Chloe's roommates accept her for two months and she will pay Nathan for his time. What could go wrong?

Nathan and Chloe were fantabulous. I loved everything about them but I think what I loved the most was how this fake relationship trope played out. This is usually one of my least favorite tropes but I truly enjoyed this author's play on it. It was different and so beyond refreshing. Hands down my favorite fake relationship book to date. I really enjoyed the ride that Nathan and Chloe took us on, their growth and development, their connection and chemistry was amazing but my absolute favorite part of this book was how the characters handled the conflict. It hit me to the core - I have never felt like a conflict was handled so perfectly. I can't say anything without spoilers but I loved it, truly and deeply. There is no spoiled, entitled, how could you do this to me, over the top drama conflict. It was real, I wish that I had better words for it but the way that Chloe and Nathan handled it was real. I respected that so dang much. This author continues to blow my mind. She is becoming a one-click for me real fast.
Read more
Report abuse

KJC
2.0 out of 5 stars DNF - Boring
Reviewed in the United States on 21 November 2019
Verified Purchase
I was really disappointed because it started off great and then about 30% in the story it just went flat. I got more frustrated, no buildup, no angst, it just felt like a lot of fluff. Started skimming about 45% in and then I realized I just wasn’t invested in either chloe or Nathan. Really loved Gabby and Zeke’s story and Wes’ story... really bummed.

There are three main reasons that I don’t like a book and this had two of the three which was it’s boring and lack of character development. Such a pity. I would recommend this author but personally did not like this book.
Read more
2 people found this helpful
Report abuse

Dana Hoffman
5.0 out of 5 stars Looooooooooved!!!!!
Reviewed in the United States on 1 December 2020
Verified Purchase
Omg I feel at a loss here!!! I wanted Joel Moreno to be my solid number one forever!!! But Nathan Payne might have dethroned him!!! No, I need it to be a tie!!! Needless to say, I freakin’ loved this book so hard!!!! I loved both Nathan and Chloe, their struggles, and how they came together. It was just perfect, the whole thing ❤️
Read more
Report abuse

Book Lover
5.0 out of 5 stars Love the Smart Jocks
Reviewed in the United States on 31 October 2020
Verified Purchase
Love the Smart Jocks
Read more
Report abuse
See all reviews
Back to top
Get to Know Us
Make Money with Us
Let Us Help You
And don't forget:
© 1996-2021, Amazon.com, Inc. or its affiliates