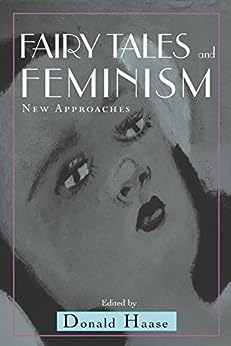 The eleven essays within Fairy Tales and Feminism challenge and rethink conventional wisdom about the fairy-tale heroine and offer new insights into the tales produced by female writers and storytellers. Resisting a one-dimensional view of the woman-centered fairy tale, each essay reveals ambiguities in female-authored tales and the remarkable potential of classical tales to elicit unexpected responses from women. Exploring new texts and contexts, Fairy Tales and Feminism reaches out beyond the national and cultural boundaries that have limited our understanding of the fairy tale. The authors reconsider the fairy tale in French, German, and Anglo-American contexts and also engage African, Indian Ocean, Iberian, Latin American, Indo-Anglian, and South Asian diasporic texts. Also considered within this volume is how film, television, advertising, and the Internet test the fairy tale's boundaries and its traditional authority in defining gender.

From the Middle Ages to the postmodern age-from the French fabliau to Hollywood's Ever After and television's Who Wants to Marry a Millionaire?-the essays assembled here cover a broad range of topics that map new territory for fairy-tale studies. Framed by a critical survey of feminist fairy-tale scholarship and an extensive bibliography-the most comprehensive listing of women-centered fairy-tale research ever assembled-Fairy Tales and Feminism is a valuable resource for anyone interested in the intersection of fairy tales and feminism.
Read more
Previous page
Next page

Fairy Tales and Feminism is a rich and readable book that covers a broad spectrum in time and space. Several appearances of the fairy tale occur in a balanced equilibrium, from seventeenth-century story-tellers to the early twenty-first-century TV shows. You do not have to be a member of the women's movement to find the articles exciting and inspiring, but the book does prove that no critical paradigm has provided so many interesting and influential insights into the fairy tales as feminism.--International Research Society for Childrens Literature

Fairy Tales and Feminism is the first book since the 1980s to present a comprehensive approach toward analyzing the impact of feminism on all aspects of the literary fairy tale. . . . This book will have a great reception.--Jack Zipes "University of Minnesota "

Haase's overview of 'Feminist Fairy-Tale Scholarship' is historical and critical at once. It also functions as a helpful tool for all those who wish to understand the development of feminist fairytale research. Haase highlights the issue of gender and socialization, female image, women writers and the fairytale, and more. The extensive bibliography at the end of the book is a great resource for students and scholars in the field, as it references the cornerstone of feminist fairytale research."--Journal of Folklore Research

The essays in Fairy Tales and Feminism do offer some new and compelling reinterpretations.--Journal of American Folklore

This impressively wide-ranging collection of essays builds on the growing recognition by feminist critics of the major role that fairy tales have played in the formation of a global 'literature of their own.' By resituating texts and national traditions in a cross-cultural framework, this book valuably foregrounds the complexity of the fairy tale's pervasive engagement with gender."--U. C. Knoepflmacher "Princeton University " --This text refers to the paperback edition.

Donald Haase is chair of the Department of German and Slavic Studies at Wayne State University. He is editor of The Reception of Grimm's Fairy Tales: Responses, Reactions, Revisions and general editor of Marvels & Tales: Journal of Fairy-Tale Studies. --This text refers to the paperback edition.

Riley Peloquin
4.0 out of 5 stars informative AND interesting
Reviewed in the United States on 29 November 2008
Verified Purchase
I was looking for revised fairy tales with a feminist twist - my subject for an English paper.
While this didn't have very many examples, it did touch on a few topics I needed (women heroines, role-reversal, insights into themes, etc)
I was expecting it to be a tedious read, but it was surprised me. It's changed the way I see fairy tales.

The book itself is well-written, in a manner that flows logically from chapter to chapter, with a complete bibliography (helpful for further research & quotations)
Read more
4 people found this helpful
Report abuse