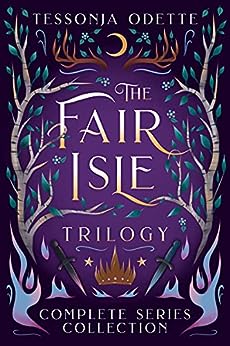 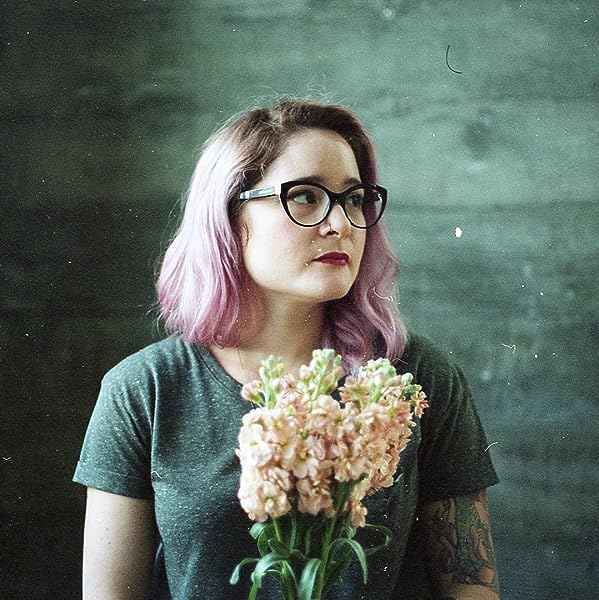 by Tessonja Odette (Author) Format: Kindle Edition
See all formats and editions
Sorry, there was a problem loading this page. Try again.

Every young woman dreams of marrying a king.
Everyone except for me.
Because the king I am to wed has razor sharp fangs and a thirst for blood…

The Fair Isle Trilogy is a complete series collection, featuring three full length novels in a single volume: To Carve a Fae Heart, To Wear a Fae Crown, and To Spark a Fae War.

All my life I knew I’d come of age during the Hundred Year Reaping. According to the ridiculous treaty, two human girls are sent to the faelands as brides for the fearsome fae king and his devilish younger brother.

Not me. I was supposed to be safe. Two girls were chosen from my village already. But when they are executed for offending the king, my sister and I are sent in their place.

What a mess. Then again, maybe it’s not so bad. The younger brother I’m paired with doesn’t seem as monstrous as I’d expected. He’s delightfully handsome too. But nothing compares to the chilling, dangerous beauty of the fae king. And when my sister flees the castle and her terrifying husband-to-be, I’m left to marry him instead.

If I go through with this, I might not survive my wedding night. If I don’t, no one is safe, neither human nor fae. An ancient war will return, bringing devastation we haven’t seen in a thousand years. Can I sacrifice myself for the good of my people? Or will a dangerous desire be the death of me first?

If I don’t lose my heart, the king will certainly lose his. I’ll carve it out with an iron blade if I have to.

The Fair Isle Trilogy Complete Series Collection is an enemies-to-lovers fantasy, perfect for fans of The Cruel Prince, ACOTAR, and The Iron King. If you like snarky fae, brooding fae royals, sizzling romance, and fierce heroines, you'll love this breathtaking fae fantasy.

BUY THE FAIR ISLE TRILOGY TO CROSS INTO FAERIE TODAY!

The Fair Isle Trilogy Complete Series Collection contains an illustrated map and four character illustrations not published in any other edition!

The three full-length novels included in this single volume are…

To Carve a Fae Heart
Forced to marry a cruel fae king, Evelyn Fairfield must do what it takes to fulfill the treaty and keep her people safe. But can she do her duty without losing her heart?

To Wear a Fae Crown
Evelyn was supposed to despise the king, not fall in love with him. And when the human and fae councils turn against her and her beloved, she has so much more to fight for…and more to lose.

To Spark a Fae War
With the truth of Evelyn’s heritage exposed, the line between friend and foe is blurred. War looms and only she can stop it…or start it. Evelyn and her mate must make a final stand against the force that threatens the lives of everyone they love.

Tessonja Odette is a fantasy author living in Seattle with her family, her pets, and ample amounts of chocolate. When she isn’t writing, she’s watching cat videos, petting dogs, having dance parties in the kitchen with her daughter, or pursuing her many creative hobbies.

Jennifer
1.0 out of 5 stars Pages Falling Out
Reviewed in Australia on 23 September 2021
Verified Purchase
The story is amazing but my book came and as I was reading whole pages fell out? Just a slight tug on the page while turning it was enough for the whole thing to come apart from the binding! This happened on at least 10+ pages. Very upsetting.
Read more
Helpful
Report abuse
See all reviews

ShellBelle
5.0 out of 5 stars Great Read
Reviewed in the United Kingdom on 8 October 2021
Verified Purchase
Really enjoyed this storyline and the MC developing character. The storytelling was great moving at a good pace, as was the world setting.
Read more
Report abuse

Amazon Customer
5.0 out of 5 stars Fabulous trilogy!
Reviewed in the United States on 23 August 2021
Verified Purchase
I started out this series expecting another “fae” storyline. Instead I was happy to find an enchanting plot, memorable characters and sadness at the finish of my retreat to the Fair Isle. There was certainly violence, war and cruelty, yet above all a theme of love conquers all remained true. Not only physical love, but love for your fellow creature or human on earth made its way into the text. And, it didn’t end happily ever after as in a fairy tale, but in the uncertainty of fae/human relationships which is a theme we struggle with today in an ever more diverse world. There is romance and happiness to balance out the cruelty and violence, and I will certainly miss Evie and Aspen with only hope they may return one day in a sequel.
Read more
2 people found this helpful
Report abuse

Iris Sweetwater
5.0 out of 5 stars What a Pleasant Surprise
Reviewed in the United States on 3 November 2021
Verified Purchase
Like most people I've been dealing with an ACOTAR hangover for a while. Then I finally broke it with the bridge Kingdom which I loved but yet again found myself trying to read and returning almost every book that I thought would be good. I took a chance on this one as the blurb seemed a little bit cheesy and outdated and I didn't like some of the lore at the very beginning because I like to stick to more traditional fae lore. I am an author myself and a big fan of Holly black and kind of a Celtic and Nordic mythology buff but I toughed it out through that because there was something about Evelyn and Aspen that I just clung to. I was not disappointed although I really appreciate knowing that my favorite character a certain Prince of the lunar Court gets his own story because I did find myself a little bit jipped that there wasn't even kind of a love triangle there. But once I got about halfway through book one I was stuck. I read the whole trilogy in less than a week and I absolutely love it. So ready to see what happened to some of our other kings and queens.
Read more
One person found this helpful
Report abuse

Tbwolf
4.0 out of 5 stars Great story end
Reviewed in the United States on 10 September 2021
Verified Purchase
This was a fantastic conclusion although not entirely the end of Aspen and Evie. This book was full of things the last two books lacked and lacked some things the other books had, which actually made for a really well rounded Trilogy! Great story, fabulous characters! Another one I love ❤
Read more
2 people found this helpful
Report abuse

Samone Chapman
5.0 out of 5 stars More than a fantasy story!
Reviewed in the United States on 18 July 2021
Verified Purchase
This trilogy of hatred, distrust and unfailing love are the main drivers. Evie and Aspen are paired wonderfully together giving a balance to their unique relationship. Fae and humans join forces to save both worlds, in a spell bounding tale. In the end love conquers all. Great read!
Read more
2 people found this helpful
Report abuse
See all reviews
Back to top
Get to Know Us
Make Money with Us
Let Us Help You
And don't forget:
© 1996-2021, Amazon.com, Inc. or its affiliates