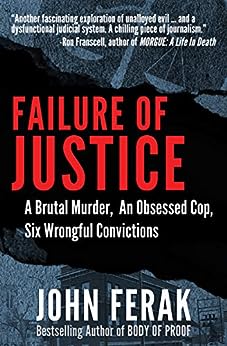 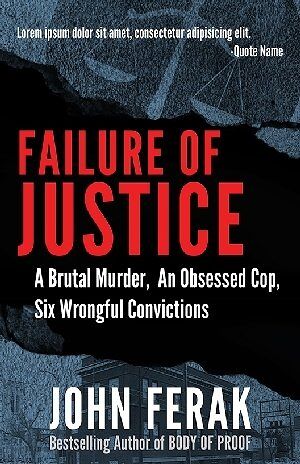 "It's shameful for what they did. They are unrepentant, they're engaged in self-deception, they have no remorse for what they have done, or if they do, they want to keep it very hidden. These people doing this stuff are so cruel. They are cruel like little children who pull wings off of butterflies and stick pins in beetles' eyes." - Legendary Nebraska State Senator Ernie Chambers reflecting on the Gage County officials responsible for the six wrongful murder convictions in the slaying of 68-year-old widow Helen Wilson "Burt Searcey, despite all of the evidence to the contrary, actually believes that Jo and the other five had something to do with Helen Wilson's death. That belief is literally unshakable in him." - Public defender Lyle J. Koenig, who represented JoAnn Taylor, one of the six wrongfully convicted people targeted by Gage County Sheriff's Deputy Burt Searcey in his investigation of the murder of Helen Wilson "I would imagine it would be hard for someone to reconcile themselves to the notion that they had put six innocent people in jail for fifty-some odd years in the aggregate, without some feeling of remorse." - Public defender Lyle Koenig reflecting on Burt Searcey, the misguided Gage County sheriff's deputy who sent six innocent people to prison for a vicious murder committed by someone else "The only real pressure we had was from the daughter of the lady that was killed. And she didn't think we were doing enough. We talked to her and we had the FBI profile. And they visited with her a little bit. She wasn't satisfied with what they were doing either." - Donald Luckeroth, the late former police chief of Beatrice, Nebraska, reflecting on the Helen Wilson murder case. "He worked for me at the Police Department for several years. He wasn't a team worker. When he left the department, he made the statement that it was a very poor administration. He decided to quit and become a hog farmer. I wasn't sorry to see him go." - Donald Luckeroth, the late former police chief of Beatrice, Nebraska, on former police officer Burt Searcey "I understand that Joseph was a stripper in California or somewhere. Somewhere along the line, he picked JoAnn up. She had a kid. I know JoAnn was on drugs. She told me she was on drugs numerous times. She told me she carried weapons, and I believed her. And she was a fighter. She loved to fight. And she loved to drink. And she loved her drugs." - Sam Stevens, long-time Beatrice Police Department detective, reflecting on eventual murder suspects JoAnn Taylor and Joseph White "When I looked back in the mirror, I saw me as a blonde with my hair up in the way the Victorian women used to wear it ... So we know that one of my lives has been during the Victorian ages, but we cannot pinpoint anything further than that." - JoAnn Taylor, who implicated herself in the murder of Helen Wilson, claimed she had lived at least five different past lives "I was convicted under perjurous testimony. I am not guilty of this crime. I have never been guilty of this crime, and even if the sentence is getting out due to parole, then I will take that opportunity to prove my innocence." - Joseph White, the beanpole from Alabama, steadfastly maintained his innocence in the rape and murder of Helen Wilson though a Nebraska jury disagreed "I am disappointed that twenty years ago, in their zeal to make a community feel safe again, to solve an unthinkable crime, the former county attorney and some members of law enforcement bullied six innocent people into admitting crimes they didn't commit." - Nebraska Attorney General Jon Bruning "While there is no doubt today that six people innocent of this crime have indeed suffered, we are doing now what we must and that is to give the public the unvarnished truth. It is they who will judge those who made these mistakes." - Nebraska Attorney General Jon Bruning --This text refers to the paperback edition.

4.4 out of 5 stars
4.4 out of 5
90 global ratings
How are ratings calculated?
To calculate the overall star rating and percentage breakdown by star, we don’t use a simple average. Instead, our system considers things like how recent a review is and if the reviewer bought the item on Amazon. It also analyses reviews to verify trustworthiness.

Lindsay R. Kennard
5.0 out of 5 stars Cognitive Conceit At Work
Reviewed in Australia on 11 August 2017
Verified Purchase
A well written and engrossing look at the problem of over inflated self belief common among police and prosecutors Excellent.
Read more
Helpful
Report abuse

L.J.R.esq
5.0 out of 5 stars Could not put it down!
Reviewed in Canada on 6 July 2016
Verified Purchase
If you like jaw dropping true crime, you will love this book. Well researched and written, it indeed tells a story of poor detective work and disenfranchised people being railroaded.
Read more
Report abuse

Blaine Pardoe
5.0 out of 5 stars A gripping read!
Reviewed in the United States on 15 August 2016
Verified Purchase
Book Review – Failure of Justice – John Ferak
True crime is a genre with a lot of sub-categories. There’s serial killers, non-murder crime books, mob/gang crime, cold cases, and most recently miscarriages of justice. John Ferak’s book Failure of Justice falls into that latter category.
It is almost like a twisted season of Fargo (which is a compliment). A woman is brutally raped and murdered in a small Nebraska town (Beatrice). The crime goes unsolved for four years. Then deputy of questionable reputation (a failed pig farmer) picks up the case. Through deception and coercion, one suspect after another is forced to turn against others, confession and implicating the others. Only one of these alleged perpetrators digs his heels in and claims his innocence. It is a spiderweb of unfounded accusations and confessions that have nothing to do with the physical evidence. Soon the “Beatrice Six” are convicted on their own mutual words and sent off the prison.
And that’s just the start of the story!
What Ferak does is untangle this complicated plot, one spiderweb strand at a time. What the reader comes to see is that these people, in some cases virtual strangers, have been manipulated by the legal system. It is raw and unfair – and downright scary. This could happen to anyone. When you watch HBO’s outstanding “The Night Of…” it is a mirror of what the Beatrice Six went through.
John Ferak kept me in-line as a reader as he unravels this story – no small task given the complexities of the case and the number of characters involved. Outstanding work here. He takes us through the eventual release of these perpetrators and the pursuit of the real killer.
This is a story of horrific miscarriages (multiple) of justice – of small towns, bitterness, nepotism, and the gritty underbelly of almost every community. I was riveted through the entire book and the level of detail provided is outstanding.
The only thing I can compare this too is Mardi Link’s Wicked Takes the Witness Stand, a similar story in the same sub-genre of true crime.
Failure of Justice should be required reading in law schools as a lesson in what not to do.

JoAnn Brown
5.0 out of 5 stars Unbelievable that this could happen... Must read!
Reviewed in the United States on 1 June 2016
Verified Purchase
This book was exceptionally written!

It gave detailed info about the people who were involved, the facts of the crime and the way it all came about.

I found it astonishing how not one but five
people could be manipulated into believing they were at a crime they knew nothing about, by the authorities, by using head games. Especially a crime this horrendous.

I was appalled with the authorities involvement, it was so clear these people knew nothing about the crime. They ruined six lives for their own gratification!

And even more upseting is that the authorities that felt this was wrong... Just walked away without even trying to help them or find the truth.

If I hadn't know this was a true story, I'd have said the book wasn't even a believable plot.

But, they do say truth is sometimes stranger then fiction... This book is proof.

I'm adding this because when I wrote this revue I was so ao over whemled!

These stories need to be told! We need to be aware of the possibility of becoming a victum... It does happen... It needs to be stopped... The only way is through knowing and not being niave ..l thank you for bring this to our attention!
Read more
16 people found this helpful
Report abuse

Emilio Corsetti III
5.0 out of 5 stars An incredible story of six wrongful convictions
Reviewed in the United States on 6 August 2016
Verified Purchase
Most people are of the belief that no one would ever confess to a crime they did not commit. Hundreds, maybe thousands, of innocent people have served time or are currently serving time as a result of false confessions. Author John Ferak points out that in cases of DNA-backed exonerations, about 25% involve false confessions.

So how does a false confession happen? In most cases, there is a lengthy interrogation without a lawyer present. The individual is poorly educated. Investigators threaten the individual with lengthy prison time if they don't confess. When that person finally breaks under pressure, they give elaborate, detailed accounts of the crime. When their version of the crime doesn't fit the evidence, the interrogator coaches them and provides them with crucial details.

But even when the entire interrogation is videotaped. Even when it is obvious that a confession is false. The police, prosecutors, and defense lawyers all go along as if the inconsistencies in the confession can all be ironed out later at trial. If you watched the documentary "Making a Murderer," then you saw Brendan Dassey's false confession. Unfortunately, Brendan is still in prison. Other famous cases involving false confessions include the Memphis Three, The Central Park Five, and the Norfolk Four.

The story of the Beatrice Six, which involved four false confessions, is a compelling case study of our flawed justice system. It shows why we should abolish capital punishment. It shows why we need to hold prosecutors accountable when their actions directly contribute to a wrongful conviction. Maybe if their livelihood was at stake, they wouldn't be so willing to ignore evidence pointing away from the accused. They wouldn't be involved in destroying or suppressing evidence of innocence.
Read more
5 people found this helpful
Report abuse
See all reviews
Back to top
Get to Know Us
Make Money with Us
Let Us Help You
And don't forget:
© 1996-2021, Amazon.com, Inc. or its affiliates