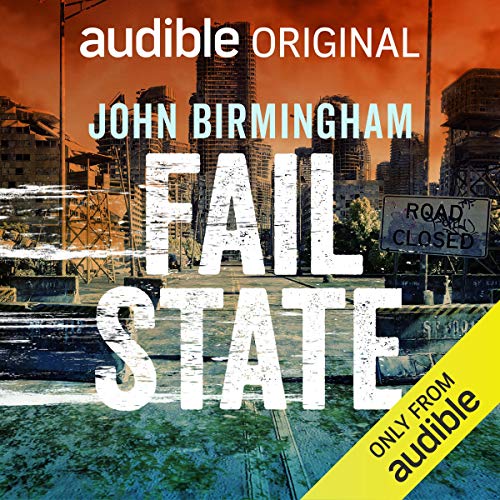 Simon Higgins
5.0 out of 5 stars Ripping yarn, great listen
Reviewed in Australia on 17 March 2021
Verified Purchase
This is a great listen, and not only does the plot and characters drag you in totally but the narrator is awesome in this one. Onto the 3rd on the series and loving it.
Read more
Helpful
Report abuse

Stephen Collins
5.0 out of 5 stars I hesitate to use the word "cracking" but this is!
Reviewed in Australia on 28 May 2020
I'm a committed JB fan, so I was always going to listen to this.

In this second part of JB's non-zombie apocalypse, he exposes more well-researched future-gazing as the US vanishes up its own libertarian fundament. Listening to this in the age of COVID and as a keen consumer of apocalyptic books and games, it's a tad uncanny how close (though a few steps more apocalyptic) he is to the reality.

sharyn
5.0 out of 5 stars Love this book!
Reviewed in Australia on 21 February 2021
Great story, in parts funny, thrilling, and very very clever. It’s nearly unbearable waiting for the next nook in the series. The narration is so good that I’ve gone looking for more books featuring this narrator.
Read more
Helpful
Report abuse

Amazon Customer
5.0 out of 5 stars Can't wait for the next one.
Reviewed in Australia on 26 December 2019
Typical Birmingham. Engrossing, exciting and fast paced. What more do you want?
Read more
Helpful
Report abuse

big fan
5.0 out of 5 stars Can’t wait for book 3
Reviewed in Australia on 10 February 2020
Great book 2 of the trilogy. Found myself not wanting it to end. Impatient for the third book JB.
Read more
Helpful
Report abuse