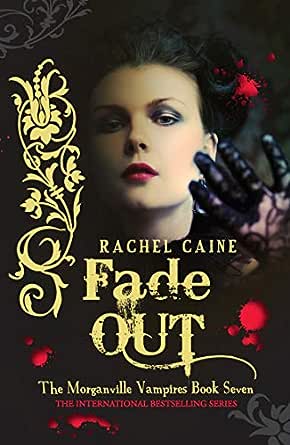 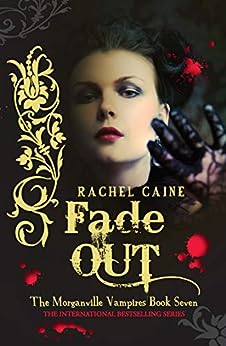 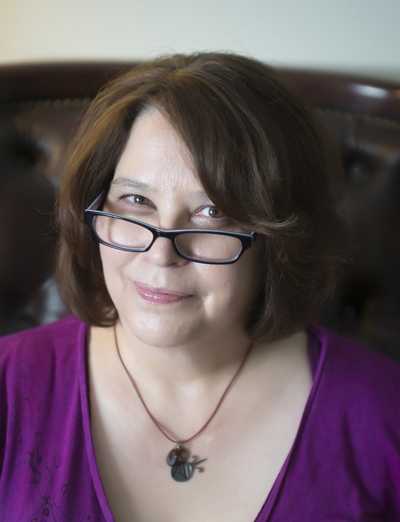 'Dump Stephenie Meyer's Twilight books and replace them with the Morganvilles' SFX Magazine 'Addictive and hypnotic' The Eternal Night --This text refers to an alternate kindle_edition edition.

The Morganville Vampires Book Seven. As if life as a student wasn't complicated enough, Claire just happens to live in a town run by vampires.
--This text refers to an alternate kindle_edition edition.

Rachel Caine is the New York Times bestselling author of more than thirty novels. She was born in White Sands Missile Range, which people who know her say explains a lot. She has been an accountant, a professional musician, an insurance investigator and, until recently, carried on a secret identity in the corporate world. She and her husband, fantasy artist R. Cat Conrad, live in Texas with their iguana, Popeye.

Without the evil vampire Bishop ruling over the town of Morganville, the resident vampires have made major concessions to the human population. With their newfound freedoms, Claire Danvers and her friends are almost starting to feel comfortable again. Now Claire can actually concentrate on her studies, and her friend Eve joins the local theater company. But when one of Eve's castmates goes missing after starting work on a short documentary, Eve suspects the worst. Claire and Eve soon realize that this film project, whose subject is the vampires themselves, is a whole lot bigger - and way more dangerous - than anyone suspected. --This text refers to an alternate kindle_edition edition.
Read more

4.7 out of 5 stars
4.7 out of 5
223 global ratings
How are ratings calculated?
To calculate the overall star rating and percentage breakdown by star, we don’t use a simple average. Instead, our system considers things like how recent a review is and if the reviewer bought the item on Amazon. It also analyses reviews to verify trustworthiness.

Claire Mill
3.0 out of 5 stars Potential...but ultimately falls flat
Reviewed in the United Kingdom on 29 December 2009
Verified Purchase
After 6 books that are all continuing plots, this 7th book is pretty much the start of a new plot arch in the Morganville world. Things have calmed down for the 4 teen housemates, to a certain extent, and things appear to be a little safer. But then some new vamps show up and things start getting messy again.

I finished this book days ago, and still can't figure out if I hate it, or if it's simply okay. On the good side, Claire is showing she's done some serious (and much needed) growing up. There is the introduction to Kim, a girl who rapidly becomes Eve's new BFF and leaves Claire wondering what's going on and very jealous, and jealous too of Shane's (her boyfriend) previous relationship with Kim. Both of which are realistic and I'm sure teens reading the book will easily relate to the feelings expressed. Another good side plot is Michael's torn loyalties to the vampires and his human friends, and the strain it puts his relationship with Eve under. All of these things had me interested and enjoying the book.

However, there are several plots here that really don't work. Amelie, Morganville's unapproachable and unrelenting founder, is a completely different character here. She spends most of the book upset and not her usual 'white marble' self, which is both disappointing and annoying. The plot revolving around Kim, could have been good I think, but the main focus of anger and upset ends up on certain aspects that whilst yes, give cause for the reactions, should not have become the sole focus as they did. Likewise, the characters reactions, Eve's in particular, to the betrayal from another character seemed very weak and far too forgiving.

The other main plot involves Ada, the computer/ghost/vampire that 'runs' Morganville unseen. The idea of something like that is, as a friend so aptly put it, 'a little out there, even for me'. But here, she becomes a bigger player and it gets tired in about 2 pages. That it drags on for the entire book is bad enough, but the conclusion it comes to was frustrating and disappointing. The whole ending in fact was a real let down. In many ways nothing happened, and a lot happened. That doesn't make a whole lot of sense, but it's true. Several little things happened to tie up threads, or leave new ones open for the next book, but nothing big happened. And after the build up through the book for something big, it was very anti climatic leaving me annoyed.

The book itself isn't that long a read, and it's pretty fast going. I was still pretty well hooked despite it's flaws and finished it in a couple days. But for me, it is a series very much aimed at teens rather than being a series that can be equally loved by adults. A little young at times, a little simple, but with good moments. A series I have to rate over Twilight simply because the characters don't annoy me as much as Bella and Edward do, but really, if you want a very good young adult vampire series, one with great characters and plots, you have to read Richelle Mead's Vampire Academy series. There is no better in my view! Fade Out may be better than some Morganville Books, but it's not the best and the series is never going to be a favourite of mine.

Jess
5.0 out of 5 stars Fade Out - One of the best in the series
Reviewed in the United Kingdom on 26 February 2010
Verified Purchase
In the town of Morganville vampires and humans live together, in an almost harmony. Claire, Eve, Michael and Shane are best friends who live in this small town and they already regret it, too bad they are unable to leave.
Fade Out continues the story in Morganville. Amelie is trying to take back control of her town, making it better for not only her fellow vampires but also the humans. Claire and her friends start to settle back into a somewhat normal way of life now that the Bishop has gone. Claire is able to concentrate on her studies and Eve joins the local theatre company; however when a cast mate goes missing after starting work on a documentary, Eve - being friends with the missing girl - immediately suspects the worse. As the gang search for her, they uncover what this documentary is really about.
Personally my favourite book in any series is always the first one; it gives the first introductions to the characters and sets the scene. Fade out is the seventh book in the series and it is probably my second favourite. Without the disruption of The Bishop and the drama of the town in chaos we finally get to learn the big secrets of the town. We finally get understand the portals, and Ada. The new character Kim surprised me, even though she is supposed to be mean and inconsiderate I loved her. I thought she was a little evil but very funny. I am anxiety awaiting the next in the series.
Read more
Report abuse

PJ Rankine
4.0 out of 5 stars More Morganville machinations
Reviewed in the United Kingdom on 7 July 2010
Verified Purchase
I have read both of Rachel Caine's series and whereas the 'Weatherwarden' series just got too big for it's own boots she has kept things real in the 'Morganville vampires' series by keeping all the action in one small Texas town. Bishop has been defeated and a cure found for the vampires' sickness so life returns to normal in Morganville. Except of course life is never normal in this town and Claire and her friends are soon involved in more vampiric machinations and conspiracy. Many old friends feature in this tale with a few new characters, at least one of whom will obviously continue into the next book. Despite the fact that this book is obviously aimed at a young audience, at the age of 52 I still find this series a great read and far more believable than the moody romanticism of the 'Twilight' series or the complicated meandering of Ann Rice. The only downside is that being book seven of a series it is really for fans only, there is too much back story for the casual reader to pick up.
Read more
Report abuse

Ms. B. Preddy
5.0 out of 5 stars Fab as usual
Reviewed in the United Kingdom on 25 January 2016
Verified Purchase
Iv read all the books from the very beginning & had to re-read them all again now that it's been a while. I love the fact that there's always the unexpected! Even reading a second time I kept forgetting what was going to happen! I wish you'd make these into a tv series! They'd be fab!
Read more
One person found this helpful
Report abuse

Heather
5.0 out of 5 stars Gets better and better!
Reviewed in the United Kingdom on 28 October 2014
Verified Purchase
This series just keeps getting better and better. I was a little sceptical reading the first book (was bought as a present) but enjoyed it so decided to purchase a few more in the series - now I can't stop reading and rarely put one of the books down. It is very easy reading but well written to keep the reader wanting more. Certainly a contender for the Twilight / True blood books - all of which I have read and loved. Just wish they would make the TV series/film of this. You feel you know the characters and their personal traits but the books still offer more to keep you hooked.
Read more
Report abuse
See all reviews
Get FREE delivery with Amazon Prime
Prime members enjoy FREE Delivery and exclusive access to movies, TV shows, music, Kindle e-books, Twitch Prime, and more.
> Get Started
Back to top
Get to Know Us
Make Money with Us
Let Us Help You
And don't forget:
© 1996-2020, Amazon.com, Inc. or its affiliates