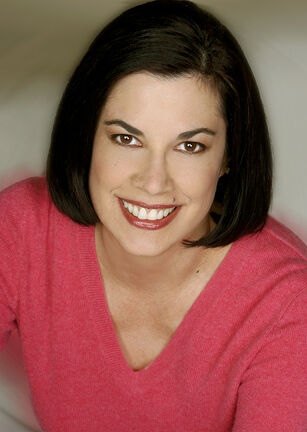 Page 1 of 1 Start overPage 1 of 1
Previous page
Next page
Start reading Facials Can Be Fatal (Bad Hair Day Mysteries Book 13) on your Kindle in under a minute.

Anne Blyth
4.0 out of 5 stars Mystery and intrigue
Reviewed in Australia on 23 February 2017
"I voluntarily read an advanced reader copy of this book.”

If you love lots of suspects and conspiracy theories, this is the book for you. Nancy J Cohen has a unique way of writing and her story line has many twists and turns. I personally found it a little more work than I usually like to keep up with who's who but I imagine any follow up books will be easier as main characters will already be familiar. Nancy certainly has a talent for bringing all the theories together in the end so the reader is not left wondering.
Read more
Helpful
Report abuse
See all reviews

Doward Wilson
5.0 out of 5 stars A Facial Leads To Murder & Treasure Hunting
Reviewed in the United States on 12 March 2017
Verified Purchase
Meet Marla Shore, owner of the Cut 'N Dye hair salon in Palm Haven, Florida. Marla is a savvy business woman who has worked hard to achieve her current success. When a death occurs next door in her newly opened day spa and turns out to be murder, Marla works with her husband of almost one year, Detective Dalton Vail, to find out who did it and why! Valerie Weston was a huge supporter of Friends of Old Florida, a nonprofit historic preservation group. Marla and her stylists are doing the hair of the fashion models working the groups biggest fund raiser of the year, a fund raiser entirely underwritten by Valerie. As Marla and Dalton quietly investigate the members and officers of the group, several suspects come to light. There is the greedy land developer whom Valerie has been butting heads with, the fashion designer whose husband may have ties to the Asian Mob, the local funeral director who is involved in the human hair trade, one of the officers in the preservation group or is it someone else who has ties to her past. When Marla receives a journal written by Valerie's father, she discovers that he was involved in a decades old treasure discovery and murder. Was this another piece of the puzzle? This is another entertaining adventure in this series and it delivers everything I love in a great cozy mystery! Well drawn and developed characters. An entertaining theme that highlights the inner workings at a beauty salon and the wonderful background scenery of Southern Florida. This is a series that stays fresh and provides a well done murder plot with each new book in the series. I highly recommend every book in this long running series for any cozy fan who wants an adventure and a glimpse of what goes on behind the shampoo sink in their favorite salon!
Read more
2 people found this helpful
Report abuse

Muddy Rose Reviews
5.0 out of 5 stars A Killer Facial
Reviewed in the United States on 11 March 2017
Verified Purchase
It’s December and much too hectic for one more thing. Salon owner/operator Marla Vail can’t believe one of Florida’s best known philanthropist died in her day spa. To save her reputation and her business, Marla puts on her amateur sleuth hat and noses around the suspect pool. She’ll have to move fast because this killer clearly has an agenda that has nothing to do with ho-ho-ho.

This is the 13th Bad Hair Day mystery, and Cohen writes with such freshness and attention to detail that I was hooked from page one. I love the interplay of romance, mystery, and suspense, and this book has all three. If you want an engaging and entertaining cozy, I suggest you check out Cohen’s Facials Can Be Fatal.

charlene
5.0 out of 5 stars facials can be fatal
Reviewed in the United States on 25 August 2019
Verified Purchase
I love this series! So much going on with Marla and Dalton soon to celebrate their first anniversary. Then Chanukah, Christmas and New Years! A customer is found dead at Marla's spa and brings with it more mystery, suspense and along with more dead bodies. New interesting and complex characters and lots of detailed scenes of Florida. So many suspects! I'm on to the next escapade of Marla!
Read more
One person found this helpful
Report abuse

Nash Black
5.0 out of 5 stars Mask of Death
Reviewed in the United States on 10 August 2017
Verified Purchase
Frantic sets the pace in Facials can be Fatal. 1st anniversary, high powered fashion show, Hanuka, Christmas, New Years, and opening a new spa has Marla Shores literally pulling her hair at the Cut 'n Dye saloon. When a long time customer is discovered dead in the spa things get worse as Marla races to make her commitments and unmasked a killer.
Nancy Cohen doesn't disappoint with her cozy series, A Bad Hair Day.
Nash Black, author of Games of Death
Read more
2 people found this helpful
Report abuse

Chloegirl
5.0 out of 5 stars Great Mystery!
Reviewed in the United States on 24 February 2017
Verified Purchase
Nancy Cohen weaves an excellent mystery that kept me engaged from beginning to end! I love the relationship Marla has with new hubby Dalton & stepdaughter Brianna. There were lots of twists & turns to the plot leading to a surprising ending with just a bit of a cliff hanger to keep me eager for the next installment.
Read more
2 people found this helpful
Report abuse
See all reviews
Back to top
Get to Know Us
Make Money with Us
Let Us Help You
And don't forget:
© 1996-2021, Amazon.com, Inc. or its affiliates