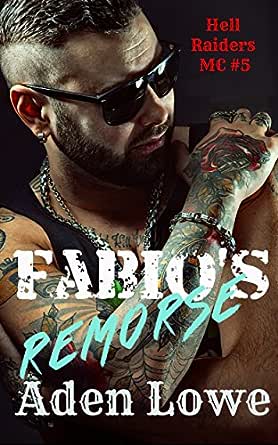 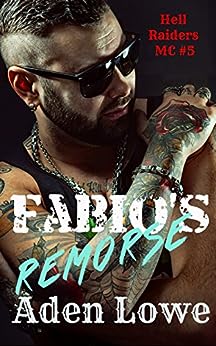 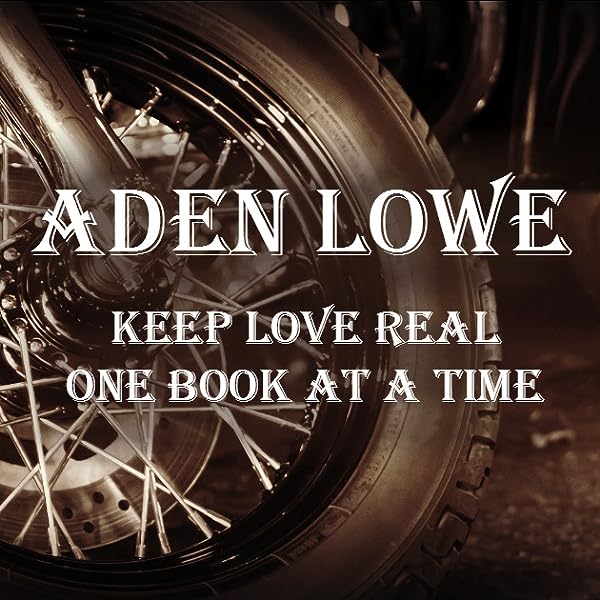 Fabio thought leaving his high-school sweetheart to join the Army was the hardest thing he would ever do. He took everything war threw at him, knowing he had to get back to Justine.

The Dear John letter came, and he wanted to die. The fucking enemy refused to cooperate, and he lived. Now, all he has is a Top Secret past, and the Hell Raiders MC.

Justine had love and a career, but they took her honor, leaving her no choice. Fabio deserved more.

Tragedy brings Fabio back into her life, and she can't turn away. This time, does she have the strength to fight for him? Will he refuse her?

**This book is a full length, stand alone, novel, at 70,000 words. The other books in the series do not have to be read first, but previous characters are revisited, and past events referred to.**

***This book contains adult situations, including violence, some of which may serve as triggers for some readers. There are references to past sexual violence.***

Kathy Rouchelle for Cajun Heat Book Blog
5.0 out of 5 stars Fabio's Remorse is a wonderfully well written story of love
24 May 2016 - Published on Amazon.com
Format: Kindle EditionVerified Purchase
In true Aden Lowe style, Fabio's Remorse is a wonderfully well written story of love, loss, honor and loyalty. I think I have fallen in love with each and every one of the Hell Raiders MC that Aden Lowe has written about and this one is no different. Fabio came to the MC after leaving the military behind and leaving his home town behind after being sent a Dear John letter from his high school sweetheart. After saving one of the members from certain death he was invited to their club to visit them. After traveling for some time, he decides to take them up on their offer and make the trip to pay them a visit. He had no intention of staying in the beginning but after some thought and some chatting with other members he found that the one he saved said he would sponsor him in becoming a Prospect in the club, if he decided he wanted to stay. And stay he did, but receiving some tragic news brings his whole painful past rushing towards him. With Crank by his side he returns home to handle some family business, where he runs into the girl who broke his heart and nearly destroyed him. His anger towards her still simmers just beneath the surface, but family matters need to be squared away and dealt with before he can attend to his past. Unfortunately that doesn't work in his favor either when a call from "her" brings him right into the real reason she broke up with him to begin with. Seeing her broken and terrified after hearing what had happen to her, he vows to her to protect her from the evil that had hurt her. Will they be able to return to what they once had or will the evil that took them from each other keep them apart?
This is a wonderful story. Exciting, scary, (justified)brutality, painful, loving and healing. Having read the other books in this series it was great to read about Fabio's story and get down to what was always haunting him in the other books. I really enjoyed this book, just as I have the other books in this series. Aden Lowe has fast become one of my favorite Indie Authors! Great job Aden Lowe...another winner! I highly recommend this series to anyone who enjoys MC books and to those who haven't tried them yet...you will really love these books!!

A. Mayer
5.0 out of 5 stars Another great book in the Hell Raider series by Aden Lowe.
31 May 2016 - Published on Amazon.com
Format: Kindle EditionVerified Purchase
The 5th installment in the Hell Raiders MC series is Caleb/Fabio's story. He joins the military and while he is away he gets a "Dear John" letter from his childhood sweetheart, Justine. He is totally devastated and struggles to recover from it. He leaves the military and through chance happenings ends up joining the Hell Raiders. Then fate throws Caleb/Fabio a curve ball and he has to deal with family issues in his hometown where he runs into Justine again.

Don't let the title name of Fabio deter you. It is a funny nickname given to one badass biker with a huge heart. I love how the author writes about these big biker guys who are so tough in their MC business but when it comes to their women, they are are so loving and loyal, especially in Fabio's case. Even though she broke his heart he couldn't get over his love for Justine. The author's portrayal of Justine and her trauma is also so intense. I really felt her emotions and fear as read through the book. AND last but not least "Hell Fire" oh my gosh, as I read it, my jaw was open in astonishment. I have no words to describe it.

VickiSue
5.0 out of 5 stars OMG!!!!
25 May 2016 - Published on Amazon.com
Format: Kindle EditionVerified Purchase
Dang you Aden Lowe just when I gave my love for Trip up to Ryker you had to go and hand it to Fabio on a silver platter!! You took us from two sweet and innocent kids into situations no one should ever have to endure. There was never a let down from start to finish. Fabio and Justine melted my heart with the good, the bad and the ugly. Nicole and Tyler were a good lesson for Fabio and Crank. Keeping the other Hell Raiders in the story is always a plus for me.
Now you better not make me give up Fabio to Crank 😇😍

clheisz
5.0 out of 5 stars I absolutely LOVED the story of Fabio & Justine
25 May 2016 - Published on Amazon.com
Format: Kindle EditionVerified Purchase
I absolutely LOVED the story of Fabio & Justine! I can't quite call it a romantic love story, it's more a dark romance! The story is well-written, the characters are complex, the plot is full of twists and turns. My only criticism is that I'd like more! I'd like more details of them falling in love, Fabio in the armed forces, more Justine as a teacher and her odd family life, more of Fabio & the kids - I'd just like more!

Fabio is now my favorite in the Hell Raiders MC series, surpassing Trip (and that's say a LOT!). Each story in this series is better than the last, read them all - in order - they're worth every penny!!!

I'm hoping Crank is the next in the series (he really needs a book!). Get writing Mr. Lowe, I can't wait!!!

Hummingbird Creations
5.0 out of 5 stars Hot alpha MC males and the women they love... 5 star book.
3 June 2016 - Published on Amazon.com
Format: Kindle EditionVerified Purchase
Caleb and Justine have been together since high school then Caleb leaves for the Army. Justine has some terrible things happen to her while Caleb is deployed resulting in a dear John letter to Caleb. After some wrong decisions Caleb leaves the Army. He meets Crank who introduces him to Hell Raiders and they give him the road name Fabio. When things happen Fabio has to go home he runs into Justine and finds out the real reason she wrote the letter and now he wants her back. This book will send your emotions on a roller coaster ride. Full of twist and turns that keep the pages turning. This is a gut wrenching story of a forever love story. Well worth the money. Can't wait for Crank's story.
Read more
Go to Amazon.com to see all 69 reviews 4.8 out of 5 stars
Get FREE delivery with Amazon Prime
Prime members enjoy FREE Delivery and exclusive access to movies, TV shows, music, Kindle e-books, Twitch Prime, and more.
> Get Started
Back to top
Get to Know Us
Make Money with Us
Let Us Help You
And don't forget:
© 1996-2020, Amazon.com, Inc. or its affiliates