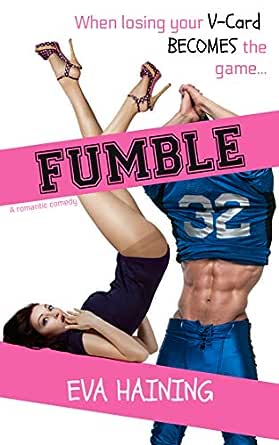 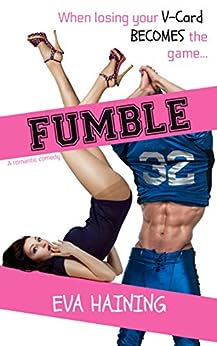 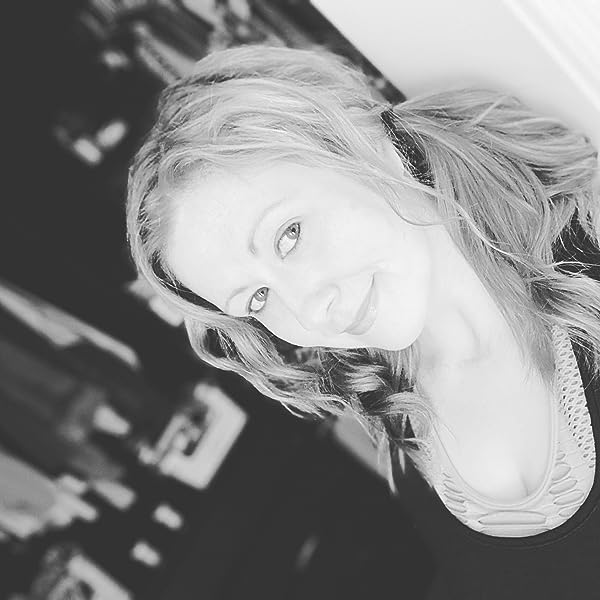 sharon jones
TOP 500 REVIEWER
5.0 out of 5 stars Hunter & Faith
Reviewed in Australia on 28 July 2020
This is my first book by Eva Haining and I can confidently say I will be reading every new book she releases. I love it when I take a chance on a new to me author and when I finish the book I just know I have read something special.
To begin with I thought the name of the book was a play on Hunter’s former profession. But it was something completely different and it was so entertaining to read. Secondly Faith was an absolute breath of fresh air. She was adorably hilarious and was the standout character for me.
Last but certainly not least - prayers to the big man upstairs but boy I cannot wait to get my hands on Coop & Zee’s book and that it’s release date is just around the corner!!! The small snippets towards the end of the story had me wanting more.
I voluntarily reviewed an advanced readers copy of this book

Live between the pages
5.0 out of 5 stars Eek
Reviewed in Australia on 22 October 2020
This book was hilarious, I loved the wit and humour. I laughed a lot, the storyline was great and I can’t wait for next book
Read more
Helpful
Report abuse

Ria - Reading Is Our Satisfaction
TOP 100 REVIEWER
5.0 out of 5 stars Klutz + Fooballer = HILARITY
Reviewed in Australia on 28 July 2020
Verified Purchase
Fumble
verb:
to do or handle something clumsily

Known for her angst-ridden romance novels, Eva Haining has tried her hand at writing romantic comedy ... she has succeeded brilliantly. FUMBLE is the perfect entry into this new genre for Ms Haining. Smiling and laughing, from beginning to end, I thoroughly enjoyed every word of Faith Fairchild and Hunter Vaughn's wonderful story.

Faith is not your typical heroine. Yes, she's sassy, smart, sexy, and confident ... she's also a walking disaster ... she's a klutz! If she's not tripping over her own feet, she's injuring herself on the bath (oh you must read this to believe it!). She's also a virgin ... and she's determined to get rid of that V-Card. She's just been given the chance of a lifetime ... to be Hunter Vaughn's personal assistant during his summer tour for the Hall of Fame, which he is about to be inducted into. Faith sees this as the perfect opportunity to lose that V-Card. She begins to plan everything out, but when she sees Hunter she decides he's the one who going to help her in her quest. There's just a couple of problems though, he's a lot older and her father was once his mentor.

Hunter is your typical ex-footballer: he's incredibly sexy, loves women, sexy, confident and totally alpha in his ways. He's also extremely honest and an absolute gentleman, where Faith is concerned. The more time he and Faith spend together, the harder he finds it to resist the sassy young woman she has become. even the age gap between them starts to become inconsequential. Oh this man is in so much trouble, especially after a wager is made between the two of them.

Ms Haining was extremely clever with the situations that she put her couple in, some were simply hilarious, others were extremely tense. As their friendship developed, I marveled at how Ms Haining used Faith's clumsiness, both in actions and words, to present some very interesting interactions.

Can Faith persuade Hunter to take her V-Card?
Will Hunter be able to resist Faith's clumsy ways?

Keep an eye out for Zee and Coop, Faith's and Hunter's best friends. Ahhhh Coop, that man was just simply divine!!! They are a riot to have around and definitely require a story of their own.

FUMBLE is definitely a required read. Non-stop laughter from start to end.

Tish smith
5.0 out of 5 stars Bring on the next
Reviewed in the United Kingdom on 29 July 2020
Verified Purchase
Oh my gosh this book, who doesn't love a romcom?
Soooooo many lol moments, I needed tissues to wipe away the tears of laughter streaming down my face... next on the must have list coffee lots and lots of coffee. I stayed up so late/ early *is 3am late or early. I don't think I know anymore 😆* reading this book *mum duties on no sleep are not the one*
Faith and hunters book isn't without trouble and a few mishaps along the way, but it makes the end oh so much sweeter.
Coop and zee were the most fantastic secondary characters and I cannot wait to get to know them better in the next book. Bring it on ♡
Read more
Report abuse

Vicki K-S
5.0 out of 5 stars A New-to-me-Author....LOL from the beginning!
Reviewed in the United Kingdom on 28 July 2020
Verified Purchase
* REVIEWING FOR ROCK HARD ROMANCE*

The blurb gives enough as to the idea of what this story is about,and I honestly was LOL right from the beginning,told in DUAL POV's,there is a gradual build up,on the second chance/younger female/older male tale,of course there is some drama along the way to their HEA, and side characters who will feature in the next in the series (tho this is easily read as a STANDALONE) .
A new-to-me Author,I look forward to reading more,as I enjoyed this story.
Read more
Report abuse

Amazon Customer
2.0 out of 5 stars Potential
Reviewed in Canada on 24 January 2021
Verified Purchase
This book had enormous potential. The idea was sweet and funny, but the execution was not great. It was annoying that most dialogue didn’t have any tags, there was little to no description at all, and most of the dialogue was not realistic (people don’t talk like that). I think this book could have benefitted from another round of editing or 2 and then it would have been a really cute book.
Read more
One person found this helpful
Report abuse

Kindle Customer
5.0 out of 5 stars Excellent
Reviewed in the United States on 30 July 2020
Verified Purchase
This is my first time reading this author and it won't be the last. This book had everything you want in a romance book. I was laughing out loud a lot, teary eyed, and you could just feel the steamy chemistry, and a little suspense. Loved it and couldn't out it down. Definitely worth the read.
Read more
3 people found this helpful
Report abuse

Penny fetchen
5.0 out of 5 stars Laugh out loud AMAZING!!
Reviewed in the United States on 28 July 2020
Verified Purchase
OmG.... Faith is the daughter of Hunters coach. She is also a virgin on a mission to lose it during the summer while she is helping Hunter on his Hall of Fame tour. Hunter tries to stop her from trying to lose it with him. But the chemistry between these two is hot. You will laugh so much at things that happen to Faith. I literally had to cover my mouth not to be so loud laughing at times. This is the first book I've read from this author and I LOVED IT!!! I couldn't put it down. A MUST read!!
Read more
One person found this helpful
Report abuse
See all reviews
Back to top
Get to Know Us
Make Money with Us
Let Us Help You
And don't forget:
© 1996-2021, Amazon.com, Inc. or its affiliates