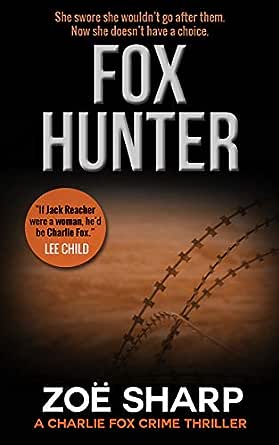 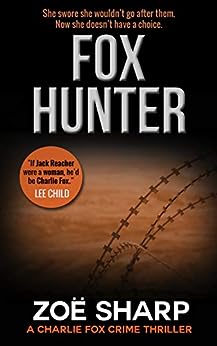 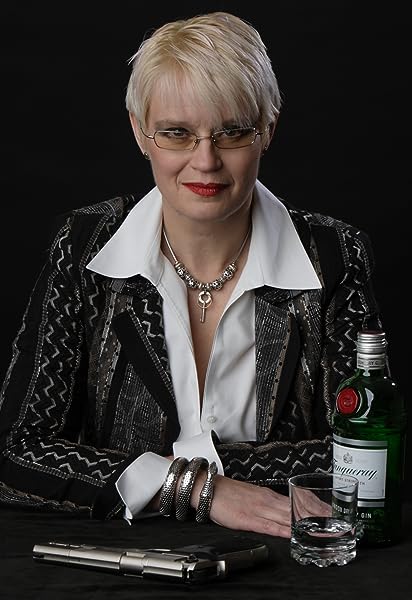 Charlie is a highly skilled killer, well aware of her capability for violence, with a moral underpinning that adds to her complexity, particularly here. Gritty, hard-hitting, all-around outstanding crime fiction.

Sharp's series featuring the troubled and violent Charlie stands out for its knowledgeable and convincing situations and well-crafted action sequences. When Charlie talks tactics, weapons, or reconnaissance, it rings true. Sharp writes her as emotionally disillusioned and vulnerable but never helpless. Nonstop action and an intricate plot weave together to create another thrill ride for fans of Sharp's heroine.

‘The dead man had not gone quietly… There was a time when I would have given everything I owned to be the one responsible for that.’

Charlie Fox will never forget the men who put a brutal end to her military career, but she vowed a long time ago she would not go looking for them.

Now she doesn’t have a choice.

Her boss and former lover, Sean Meyer, is missing in Iraq where one of those men was working as a private security contractor. When the man’s butchered body is discovered, Charlie fears that Sean may be pursuing a twisted vendetta on her behalf.

Sean’s partner in their exclusive New York close-protection agency needs this dealt with—fast and quiet—before everything they’ve worked for is in ruins. He sends Charlie to the Middle East with very specific instructions:

Find Sean Meyer and stop him. By whatever means necessary.

At one time Charlie thought she knew Sean better than she knew herself, but it seems he’s turned into a violent stranger. As the trail grows more bloody, Charlie realises that unless she can get to Sean first, the hunter may soon become the hunted.

“If I were a woman I’d be Zoë Sharp, and if Jack Reacher were a woman, he’d be Zoë’s main character, Charlie Fox.”—Lee Child

“Nonstop action and an intricate plot weave together to create another thrill ride for fans of Sharp's heroine.”—Kirkus

Amazon Customer
5.0 out of 5 stars A great read
25 April 2018
Format: Kindle EditionVerified Purchase
I was hooked from the first Charlie Fox book I read (book 2 in the series). I got hold of all the books in the series (9 up to that point in time) and started reading and have been reading Zoe Sharps books ever since. I hope in the future she writes more stand alone novels or comes up with a new character.
Read more
Helpful
Comment Report abuse

Amazon Customer
5.0 out of 5 stars As sharp as ever
18 November 2019
Format: Kindle EditionVerified Purchase
Plenty of twists and turns in this action packed story. Charlie is as lethal as ever. She gains a few friends along the way and meets some old enemies, from desert to snow.
Read more
Helpful
Comment Report abuse

Autumn
3.0 out of 5 stars Great ending
22 December 2019
Format: Kindle EditionVerified Purchase
Enjoyed this, particularly the ending... hopefully this signals that Charlie is moving past Sean and towards happiness as the amnesia angle was getting boring
Read more
Helpful
Comment Report abuse

Taryn
5.0 out of 5 stars LOVE this series
9 March 2018
Format: Kindle EditionVerified Purchase
I urge all crime fiction fans to give this series a go. Fast-paced, action-packed and gripping right from the start. And one of my all-time favourite heroines - I want to be Charlie when I grow up!
Read more
Helpful
Comment Report abuse

Libby
5.0 out of 5 stars "Fox Hunter" the latest release by Zoe Sharp
18 October 2017
Format: Kindle Edition
Zoe Sharp's "Fox Hunter" is much anticipated latest release in the Charlie Fox thriller series. If you have never read any of the previous books, then now is the time to begin and you will find that you become as equally addicted to this "kick arse" heroine as the rest of us. Once again Charlie is on the hunt to find the truth. If you like your heroines a bit quirky in the personality department and totally independent and strong physically, then Charlie is more than the woman for you.
This book leaves us all with unlimited possibilities for the future directions in which Charlie will go in the future. Anticipation about the next book is already making me impatient for the next instalment. Hurry up Zoe and deliver the next.

Go to Amazon.com to see all 45 reviews 4.7 out of 5 stars
Get FREE delivery with Amazon Prime
Prime members enjoy FREE Delivery and exclusive access to movies, TV shows, music, Kindle e-books, Twitch Prime, and more.
> Get Started
Back to top
Get to Know Us
Make Money with Us
Let Us Help You
And don't forget:
© 1996-2020, Amazon.com, Inc. or its affiliates