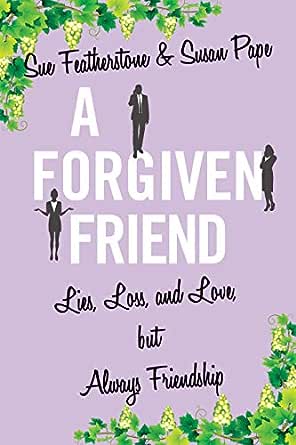 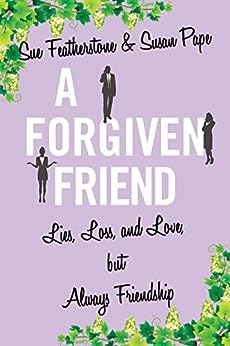 Honolulubelle
TOP 50 REVIEWER
4.0 out of 5 stars Clever and Amusing
Reviewed in Australia on 26 November 2019
Favorite Quotes:

Good Lord! Where were the toilets? Ms Kostanechi had gestured towards the shrubbery at the bottom of the garden. ‘We have the very latest in sustainable lavatory technology.’ What did that mean? A hole in the ground and a handful of moss, in place of a roll of aloe vera toilet paper?

She’d been as co-operative as a chattering of four-year-olds with earthworms in their knickers.

‘You’ve done what?’ Dogs three streets away howled in anguish, Connie-behind-the-Portly & Groops-counter dropped the tray of coffee cups she was carrying, and a toddler, who’d been struggling to climb out of his highchair, slid back into his seat and buried his face in his hands. Teri blinked… ‘Why? Why?’ I’d lowered my voice, largely because the huge lump in my throat was making it difficult to speak.

I’m not really into food where the steak is so lightly cooked there’s a good chance it’ll leap off the plate and start chewing the cud.

… those flirtingly sparkly blue eyes and heart-shaped ruby lips belie one of nature’s meanest gossips. She works on the basis that if a rumour has even a smidgen of truth in it, it’s worth spreading around the whole university on the basis that it’s bound to come true by the time it’s finished its travels… ‘Well, don’t you think it’s exciting?’ she chirruped, leaning in slightly and glancing into the back of my car in the hope there might be something incriminating there – like a naked man whose wrists were tied perhaps.

‘But, what about the age gap?’ She waved an elegantly painted finger. ‘Oh, age is just a number.’ ‘But aren’t there rather a lot of numbers between you?’

While almost all of the characters in this book were personalities I would avoid on pain of death and would definitely not enjoy personally sharing air with as they were deeply flawed and rather abhorrent, I smirked and barked my way through this witty and snarky tale. So much so, that I plan to read the two earlier books in the series. The writing was stellar and packed with highly amusing observations and rib-tickling descriptions that pulled sharp visuals to mind. I cringed and groaned at some of the awful things that Teri said and did, but I also couldn’t wait to see what happened next.

The character of Teri was the most loathsome to me as she was a thoughtless loose cannon and an obnoxious, red Louboutin shod drama-queen. She was basically a self-involved diva who couldn’t see or concern herself with anything beyond her own nose. She was selfish, impetuous, demanding, petty, lazy, gorgeous, insecure, and a honey trap for men. I couldn’t imagine why the stodgy academician, Lee, remained her friend. Teri thoughtlessly blundered on creating huge scenes and life-altering messes and Lee would seethe and grind her teeth, but eventually, she would sigh and forgive her. I must confess to never being that kind or patient towards anyone – friend or family. When someone screws me over - I make sure they aren’t able to do it more than once, and the earth beneath them is usually scorched!

I gained a treasure trove of new additions for my Brit Words and Phrases List with make a decent fist – make a worthy effort; lolloped – moving in an ungainly or awkward manner; and the multi-tasker of pipped which has several meanings such as – shoot with a gun, drunk, insult, molest, or defeat by a narrow margin; and twonk – which is Victorian slang for a stupid or foolish person, and although it may no longer be in use today, it is still fun to say.
Read more
Helpful
Comment Report abuse

Proud Book Reviews
TOP 1000 REVIEWER
3.0 out of 5 stars Not my cup of tea. The writing was well done and it's great that both characters views are shown
Reviewed in Australia on 30 November 2019
First off, I want to note that this book is written by two authors which might explain one of my problems with the book. Before I go into the negatives though I want to talk about the positive points!

Rather than being a romance (like so many of my other books) it’s a straight up story about the friendship between two women. There aren’t too many books that explore this dynamic, so it was interesting to read this, especially since both points of view are written.

Unfortunately, other than the writing being well written there’s not much else I can say that’s good about it.

I wasn’t drawn into the story, although I think this has more to do with this being the 3rd book and there was no set up or recap at the start to tell me who’s who. It felt like each other had chosen a character each and written their side of the story without checking that they were writing the same thing when they wrote about the same interaction from both sides. There were at least 2 instances where this happened and the phrases they said differed, and even their reactions and movements were different for each character.

I also found Teri hard to relate to given she was so self-obsessed. But then again, I guess that lack of self esteem and her personality as a result was one of the things the authors wanted to explore. Instead I constantly found myself wishing I could bitch-slap her and yell at her to calm the F down and let other people get on with their lives without her needing to be the constant centre of attention.
Read more
Helpful
Comment Report abuse
See all reviews from Australia

Claire Gardiner
4.0 out of 5 stars Sex, lies and videotapes
Reviewed in the United Kingdom on 6 December 2019
Verified Purchase
The final part of this co-authored ‘chick lit’ trilogy delves deeper into the whys and wherefores of an unlikely pairing of female friends. Many women can probably identify with Lee, the life-long, long-suffering friend of Teri. The former is a decent woman, a successful academic, and the now-pregnant partner of Dan, Teri’s TV-presenter ex. The latter is shallow, brittle, completely self-absorbed – a woman obviously suffering from narcissistic personality disorder.

Basically, if this were Swan Lake, Lee would be Odette (the white swan heroine) to Teri’s Odile (the black swan antagonist). And many of us know someone like that.

The first two books in the trilogy have followed the 30-somethings through their daily lives of academia (the University of Central Yorkshire) and television (Ridings TV). It’s traced their sexual exploits (Teri wins in the numbers stakes here), their overlapping family lives (Lee is the daughter of wealthy self-made Irish Catholics, Teri from an even wealthier yet more troubled background; both share an ex-wife in the shape of the ghastly Sara – Brazilian wax, bling, footballer toy boy - and spoilt stepdaughter Victoria), their trials and tribulations with mere mortals like Chrissie in admin and D’reen, the director’s PA at Ridings Today.

Alternate chapters are written in the ‘voices’ of one or other of the women. These voices have become more distinct over time – and show how two people experiencing the same situation can have very different perspectives.

This final novel starts with Lee discovering her unplanned pregnancy and Teri discovering unplanned romance with Richard, chubby managing director of Ridings TV. It takes the two of them through various ups and downs – including relationship bust-ups, an academic bursary based on the life of the debauched 17th Century Earl of Rochester, resignations, sackings and unexpected TV opportunities. In a nutshell, through sex, lies and videotapes.

The writing is sharp and sassy – as to be expected from two ex-journos. It’s also bitingly observational about academic attitudes and jargon – as to be expected from former academics. Anyone who’s worked in a university has heard nonsense-speak like: “While we’re breakfasting al desko, I’ll attempt to decomplexify the situation” and “We’re hoping to get some leverage on the broad parameters of the project, plus Deirdre was also talking about setting up a responsibility matrix to help identify issues and backfill requirements, as well as key milestones and protocols”.

That ear for linguistic detail is part of what gives the racy romps their pace and flavour. What a pity we won’t see another instalment in the lives of these (not so) old friends.
Read more
Helpful
Sending feedback...
Thank you for your feedback.
Sorry, we failed to record your vote. Please try again
Report abuse

Ms. Laurie J. Bell
5.0 out of 5 stars I didn't want it to end
Reviewed in the United States on 2 December 2019
Verified Purchase
Noooooooo, it’s the final book in the series! Ah, but what an enjoyable one. Honestly, Teri and Lee drive me mad but it is thoroughly entertaining to find out what incredible shenanigans they have gotten up to now. This is a terrific end to a series. (But I still want to know what happens to them next – the sign of excellent storytelling).

I simply love the way moments are told from differing points of view – and I never know who is actually telling the truth of a story – as from their own points of view – they are perfectly correct. It’s fabulous insight into how two people who know each other extremely well… don’t really know each other at all. It’s a brilliant insight into friendship and the trials and suffering that comes from them, and it shows how the memory and recall of an incident – any incident – is really subjective depending on the point of view.

It certainly makes me wonder what my friends really think of me!

The pacing of the story rockets along as more and more hi-jinks occur. Honestly, I cannot believe the trouble they get themselves into. The love lives and working lives of these two women and their emotional journey, shows ultimately, the real meaning of friendship. A terrific read.

Clever writing and a clever story. I’m a bit heartbroken that it is now at an end.
Read more
Helpful
Sending feedback...
Thank you for your feedback.
Sorry, we failed to record your vote. Please try again
Report abuse