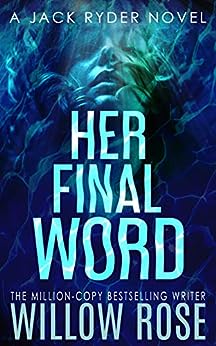 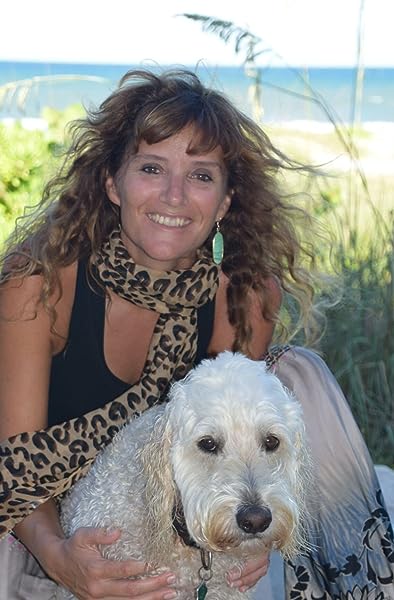 Willow Rose is a multi-million-copy best-selling Author and an Amazon ALL-star Author of more than 80 novels. Several of her books have reached the top 10 of ALL books on Amazon in the US, UK, and Canada. She has sold more than six million books all over the world. She writes Mystery, Thriller, Paranormal, Romance, Suspense, Horror, Supernatural thrillers, and Fantasy. Willow's books are fast-paced, nail-biting page-turners with twists you won't see coming. That's why her fans call her The Queen of Plot Twists. Willow lives on Florida's Space Coast with her husband and two daughters. When she is not writing or reading, you will find her surfing and watching the dolphins play in the waves of the Atlantic Ocean. --This text refers to the hardcover edition.

4.5 out of 5 stars
4.5 out of 5
372 global ratings
How are ratings calculated?
To calculate the overall star rating and percentage breakdown by star, we don’t use a simple average. Instead, our system considers things like how recent a review is and if the reviewer bought the item on Amazon. It also analyses reviews to verify trustworthiness.

Lucy Appadoo
5.0 out of 5 stars A page-turner
Reviewed in Australia on 1 January 2019
Verified Purchase
I loved this book as I enjoy immersing myself into the Jack Ryder character and his family issues. He needs to balance his family conflicts with this one, and I'm overjoyed that the family issue resolved and that he fought the villain, as always. I strongly recommend this book.
Read more
One person found this helpful
Helpful
Report abuse

Elsie Hanlin
1.0 out of 5 stars couldn't read it
Reviewed in Australia on 15 July 2019
Verified Purchase
Just didn't seem to be able to "get into" the story
Read more
Helpful
Report abuse

CM
5.0 out of 5 stars Her Final Word
Reviewed in Australia on 9 January 2021
Wow, I loved this one so many twists and turns. I did eventually work out who it was but not the partner in crime. A very satisfying end to this story that left a smile on my face. Well told Willow Rose.
Read more
Helpful
Report abuse

Jane Giddings
TOP 500 REVIEWER
5.0 out of 5 stars Her final word...
Reviewed in Australia on 11 December 2020
Oh my gosh what a fantastic book thank you. Yet again wow. This was phenomenal and the suspense was unbelievable. It had many twists but the best part was the ending so so good. I highly recommend this book to everyone.
Read more
Helpful
Report abuse
See all reviews

Seb Barrow
5.0 out of 5 stars Yup
Reviewed in the United Kingdom on 27 May 2019
Verified Purchase
Another good read from the ever reliable Willow Rose. Jack and his "daughter" Emily are on holiday in the Bahamas looking for her relatives. But a death soon changed that and they both get involved in investigating this case.
Well written and keeps you going on until you get to the end.
Read more
Report abuse

Amazon Customer
4.0 out of 5 stars It's well worth a read
Reviewed in the United Kingdom on 16 June 2019
Verified Purchase
This was a good book that kept you turning the pages. It became apparent about half way through who the culprit was but there were still twists and turns. I enjoyed this book. It's well worth a read.
Read more
Report abuse

Daphne Hill
5.0 out of 5 stars .
Reviewed in the United Kingdom on 16 June 2019
Verified Purchase
Great read, the chapters on the early years fills in the story, you can't help guessing "who dunnit" ? Last few pages provide the answer, & still there is a twist.
Read more
Report abuse

Kindle Customer Brian Stoddart
4.0 out of 5 stars Another great story
Reviewed in the United Kingdom on 1 May 2019
Verified Purchase
Again Willow Rose has written a book that cannot be put down, weaving the plot skilfully around each character. All the elements of this book make it one not to miss.
Read more
Report abuse

maria fitzpatrick
5.0 out of 5 stars Good book
Reviewed in the United Kingdom on 19 November 2018
Verified Purchase
No problems
Read more
3 people found this helpful
Report abuse
See all reviews
Back to top
Get to Know Us
Make Money with Us
Let Us Help You
And don't forget:
© 1996-2021, Amazon.com, Inc. or its affiliates