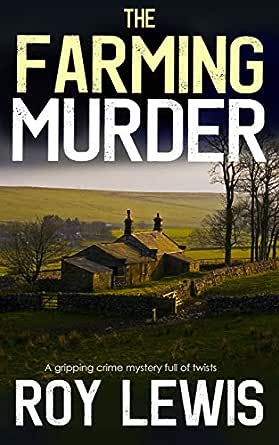 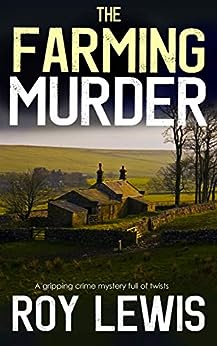 Discover Eric Ward, policeman turned lawyer. Enjoy a beautifully told story from a time before smart phones and DNA testing. Full of twists and turns, this will have you gripped from start to finish.

Please note this book was first published as “Dwell In Danger”

Jack Saxby is trying to keep the farm he thought he’d been given by his mother. His vindictive father wants to take it away, and Jack’s two brothers also have their own agenda.

Then there’s a suspicious death, and the family’s dark secrets come to light. Can Eric Ward, representing Jack, find out who’s really guilty.

Can he solve the case and save his reputation?

This fast-paced mystery will have you enthralled from the start. Set in England in the early 1980s, this is the second book to feature Eric Ward. More coming soon.

THE DETECTIVE
Eric Ward is forced to retire from the police when he discovers he suffers from glaucoma but qualifies as a solicitor (lawyer) and sets up his practice on the Quayside in Newcastle, where he deals with the seamier side of the law. When he marries a wealthy young woman she attempts to persuade him to settle in Northumberland and work with wealthier clients but he stubbornly refuses to give up his criminal practice in Newcastle. Although she draws him into the world of high finance he still insists on continuing at the Quayside—which causes tensions within his marriage, and lead to fatal consequences.

Peter the constant reader
TOP 50 REVIEWER
5.0 out of 5 stars Cream of the crop.
7 July 2019
Format: Kindle EditionVerified Purchase
It is pleasure to read the adventures of Eric Ward ex police and now lawyer. A bequest goes wrong and there is a murder. There is a suggestion that the senior council's son caused part of the problem before he left.

So Eric has many balls in the air and is not known for giving up or covering up. A recipe for a long and involved investigation. At least Anne Morcomb comes back into the picture but again not his strong suit. At the same time his eyes and possible blindness has to be faced.

Kindle Customer
TOP 1000 REVIEWER
3.0 out of 5 stars A easy read
11 July 2019
Format: Kindle EditionVerified Purchase
A refreshing change. This book has a plot created from the battle between family ownership of a farm. The hero is a solicitor battling a debilitating eye condition. It’s not full of twists and turns, don’t let the sales line fool you. It’s just an easy book to read with little drama.
Read more
2 people found this helpful
Helpful
Comment Report abuse

Kindle Customer
4.0 out of 5 stars An interesting tale
30 November 2019
Format: Kindle EditionVerified Purchase
This story rambled along quite strongly with enough to keep you interested for the journey. The conclusion was somewhat disappointing with no dalliance with Anne, but it will surely follow in the next tale.
Read more
One person found this helpful
Helpful
Comment Report abuse

Suzanne Reid
5.0 out of 5 stars Excellent Read
23 September 2019
Format: Kindle EditionVerified Purchase
A really good story from a time before DNA etc. You will be gripped from page one to the end with a retired Police officer now Lawyer; to resolve the crime with many twists and turns
Read more
One person found this helpful
Helpful
Comment Report abuse

Anne Murphy
5.0 out of 5 stars The farming murders
28 October 2019
Format: Kindle EditionVerified Purchase
I thoroughly enjoyed the story in fact it was really hard to put down. I will most definately read more from this writer
Read more
One person found this helpful
Helpful
Comment Report abuse

Aussie Jen
5.0 out of 5 stars A Good Read
26 August 2019
Format: Kindle EditionVerified Purchase
I have read many of Roy Lewis' novels and found this the best yet. There are several strands which keep you interested and wondering. The story moves at a gentle pace but is not too slow. I like the characterisation which made it easy to follow the story line. I recommend this as asatisfying read.
Read more
Helpful
Comment Report abuse

Harry
5.0 out of 5 stars Brilliant plot
2 December 2019
Format: Kindle EditionVerified Purchase
Excellent story. It took a chapter to get into it, then it became quite absorbing with an unpredictable ending. A great read.
Read more
One person found this helpful
Helpful
Comment Report abuse

Go to Amazon.com to see all 11 reviews 3.9 out of 5 stars
Get FREE delivery with Amazon Prime
Prime members enjoy FREE Delivery and exclusive access to movies, TV shows, music, Kindle e-books, Twitch Prime, and more.
> Get Started
Back to top
Get to Know Us
Make Money with Us
Let Us Help You
And don't forget:
© 1996-2020, Amazon.com, Inc. or its affiliates