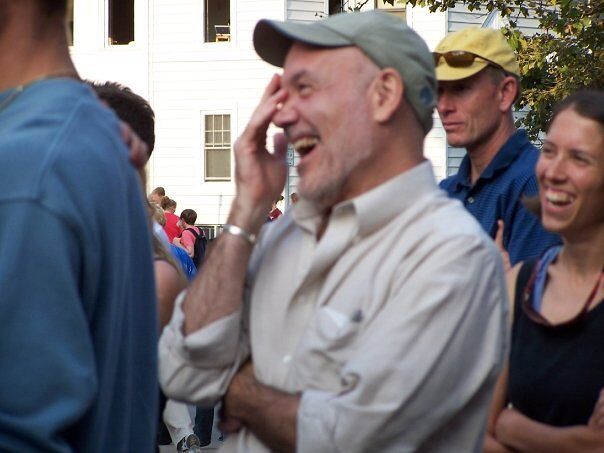 by Bruce Coville (Author)
4.8 out of 5 stars 9 ratings
See all formats and editions
Sorry, there was a problem loading this page. Try again.
Previous page
Next page

Pre-order Anna Spiro: A Life in Pattern with Pre-order Price Protection Guarantee.
If the Amazon.com.au price decreases between your order time and the end of the day of the release date, you'll receive the lowest price. Click here to pre-order now
Tell the Publisher!
I’d like to read this book on Kindle

Bruce Coville was born in Syracuse, New York, in 1950. His family lived in farm territory, about twenty miles north of Syracuse. Bruce grew up around the corner from his grandparents' dairy farm, where he spent a great deal of time as a child, dodging cows and chores to the best of his ability. As a young reader he loved Mary Poppins and Dr. Dolittle, and still has fond memories of rising ahead of the rest of his family so he could huddle in a chair and read THE VOYAGES OF DR. DOLITTLE. He also read lots of things that people consider junk (Nancy Drew, the Hardy Boys, Tom Swift, and zillions of comic books). His only real regret is the time he spent watching television, when he could have been reading instead. (A mind is a terrible thing to waste!)

His first book, THE FOOLISH GIANT, was published in 1978. It was illustrated by his wife, Katherine, whom he had married in 1969. This was followed in 1979 by SARAH'S UNICORN, also illustrated by Katherine. After a long period of working separately, the Covilles began collaborating again with SPACE BRAT and GOBLINS IN THE CASTLE, both published in 1992.

Before getting published Bruce earned his living as a toymaker, a gravedigger, a cookware salesman, an assembly line worker, and finally as an elementary school teacher (second and fourth grades). He left teaching in 1981 to devote himself to becoming a full time writer - though it took another five years to achieve that goal!)

Bruce has published over 100 books, which have appeared in over a dozen countries around the world and sold more than sixteen million copies. Among his most popular titles are MY TEACHER IS AN ALIEN, INTO THE LAND OF THE UNICORNS, and THE MONSTER'S RING. In 2001 he founded Full Cast Audio, an audiobook company dedicated to creating unabridged, full cast recordings of the best in children's and young adult literature.

Stephan Bullard
5.0 out of 5 stars Creepy and Fun!
Reviewed in the United States on 9 August 2020
Verified Purchase
While poking around her grandfather’s trunk, Bonnie McBurnie finds an antique pack of tarot cards hidden in a false bottom. The cards are beautiful, but eerie. The eyes are extremely realistic—alive almost. Her grandmother warns her to stay away from the cards, but Bonnie takes them on impulse. They’re totally cool. And harmless. Right?

I read the Dark Forces series when I was a kid and totally loved them. Out of a sense of nostalgia I decided to go through them again to see what I’d think of them now. The series is made up of books by different authors. As a result, the stories are uneven in terms of plot and quality. Most are at least good, some are great. All are fun to read!

Eyes of the Tarot is a solid, well-written book. The action starts quickly and the plot is engaging. There are several really gripping scenes—such as when Bonnie goes to check on her mentor after Bonnie has loaned her the tarot deck. The only minor downside is that some of the scenes are a bit far-fetched. Even so, Eyes of the Tarot is an excellent read and a strong addition to the Dark Forces series. It is not to missed.
Read more
Report abuse

The story is as strong as I remember from the 80's, when I originally read this as part of the Dark Forces series. A note about the Dark Forces books - this series was my introduction to horror as a pre-teen and teenager. Amazing series, one that cannot be replicated today. To the other Dark Forces authors - get your books on Kindle, PLEASE.
Read more
One person found this helpful
Report abuse

RavenRing
3.0 out of 5 stars Not his best
Reviewed in the United States on 30 April 2003
Verified Purchase
I'm a real Bruce Coville fan, and this book was a disappointment for me. I don't know exactly why I disliked it so much, but I did. I think it might of had something to do with the characters. Bonnie, the heroine, is a little slow and just not that likable. Also this book focused allot on future telling and things like that, and I have this thing against that type of stuff. I sure that lots of people will enjoy this book, but I felt like sharing my opinion with the world. If you were thinking of buying this book, don't let this review stop you.
Read more
2 people found this helpful
Report abuse

Kindle Customer
5.0 out of 5 stars I love tarot stories. This is great!
Reviewed in the United States on 24 July 2017
Verified Purchase
I buy almost all tarot stories, as they are so rare. I really liked this one! Buy it. You won't be disappointed.
Read more
Report abuse

Lacee M. LeClercq
5.0 out of 5 stars Great reading if you love the supernatural.
Reviewed in the United States on 29 April 2013
Verified Purchase
This is not a book just for teenagers. This book can be for adults as well. All the dark forces books I've read so far are suitable for teenagers and adults alike.
Read more
Report abuse
See all reviews
Back to top
Get to Know Us
Make Money with Us
Let Us Help You
And don't forget:
© 1996-2021, Amazon.com, Inc. or its affiliates