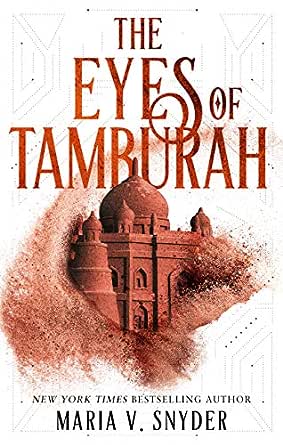 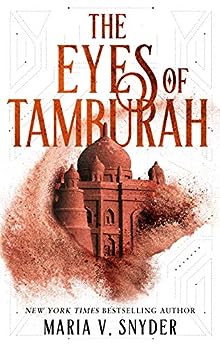 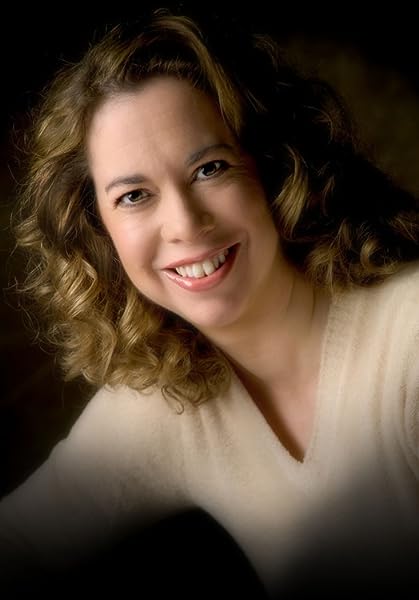 Shyla is a researcher who resides in the underground desert city of Zirdai, which is ruled by the wealthy Water Prince and brutal Heliacal Priestess. Even though Shyla is sun-kissed - an outcast, considered cursed by the Sun Goddess - she is still renowned for uncovering innumerable archaic facts, lost artefacts, ancient maps and obscure historical documents. Her quiet life is about to change when Banqui, an archaeologist, enlists her services to find The Eyes of Tamburah: legendary gemstones that bestow great magic on their wielder. These ancient objects can tip the balance of power and give whoever possesses them complete control of the city.

But chaos erupts when The Eyes are stolen soon after they're found - and Shyla is blamed for the theft. Forced to flee, with the Prince's soldiers and the Priestess's deacons on her trail, Shyla must recover the jewels and clear her name. A quest that will unearth secrets even more valuable than The Eyes of Tamburah themselves...

When Maria V. Snyder was younger, she aspired to be a storm chaser in the American Midwest so she attended Pennsylvania State University and earned a Bachelor of Science degree in Meteorology. Much to her chagrin, forecasting the weather wasn't in her skill set so she spent a number of years as an environmental meteorologist, which is not exciting…at all. Bored at work and needing a creative outlet, she started writing fantasy and science fiction stories. Over a dozen novels and numerous short stories later, Maria's learned a thing or three about writing. She's been on the New York Times bestseller list, won a half-dozen awards, and has earned her Masters of Arts degree in Writing from Seton Hill University, where she is now a faculty member.

Her favorite color is red. She loves dogs, but is allergic, instead she has a big black tom cat named…Kitty (apparently naming cats isn't in her skill set either). Maria also has a husband and two children who are an inspiration for her writing when they aren't being a distraction. Note that she mentions her cat before her family. When she's not writing she's either playing volleyball, traveling, or taking pictures. Being a writer, though, is a ton of fun. Where else can you take fencing lessons, learn how to ride a horse, study martial arts, learn how to pick a lock, take glass blowing classes and attend Astronomy Camp and call it research? Maria will be the first one to tell you it's not working as a meteorologist.

Readers are welcome to check out her website for book excerpts, free short stories, maps, blog, and her schedule at MariaVSnyder.com.

Naomi @ Naomi's Reading Palace
4.0 out of 5 stars A fascinating new series featuring a kind girl willing to sacrifice anything to uncover the truth.
17 June 2019
Format: Kindle Edition
Maria V. Snyder is one of my favourite fantasy writers, so when I came across this new series of hers I was excited to dive in! She did such an amazing job creating this world and city, which is at least 98 levels of city under the soil. It was interesting to meet the characters, seeing who ran the city and what their beliefs were.

The story focuses on Shyla, a girl raised by monks, who had moved to the city and was treated like an outcast because of the colour of her hair and her skin. She kept to herself and took on small jobs to earn her money. When her one friend loses something that she helped him locate, she finds herself working for the Prince and threatened by the Heliacal Priestess. She faced a lot of challenges, she was betrayed, and was always in danger. But no matter what happened, she found the strength to get back up and push herself to succeed.

Shyla was always watching her back, but had such a kind soul. She met a lot of new people, but it was hard to trust them, as they could betray her at anytime. I’d like to see more of them to figure out what their role is in this story and whether they can be someone that Shyla can trust. It also looks like she has a potential love interest, and I'm excited to see how this relationship goes.

The Eyes of Tamburah was a fascinating read! I loved the detail of the world, trying to imagine it expanding under ground. My heart ached for Shyla a number of times, as people judged her because she was that little bit different. She was a determined girl with a big heart and was willing to do anything to save a friend. She sacrificed so much, but also learned a lot about herself. This book was just the beginning of Shyla's journey, and I'm looking forward to coming back!

Veronica
TOP 500 REVIEWER
5.0 out of 5 stars New fantasy series.
2 July 2019
Format: Paperback
The Eyes of Tamburah is a fast paced fantasy and the first in a new series by Maria V Snyder.

Shyla is a sun-kissed, the name given to babies born with pale-yellow hair. These babies, believed cursed, are left in the desert to die. Shyla is saved and raised by monks until she turns 18 and chooses to reside in the city. She is shunned by the other citizens of Zirdai and spends most of her time in her room. She manages to find work reading maps and transcribing ancient tablets in order to locate lost artefacts.

Snyder starts with explanations of the world the story is set in. Zirdai is an extensive underground city built on many levels which is necessary to escape the searing heat of the desert.

When the eyes of Tamburah, believed to bestow magic and their owner, are uncovered and subsequently stolen Shyla’s only friend Banqui is imprisoned and unless Shyla finds the eyes he will be put to death.

The story includes plenty of action and danger. Shyla is a strong-willed woman who can hold her own in a confrontation. She soon finds that she can trust no one as she is double crossed many times and her eyes are open to many things happening in the city she was unaware of. With this awareness comes an awakening of a new purpose to her life.

The majority of the story is high on action and very low on fantasy elements which may not appeal to hard core fantasy readers. The story gets a little dark towards the end with talk of torture and sacrifice although there is a small romance introduced and the occasional light-hearted banter keeps the story from becoming too intense. We get a few glimpses of the magic I’m hoping to see more of in the next book.

The Eyes of Tamburah was an easy read and I was totally caught up in the whole world of Zirdai. There are plenty of evil people to despise and Shyla’s character development was well executed.

Allison
5.0 out of 5 stars Fascinating world and characters!
19 June 2019 - Published on Amazon.com
Format: Kindle EditionVerified Purchase
I'm a rather huge fan of Maria V Snyder's books, so when one releases I do whatever I need to do to get my hands in it, and this one was so worth it.

In The Eyes of Tamburah she has built an absolutely fascinating world that immediately drew me in. It's different, and completely intriguing. I also truly loved Shyla, and her strength, yet she wasn't perfect, and was able to learn and grow. I do feel there is more to learn about her, but especially more to learn about the other characters in the book. Enough that I'm already anxious for when the next book is out!

If you enjoy fantasy novels with interesting character development I would highly recommend this book!
Read more
2 people found this helpful

Anonymous
5.0 out of 5 stars Sun-kissed Shyla's life goes topsy turvy when she has to find the Eyes, great read
5 October 2019 - Published on Amazon.com
Format: Paperback
I am a big fan of Maria's books. And she writes a lot, so am super happy with that. Eyes of Tamburah already had that thing about it, both the name and the cover intrigued me as soon as they were known. And the book definitely turned out to be a keeper, one of those I will re-read many times. I loved the world Maria created, undergound levels of civilization, the struggle to survive in a harsh climate where the sun rules the few hours that people are able to go out on the surface, the crazy sheep on top, and the fight about the water rights. The characters are engaging and there is plenty to be told about in the next book(s). I want to know more about them so can't wait for the next installment.
Read more

J. Smith
4.0 out of 5 stars Excited to keep reading!
12 October 2019 - Published on Amazon.com
Format: Paperback
I was recommended The Poison Study by some friends in a readers’ group, and IT DIDN'T DISAPPOINT!!! I love the details, the depth of the characters, and the exciting adventures! I am fully enveloped and will be a Maria V. Snyder fan for life! The only thing keeping me from this book right now, is finishing the Soulfinders series!
Read more

KLC
5.0 out of 5 stars Great book - as usual!
5 October 2019 - Published on Amazon.com
Format: Paperback
Maria Snyder is such a wonderful writer, I always love her books. She has outdone herself with The Eyes of Tamburah! Wonderful scenes and world building. Even if you never read any of her books, read this one. You won't be disappointed and you'll want to read her others.
Read more
Go to Amazon.com to see all 9 reviews 4.8 out of 5 stars
Get FREE delivery with Amazon Prime
Prime members enjoy FREE Delivery and exclusive access to movies, TV shows, music, Kindle e-books, Twitch Prime, and more.
> Get Started
Back to top
Get to Know Us
Make Money with Us
Let Us Help You
And don't forget:
© 1996-2020, Amazon.com, Inc. or its affiliates