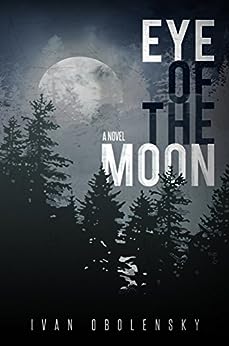 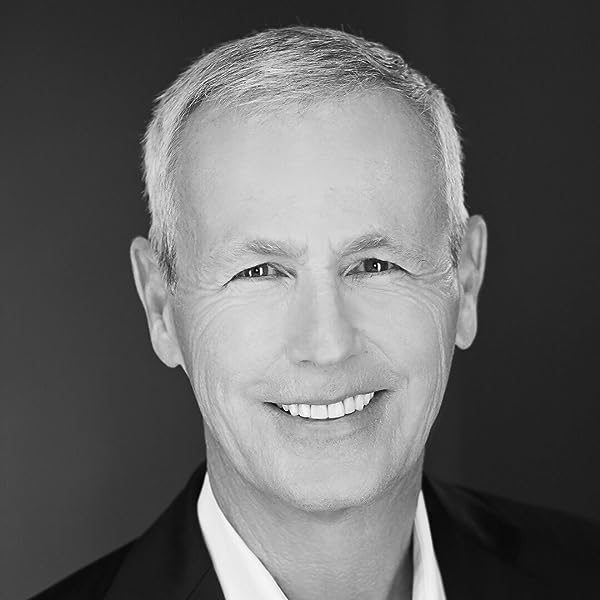 by Ivan Obolensky (Author) Format: Kindle Edition
See all formats and editions
Sorry, there was a problem loading this page. Try again.
Did Alice die from a curse?
…Or was she murdered?

In this award-winning American Gothic novel, two estranged friends, Percy and Johnny, reunite at the haunting estate of Rhinebeck where Johnny’s aunt Alice died reading an Egyptian Book of the Dead.

Stumbling upon her letters and journals, they discover that her story is not what they’ve been told—not at all. Everyone has a secret, and nothing is what it seems.

You’ll love this deftly crafted, gothic mystery because of its intricate plot, fascinating characters, and unexpected twists and turns. It will keep you wondering what will happen next.

Ivan Obolensky grew up regaled by tales of his aristocratic Russian ancestors while surrounded by high society. Those stories of intrigue and adventure inspired him from an early age and nurtured his love of storytelling, which he brings to his writing, both fiction and nonfiction. He is a lifelong reader and devoted enthusiast of diverse subjects, seeking out the way worlds intersect and connect. His nonfiction articles, weaving history, current events, science and finance, are published online. "Eye of the Moon" is his first novel, colored in no small way by his experiences and the stories of his youth. He lives in Southern California with his wife, Mary Jo. --This text refers to the hardcover edition.

“Obolensky conjures a remarkably imaginative tale, seamlessly juxtaposing the quotidian and the magical in a way that renders the latter mesmerizingly plausible.… Alice’s complex character powerfully emerges as the plot’s tonal center, a bewitching amalgam of moral strength, intellectual vitality, and a lust for life…. ingeniously constructed.
“Despite its length, an engrossing tale of mystery and magic.”
-Kirkus Reviews

“A gothic mystery set in 1977—involving the occult, stolen treasure, family secrets, and financial sabotage—Eye of the Moon is sumptuous in its description of white-tie dinner parties and sexual tensions with baronesses, and sharp in its maneuvering of several secret puzzles at once… The mysteries are finely woven together and readers must think fast on their feet…”
-IndieReader, 4.7 stars, IR approved

“… Eye of the Moon by Ivan Obolensky is a thrillingly eerie mystery novel with a Gothic ambiance and supernatural elements seeping through the storyline… Despite the chronology of the many events the characters had experienced before the story began, they are combined to create a fabulously spine-chilling plot. This is an amazing novel…”
- Susan Sewell for Readers’ Favorite, 5 stars

“Ivan Obolensky’s Eye of the Moon is a house party mystery much in the style of Agatha Christie—without the body…. Readers have time to get to know the characters and the lifestyle they’ll do so much to protect. It’s like having brandy and a cigar in the library with Lord Peter Wimsey rather than confronting bad guys a la Kinsey Millhone....”
-BlueInk Review

"The novel is unusually formatted, told almost entirely in the form of dialogues between Percy and various habitués of, and visitors to, Rhinebeck over the course of five days full of discovery and confrontation.… The surprising revelations and apparent coincidences come fast and furiously as the novel approaches its climax, but the groundwork was carefully laid for this intricate plot structure.”
-Bradley A. Scott of Foreword Reviews, 4 stars Clarion rating

"… As a reader, it felt as if this novel had been exclusively produced just for me and I’m sure many readers will feel likewise. Reading Eye of the Moon was such an enjoyable experience. It may be a big book, but the reading is easygoing and there’s enough humour, mystery, suspense, romance and adventure to satisfy even the most jaded of appetites…”
-Carl Delprat, Compulsive Reader

“… By the page 30, or so, I was well ensnared by Obolensky’s captivating spiderweb. Richly nuanced, complex, highly readable, this yarn combines mystery, implied horror, the patrician class seen through a glass darkly, romance, and a wholly acerbic view of the inherent goodness (or evil) of man (and woman). Eye of the Moon is anything but an author’s ‘first work.’“
-Hugo N. Gerstl, international bestselling author of Scribe

“…The author paints a story of an aristocratic house party in which not all of the guests are of this world. Filled with hidden motives, mysterious relics, and sinister unknowns, Eye of the Moon evokes the drama of Dynasty with the atmosphere of Manderley.”
-Jennifer Whitman, professional bookseller, Barnes & Noble

As a youth, Ivan Obolensky was regaled with mystical and ghostly tales of his aristocratic and trailblazing ancestors, and these colored the formation and background of his award-winning debut novel, "Eye of the Moon". This was translated into Latin American Spanish ("El ojo de la luna") and launched internationally to rave reviews. The sequel, "Shadow of the Son", launched June 2021.

His nonfiction articles on the social sciences are published online (https://dynamicdoingness.com/our-articles/articles-2011-2017/?la=us). Visit his blog (https://ivanobolensky.com/blog/) for more.

4.4 out of 5 stars
4.4 out of 5
153 global ratings
How are ratings calculated?
To calculate the overall star rating and percentage breakdown by star, we don’t use a simple average. Instead, our system considers things like how recent a review is and if the reviewer bought the item on Amazon. It also analyses reviews to verify trustworthiness.

Kindle Customer. Shosho12
4.0 out of 5 stars Eye of the moon
Reviewed in the United Kingdom on 19 May 2018
Verified Purchase
Well,the author wanted to write a book that would delight the reader,not so,it was hard work,far to long,far to many details,the delight came when it was finally finished.A decent story,but unneces sar joy long and tedious.
Read more
Report abuse

Mrs. P. A. Kite
5.0 out of 5 stars Intriguing.
Reviewed in the United Kingdom on 17 November 2018
Verified Purchase
Couldn't put it down
Read more
Report abuse

Peter Anthony Holder
5.0 out of 5 stars Mystery among the 1%
Reviewed in Canada on 5 July 2019
Verified Purchase
This is a delightful read with compelling characters featuring an intriguing story that takes place mostly in a stately mansion. While it's a great book I think it would make an even better stage play!
Read more
Report abuse

Beckett Shiona
3.0 out of 5 stars Truly, 3 3/4 Stars.
Reviewed in the United States on 1 July 2018
Verified Purchase
If Amazon permitted partial stars, I'd give this story 3 3/4. It is exceptionally well-written, vastly detailed and highly descriptive, and has the flavor about it of classic mystery--in fact, it was difficult for me not to picture the characters and setting as 1940s, rather than 1977. There are mysteries within mysteries, and just the right touch of the paranormal in a most believable fashion. I began by literally devouring the pages, enjoying every minute. But then...I felt that the story simply began to lag. It wasn't that it was less captivating; it was that it became too much--almost as if it should have been two books, not one. The mystery of financial shenanigans began to overtake the more palatable mystery of paranormal events and ferreting out the details of the life of a deceased relative. I did not exactly become bored with the book--it is too well-done for that--but more that I was exasperated enough to begin skimming to get to the meat of the tale. I found the shady business practices (although vital to the tale) boring and a tad confusing, since that is hardly my area of expertise. So, for me, not quite a four or five star experience.
Read more
23 people found this helpful
Report abuse

muffiemae
4.0 out of 5 stars Excellent Gothic tale!
Reviewed in the United States on 11 November 2018
Verified Purchase
It was interesting to read how the "elites" lived in the 1970's (which doesn't seem that long ago to me). Lots of drinking of everything from expensive hard liquor to fine wines, changing clothes for lunch and dinner, always "dressing up," sometimes even in black-tie garb. A wait staff to attend to every need. These people evidently didn't have anything to do except to drink and change clothes!

The prose and metaphors were beautiful, and for the most part, the book was very well written. Only further on in the book did a few errors appear. "No one other than Malcolm and me..." "pulled out the Alice's diary..." "I don't not mean to be rude..." "I have a duty in that regard that requires I..." ""You father told me..." "We all departed the office, Johnny and me to take Robert..."

There was one closing quotation missing, which can cause some confusion.

And there was universal use of "try and," which is a minor pet peeve of mine. Although the usage is common, "to try" means "to attempt." No one would say "attempt and do it."

Despite my nitpicking, I did enjoy the book immensely. Toward the end, it did seem to lag a bit. Perhaps too much detail and/or filler.
Read more
2 people found this helpful
Report abuse
See all reviews
Back to top
Get to Know Us
Make Money with Us
Let Us Help You
And don't forget:
© 1996-2022, Amazon.com, Inc. or its affiliates