Skip to main content
An Extraordinary Union: An Epic Love Story of the Civil War and over 1.5 million other books are available for Amazon Kindle . Learn more
Share <Embed> 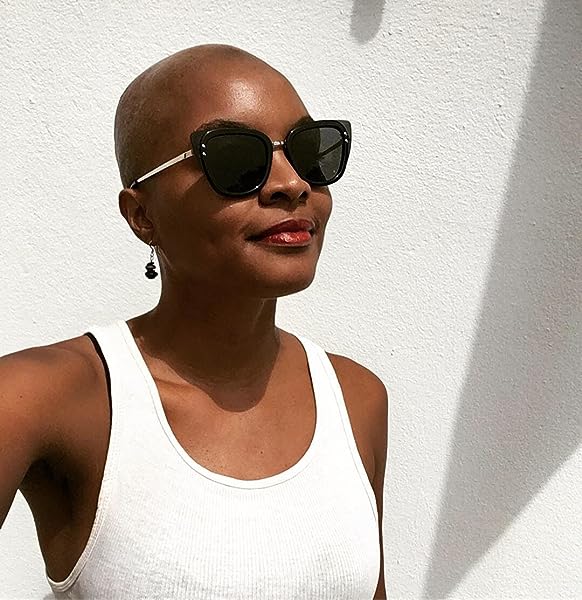 Page 1 of 1 Start overPage 1 of 1
Previous page
Next page
Start reading An Extraordinary Union on your Kindle in under a minute.

Alyssa Cole is a science editor, pop culture nerd, and romance junkie who recently moved to the Caribbean and occasionally returns to her fast‑paced NYC life. Her writing has been featured in publications including Vulture (New York Magazine's entertainment blog), Heroes and Heartbreakers, and The Toast. When she's not busy writing, traveling, and learning French, she can be found watching anime with her real‑life romance hero or tending to her herd of pets.

4.3 out of 5 stars
4.3 out of 5
315 global ratings
How are ratings calculated?
To calculate the overall star rating and percentage breakdown by star, we don’t use a simple average. Instead, our system considers things like how recent a review is and if the reviewer bought the item on Amazon. It also analyses reviews to verify trustworthiness.

Mish the Maverick
4.0 out of 5 stars Love endures
Reviewed in Australia on 20 July 2020
Verified Purchase
I'm here for this couple, their respective missions and I can imagine them happily growing old together despite ongoing challenges. Great and important book!
Read more
Helpful
Report abuse
See all reviews

Hazel
3.0 out of 5 stars Commendable, but A Lost Opportunity
Reviewed in the United Kingdom on 7 May 2017
Verified Purchase
I had a difficult time getting into this, and I feel disappointed because it was so enthusiastically recommended. It is brilliant to read books about people whose voices and perspectives are often overlooked in history texts and in popular fiction. Cole Is doing a service to all readers of historical romance by setting An Extraordinary Union during the American Civil War and making the heroine a black Union spy, working undercover as a slave. The hero is the son of a Scottish family which came to the colonies in the Highland Clearances. He is also a spy working undercover for Allan Pinkerton as a Confederate soldier. This is a very exciting premise, and Cole has lots of meaty material to work with. She has clearly gone to some trouble to reference actual historical personages and events and includes a partial bibliography at the end. All of this is commendable.

As you can imagine, the dynamic between heroine and hero is rather richer than the typical adventure-romance. She is a free black woman, voluntarily living as a slave so that she can collect and pass on information. She has an eidetic memory, too. He is a white man, pretending to be a Confederate soldier. In public they keep up these roles. In private they develop a relationship. There is tension and conflict, resentment and mistrust for reasons that go beyond the usual romance fare. And of course there is deadly peril from the people around them, and their success or failure could have major consequences for the lives of others and for the war effort. Lots of meaty material,

But I had real difficulty with Cole's use of language. At first I thought it was just a matter of style, which is purely subjective. But after struggling through a third of the book I had to take a break and go off and read something else. When I resumed, I realised that there was absolutely nothing in Cole's narrative or her dialogue that gave me a sense of time and place. There were only a couple of jarring anachronisms, so that wasn't the problem. Rather, the language was bland and colourless. I couldn't tell that this was the middle of the 19th century, in Richmond, Virginia. Neither vocabulary, nor cadence of speech, nor sentence construction distinguished the slaves or masters or soldiers (or spies pretending to be these) as living in that place at that time. And surely, the time and place are paramount to the story. In fact, the time and place were the reasons that I bought the book.

I do wonder whether this was a deliberate choice. Did Cole intend to cater to her target audience by making her language more accessible, thereby stripping it of distinguishing characteristics? As a reader, the effect on me was to make it difficult to believe, difficult to immerse myself in the story and so neither the romance nor the intrigue/adventure had an impact. It seems to me to be a lost opportunity.

Justine (I Should Read That)
5.0 out of 5 stars A gorgeous Civil War-era romance that deals with the realities of war and slavery
Reviewed in the United Kingdom on 22 May 2019
Verified Purchase
It has been a long time since I’ve read historical romance, despite it being a favourite genre of mine, and I've been craving it lately. Pretty much everything that I have read in historical romance has been set in Regency or Victorian England, and I needed to read something different while in a reading slump last month. I thought I’d branch out to Alyssa Cole’s Civil War-era Loyal League series. An Extraordinary Union has high stakes, gripping tension, and fantastic characters and I just loved it.

Romance novels often have stakes, that’s just part of the genre. However, I’ve never read anything with such high stakes and tension as An Extraordinary Union. A huge part of this is the fact that it is set in the Confederacy during the Civil War. Cole does not shy away from the realities that slaves faced at this time -- particularly enslaved women. Although Elle is a free woman, she is posing as a slave in a Confederate senator’s household. The fear for Elle’s safety grips you from the very start of the book, however it is woven in well and doesn’t make it an unpleasant or anxiety-inducing. The differences between herself and Malcolm are made very apparent -- despite the fact that they're both fighting on the same side, their lives and lifestyles will never be the same and their relationship wouldn't be accepted by others on the side of the Union.

Elle and Malcolm are both fantastic characters. Elle is one of my favourite heroines -- she is so intelligent and fierce and has so much agency. She’s fighting for a higher purpose, to release the US from the grip of slavery, and damn you believe in her every step of the way. She’s so fierce and fantastic and was one of the reasons the book is so compelling. Malcolm is a lovely hero and the perfect fit for Elle, but she was really the star of  the show and the most memorable character for me.

If you're looking for historical fiction or historical romance, I'd highly recommend you pick up An Extraordinary Union. It's not an easy read at times, but it is a fantastic story packed with passion and heart.

Kindle Customer
4.0 out of 5 stars Strong Elle and compelling Malcolm make for a diverting read
Reviewed in the United Kingdom on 16 January 2020
Verified Purchase
Elle's strength, courage and determination in her fight for the union is inspiring. The romance with Malcolm is both sweet and salty. The treatment of the pain and cruelty of the civil war years is unavoidable but manageable. One editors' error perhaps: The french translation of Art of War was available at the time the novel was set but not the english version. So perhaps Elle was quoting from the french version.
Read more
Report abuse

Sarah Carter
4.0 out of 5 stars Brilliant stuff, even if historical romance is not your thing
Reviewed in the United Kingdom on 14 January 2018
Verified Purchase
I keep stumbling into romantic fiction and I'm not sure why. Genuinely not my thing. But this book is absolute gangbusters. Forget trashy saccharine romances around the Civil War & slavery, this is the real deal. Beautifully researched, no holds barred examination about life for slaves on Southern estates, with a nuanced and honest view.

This story of spy and Pinkerton agent is engaging, gripping & really well written, with enough plot & tension to have me read it virtually all in one day. Seriously considering buying the next installment.
Read more
One person found this helpful
Report abuse

DelphineSnow
5.0 out of 5 stars An Unmissable Romance
Reviewed in the United Kingdom on 3 September 2018
Verified Purchase
Absolutely loved this book! Absorbing plot, engaging characters and a fan-bloomin-tastic romance. I’m not a fan of (explicit) sex scenes but I’d didn't even mind them! Maybe helped that it was done in flowery, not-modern language — so no technicalities to take me out of the story. You get a real feel of the timezone and what it is to be black — and a woman — then but that’s not all there's to the story, it doesn’t overpower it. My only complaint is I wish I didn’t have to leave these characters behind.
Read more
Report abuse
See all reviews
Back to top
Get to Know Us
Make Money with Us
Let Us Help You
And don't forget:
© 1996-2021, Amazon.com, Inc. or its affiliates