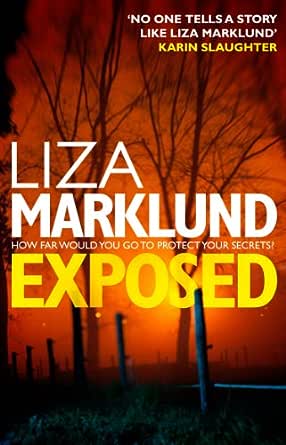 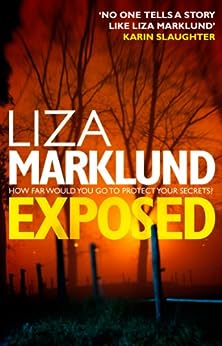 The chilling second novel from the Scandinavian crime queen --This text refers to an alternate kindle_edition edition.

'That night he did something so controversial that he'd rather be suspected of murder than tell anyone what he was really doing. What could possibly be worse than that?'

Trainee journalist Annika Bengtzon has secured a summer placement at Sweden's biggest tabloid newspaper. She's desperate for this to be her big break, although manning the tip-off phoneline isn't quite what she had in mind...

Until a caller tells her that the naked body of a young woman has been found in a nearby cemetery.

As she pieces together details of the young woman's life, Annika stumbles across video footage that places the main suspect hundreds of miles from the crime scene, right at the time of the murder.

Are the police looking for the wrong man? There is suddenly far more at stake here than Annika's career, and the more questions she asks, the more she leaves herself dangerously EXPOSED. --This text refers to an alternate kindle_edition edition.

"An enjoyable and fast-paced thriller" (The Times)

"Pick up a Liza Marklund book, read it until dawn, wait until the stores open, buy another one" (JAMES PATTERSON)

"No one tells a story like Liza Marklund" (KARIN SLAUGHTER)

"One of the most popular crime writers of our time" (PATRICIA CORNWELL) --This text refers to an out of print or unavailable edition of this title.

http://www.lizamarklund.com/ --This text refers to an out of print or unavailable edition of this title.
Read more

Daisy
3.0 out of 5 stars Fast paced? I think not....
Reviewed in the United Kingdom on 27 October 2013
Verified Purchase
The book opens with a woman found dead in a local cemetery. The central character, Annika Bengtzon, picks up a call about the body from the 'tip-off' hot line at the newspaper where she is working as a trainee journalist and she goes off to investigate. She is keen to prove herself and, to begin with, all goes well. But then an alternative 'take' on the murder story is put forward by other reporters in the media and Annika finds herself vilified as an intrusive, insensitive hack.

That is basically it.

There is an interesting (to me) political plot strand which runs through the book and may or may not be relevant to the murder. Mysterious diary entries are dotted thought the book - what is their significance?

It all comes together very cleverly at the end but overall I found this a dull, low-key book. Annika herself is quite irritating and spends most of the book on the point of crying or throwing up. The murderer is pretty obvious from the start and there weren't the plot twists and turns that this reader was hoping for.

It's ok and I would read another book by Marklund but, on this showing, there are much better Scandinavian crime writers out there.

jeaniem
2.0 out of 5 stars boring and muddled
Reviewed in the United Kingdom on 27 November 2015
Verified Purchase
a real disappointment. I expected a lot from this writer. The story starts alright but then gets completely muddled. It is not clear whether Annika is
cast as the 'heroine' or not, and by the end, which was frankly un believable, I cared more about what happened to her cat than her.
Read more
Report abuse

David, Edinburgh
5.0 out of 5 stars A good read!
Reviewed in the United Kingdom on 5 July 2016
Verified Purchase
As an introduction to Annika Bengtzon I found this book really enjoyable. Places in Stockholm feature and you can follow these on Google Earth if you like (it's not essential, though). Look out for more in the series too.
Read more
Report abuse

J. BROWN
5.0 out of 5 stars Five Stars
Reviewed in the United Kingdom on 2 August 2017
Verified Purchase
excelent, gritty and with edge.
Read more
Report abuse
See all reviews
Get FREE delivery with Amazon Prime
Prime members enjoy FREE Delivery and exclusive access to movies, TV shows, music, Kindle e-books, Twitch Prime, and more.
> Get Started
Back to top
Get to Know Us
Make Money with Us
Let Us Help You
And don't forget:
© 1996-2020, Amazon.com, Inc. or its affiliates