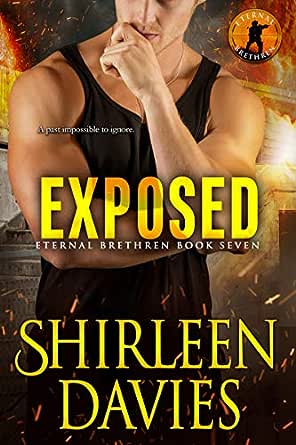 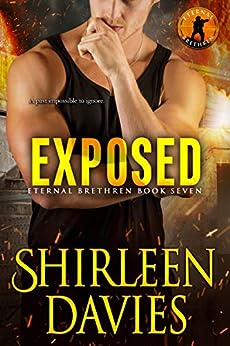 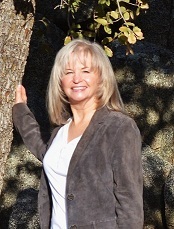 Deb from Oz
TOP 50 REVIEWER
5.0 out of 5 stars A wonderful addition to this series
Reviewed in Australia on 25 February 2020
This is the seventh book in this wonderful series about the Brethren MC a MC that isn't all that it seems These men are all active duty military men selected from various special operation branches though most are seals There mission is to disrupt terrorist and other illegal activity while maintaining their cover.

This is Jace (Raider ) Dewitt and Alvena(Ali) Kasey story We have met both of these characters before Ali is a nurse who was tasked with caring for Raider after he was hurt in the explosion at the White Eagle Training Centre and he made her life hell was she was caring for him. He soon returned to active service and with what was said by him while under the influence of medication and what Ali heard from his team mates when they where visiting her patient she has realised there is more to this MC than she thought. Now she has taken up a new job at the hospital local to the MC headquarters and with her best friend married to one of the MC she is coming into contact with Raider again. They continually throw sparks of one another but don't they say love and hate are different sides of the same coin. When her job puts he in contact with an abused boy Timmy and that leads to her been targeted by a rival MC Raider steps up to make sure they both are safe in the process this makes him face things from his own past. Can they admit what they actually feel for one another and can they all have a future together.

Donna
5.0 out of 5 stars AN EXTREMELY GREAT BOOK
Reviewed in the United States on 28 March 2020
Verified Purchase
I loved this book and this series. Each book is a stand alone book so they don't all have to be read but I recommend that you read them all. They are all very well thought out and well written.

Jace or "Raider" Dewitt works for the mysterious Eternal Brethren motorcycle club. He has always been a player in his group but when he is in a bad fire and is burned he has a nurse, Ali that he terrorizes since he hates being unable to do thing for himself and he's worried about the damage that will happen to his arms and he is a computer guy.

Ali has put up with all the crap she's going to from Jace. She has moved to where he lives but she works in an emergency ward of a hospital so she should never have to see him again. One day a boy enters her world. His name is Timmy and he is an abused child. The first time she sees him he runs away without getting any medical attention even though she is sure he has a broken wrist.

When Timmy finds Ali again he is in worst condition. Ali's heart bleeds for this child so she takes him to the free clinic where he can get help. She finds out that he has been beaten while living with his mom by her boyfriend who is in a motorcycle club.

Ali reaches out to Raider for help with Timmy. She isn't sure why she does talk to him but she finds out that it's the right move when Timmy and Raider bond over video games. What she and Raider don't know is that Timmy has witnesses something bad that happens with the other motorcycle club and he is in deep trouble with them.

The Devils know that Timmy has information that could harm them and they can't let him just go to another motorcycle club and spill his guts. They have to protect themselves and if that means killing Timmy and his mother so be it.
Read more
Helpful
Sending feedback...
Thank you for your feedback.
Sorry, we failed to record your vote. Please try again
Report abuse

Janine
5.0 out of 5 stars Ali and Jace
Reviewed in the United States on 27 March 2020
Verified Purchase
I have most of not all Ms Davies books. They are so hard for me to review. I start out then find myself rewriting them. There is so much in her stories. I don't want to leave anything out. How they met, their relationship, then Timmy enters their lives. I cried but they had to turn him over to Child Services. A MC gang that is involved with child trafficking is after Timmy and Ali. Because of this Ali and Jace's relationship starts improving. The gang kidnaps him from his foster home. He makes a daring escape. While this is going on they have a couple of jobs they do. FBI, DA, police officer and a junior legislator working with the child traffickers.

I could not put the book down. Then a couple days later I reread the book to make sure I didn't miss anything. I received an ARC for a fair
and honest review. I purchased a copy for my , library.
Read more
Helpful
Sending feedback...
Thank you for your feedback.
Sorry, we failed to record your vote. Please try again
Report abuse

swavelykid
5.0 out of 5 stars Another great MC read
Reviewed in the United States on 25 March 2020
Verified Purchase
What can I say? Shirleen has don it again with another great story encompassing our favorite Navy SEAL MC —The Eternal Brethren.
I was waiting for Raider and Ali’s story and I was not disappointed. The spark was alive and well. Add little Timmy to the mix, and some serious suspense and this one checked all the boxes.
Great book.
Read more
Helpful
Sending feedback...
Thank you for your feedback.
Sorry, we failed to record your vote. Please try again
Report abuse

Nana grizz
5.0 out of 5 stars Another great book!
Reviewed in the United States on 10 April 2020
Verified Purchase
Since I started the series, I have looked forward to each new story, eagerly awaiting the release. I would recommend all of Shirleen's books. Romance ,adventure , and a happily ever after. What more could you want!
Read more
Helpful
Sending feedback...
Thank you for your feedback.
Sorry, we failed to record your vote. Please try again
Report abuse

joshad
5.0 out of 5 stars Great reading
Reviewed in the United States on 29 March 2020
Verified Purchase
Great reading about Jade and Ali. AlwAys a lot of action and intrigue with the Eternal Brethren. Jace and Ali have to build trust to find love.
Read more
Helpful
Sending feedback...
Thank you for your feedback.
Sorry, we failed to record your vote. Please try again
Report abuse
Load more international reviews

ellen gaul
5.0 out of 5 stars MC Brethren Series
Reviewed in the United States on 23 February 2020
I was fortunate enough to receive an arc of this story for my honest review. I love the MC BRETHREN SERIES!!!. This is Jace aka Raider and Ali's story. Jace has hidden demons and Ali is looking for "the one". When they team up to help save a little boy from being abused, the sparks start to fly. Another great read, with lots going on, I definitely recommend this book!!! 5 stars❤❤❤❤❤
Read more
Helpful
Sending feedback...
Thank you for your feedback.
Sorry, we failed to record your vote. Please try again
Report abuse

Wac Veteran
5.0 out of 5 stars Saving children
Reviewed in the United States on 23 February 2020
This was great writing on what our Navy Seals can do. This is Raiders and Ali's story. This book has plenty of action and couldn't put it down. They are still working with human traffickers and trying to save children. Sad for the children and what they went through. Great book. HEA.
Read more
Helpful
Sending feedback...
Thank you for your feedback.
Sorry, we failed to record your vote. Please try again
Report abuse