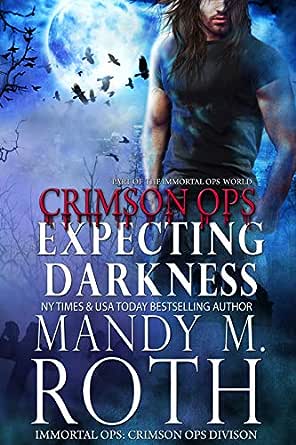 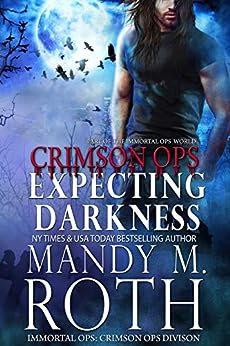 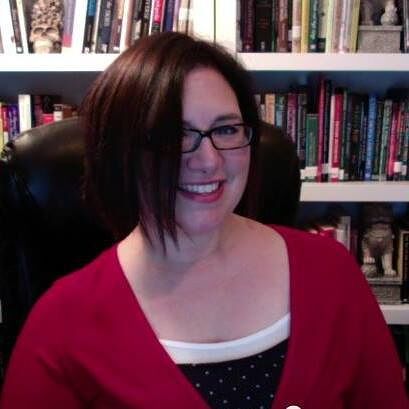 Kindle Customer
TOP 1000 REVIEWER
5.0 out of 5 stars Great read
Reviewed in Australia on 11 July 2017
Verified Purchase
There are parts in this tale that made me laugh so much I nearly wet myself.
A beautiful love story with a dash of blood and guts.
Jessie has been having nightmares, she doesn't know who to trust.
Lots of action and mysterious things, but Jessie just can't remember.
Want to know more.... buy the book😀

Elizabeth Joraslafsky
5.0 out of 5 stars Another vampire book!
Reviewed in Australia on 23 November 2017
Verified Purchase
Loved it. Great story with lots of twists and turns. Hot hero. Hotter heroine and a father who can kick some serious butt
Read more
Helpful
Comment Report abuse

Amazon Customer
5.0 out of 5 stars Terrific great read
Reviewed in Australia on 11 October 2017
Verified Purchase
Funny enjoyable and sexy, great characters with interesting connections. Would liked it to be longer, but really like her writing style
Read more
Helpful
Comment Report abuse

jamoz23
TOP 50 REVIEWER
4.0 out of 5 stars Betrayal, deceit and love well portrayed.
Reviewed in Australia on 23 May 2020
Betrayal, deceit and love well portrayed.
Good entertaining read and I loved the antics of everyone. The carry on between Searc and Jessie’s father Cormag (who is also Searc’s maker) was entertaining.
Interesting that it crosses over with Midnight Echoes in a small way.
The Corporation are getting bolding in their actions but the women seem to be getting stronger powers too.
Felt sorry for Searc and Jessie in that they have a special moment stolen from them and are a bit blindsided by events.
Loved all the interaction with the others from different groups but I found it strange that Boomer was in this so much without his mate by his side.
Would love to see Cormag get a mate.
I am reading these in Universe order through Kindle Unlimited.
Read more
Helpful
Comment Report abuse

Amanda Agius
5.0 out of 5 stars Brilliant.....laugh, cry and get angry
Reviewed in Australia on 12 August 2017
This story sunk its teeth into me from the first paragraph and didn't let go until the end. Expect the unexpected, and always trust an Alpha male to say or do something stupid.
Between the heart stopping scenes that have you grabbing tighter to your kindle/book, to the laugh so hard you have to hold your stomach moments......to the heartwarming strength and love, don't forget about the parts where you just want to slap someone silly......and maybe then you can breathe easy (or as easy as you can while waiting for the next book)
Read more
Helpful
Comment Report abuse
See all reviews

Ms. Theresa M. Derwin
4.0 out of 5 stars Vamp, Vamp Baby
Reviewed in the United Kingdom on 27 May 2019
Verified Purchase
Crimson Ops or the Fang Gang continues with Searc yearning for his previous master’s daughter Jessie - and when his sore and ex master Cormag is nearly attacked on a visit to Scotland, he sends Searc to look after her and guard her.
Jessie has suffered from nightmares now for four months, since losing time to blacking out.
With the usual mix of supernatural adventures, threats, an ongoing story arc of kidnapped supernaturals plus erotica, this one sees Searc wrapped around Jessie’s finger as he fights the need to claim her, after sensing himself on her skin.
We get to meet the other vamps, the friendly rivalry between then and the shifters continues, and the sense of humour is also high.
Read more
Report abuse

Leanne S.
5.0 out of 5 stars What a ride!
Reviewed in the United Kingdom on 1 July 2017
Verified Purchase
Ms Mandy M Roth has done it again! Her writing is absolutely spectacular. Not only do you find yourself reading the story, but Ms Roth has you immerse yourself into it, finding yourself there for the ride, feeling every emotion the characters do. Not many authors can do that, but Ms Roth has you hook, line and sinker from the very first page.

Expecting Darkness is the second of the Crimson Ops books, it can be read alone as it doesn't have a cliffhanger. But I truly recommend you start from the very beginning with Immortal Ops, as you'll will come across spoilers from previous books you have not read. You can find all the series books and the recommended series reading order at Mandy M Roth's web page.

Searc, a very powerful alpha male vampire who works for PSI in the Crimson Ops otherwise known as The Fang Gang to everyone else. For the past six years he has found himself only thinking about one woman, Jessie. But there's a problem, to him she is off limits, as she is the daughter to a Master Vampire and not just any Master Vampire, Cormag Buchanan his sire. One day Searc wakes from his dead sleep in the middle of the day with a feeling of fear and a hangover to beat all hangovers. Feeling a pull of need to protect Jessie he calls his maker who convinces him all is well and she is safe and sound, Searc believes Cormag but he still cannot shake the feeling that something is not right.

Four months ago Jessie wakes to find herself not only not in the same bed she went to sleep in but also missing several days of her life. At about the same time she started to have nightmares about being tested on and her father's second Islay being involved. But she feels she can't tell anyone as they would think she was crazy, plus she doesn't know who she can trust, except for one man, Searc. Since she turned eighteen six years ago he's been the only man she can't stop thinking about in every way.
With danger at every turn, can Searc protect Jessie and their unknown, unborn baby safe and out of harm's way, while also warring with himself with the need to claim her as his mate.

If you love a book which is jaw dropping, with panty melting hotness, packed full of action from the very beginning. Also with sexy as sin alpha males, sassy women, fight scenes that will have you on the edge of your seat, toe curling sexual encounters that will have your kindle setting on fire, and laugh aloud humour then this is the series for you.
Read more
Report abuse

Laura Rose
5.0 out of 5 stars Another hit from Mandy.
Reviewed in the United Kingdom on 4 July 2017
Verified Purchase
I love the Immortal Ops completely but I am loving the fang gang branch in their own right. Plenty of action, drama, romance and a bag full of humour. I love how this world intermingles with each other and I'm now desperate to delve into the world of the other member of the fang gang. I would love for Jessie's dad to get a mate at some point too. Great continuation of the saga and looking forward to whomever is next.
Read more
Report abuse

Elly Symonds
5.0 out of 5 stars Excellent
Reviewed in the United Kingdom on 4 November 2017
Verified Purchase
Thoroughly enjoyed e-book, Mandy M Roth is a author supreme in this genre. Love this series, there are so many other characters mentioned, waiting for their stories to be told. Gives a reader something to look forward to, really love this series.
Read more
Report abuse

anne richardson
5.0 out of 5 stars Brilliant
Reviewed in the United Kingdom on 15 July 2020
Verified Purchase
Absolutely brilliant read.
Read more
Report abuse
See all reviews
Get FREE delivery with Amazon Prime
Prime members enjoy FREE Delivery and exclusive access to movies, TV shows, music, Kindle e-books, Twitch Prime, and more.
> Get Started
Back to top
Get to Know Us
Make Money with Us
Let Us Help You
And don't forget:
© 1996-2020, Amazon.com, Inc. or its affiliates