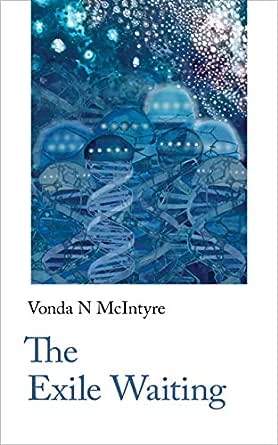 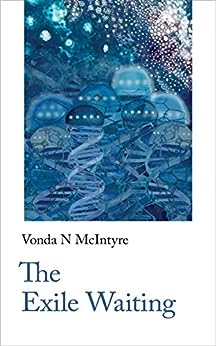 The Captain
4.0 out of 5 stars Sailing to the Stars
Reviewed in the United States on 4 April 2017
Verified Purchase
Ahoy there mateys! I was first introduced to this author when I read her Nebula award-winning novel,  The Moon and the Sun . That one is set in the court of Louis XIV and deals with sea monsters. Awesome. Read long ago, that novel always made me want to read her other works.

This novel was her first and is a sci-fi published in 1975. It was rather annoying to get a hold of because it seems to be out of print. But I persevered and read it. Despite some silly seeming scientific facts, it certainly was enjoyable and worth the effort.

Side note: Apparently ye can now buy many of her works in e-book form directly from her website!

The story concerns a telepathic girl named Mischa who lives in the last surviving city on Earth. Being telepathic is not something that makes Mischa’s life easy and being discovered could easily led to her death. In fact, the author’s take on telepathy in this novel was wonderful. It can be useful tool but overall is primarily horrible for Mischa. I am used to the version of telepathy in more recent novels that are seemingly effortless.

The city’s political and social structures were the highlights for me. Slavery is a big theme in this novel but even the top citizens of the world seem to be stuck in a less than stellar environment. Mischa of course is the plucky orphan who is trying to escape Earth. Her goal is to get on a ship to take her and her sick, useless, but beloved brother to a new life.

Plots are failing and Mischa’s options look bleaker than ever. When a ship lands on Earth during an off season time period and these twin brothers/clones take over the Earth, she might have one last shot at success.

With mutants, magic, clones, underground chases, excellent side characters, and thievery to boot, this novel had a cleverly setup premise and plot. The execution left a little something to be desired in the middle of the book due to the chase scene that could have been shorter, but I loved the character relationships. Also there are enough twists in the novel that I wasn’t always sure how it was going to end.

All I know is that I wish there were more novels about Mischa and her subsequent adventures.
Read more
Report abuse

Vicki Platts Brown
5.0 out of 5 stars Magnificent.
Reviewed in the United States on 19 November 2019
Verified Purchase
As always, magnificent.
Read more
Report abuse
See all reviews
Back to top
Get to Know Us
Make Money with Us
Let Us Help You
And don't forget:
© 1996-2021, Amazon.com, Inc. or its affiliates