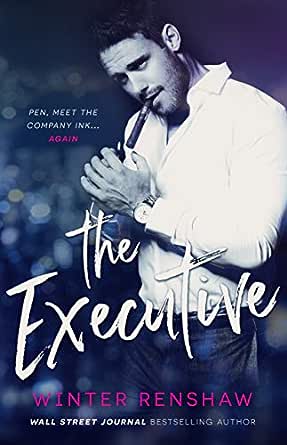 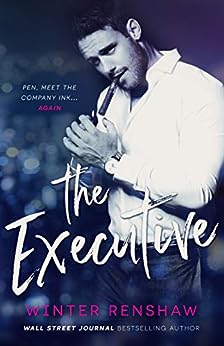 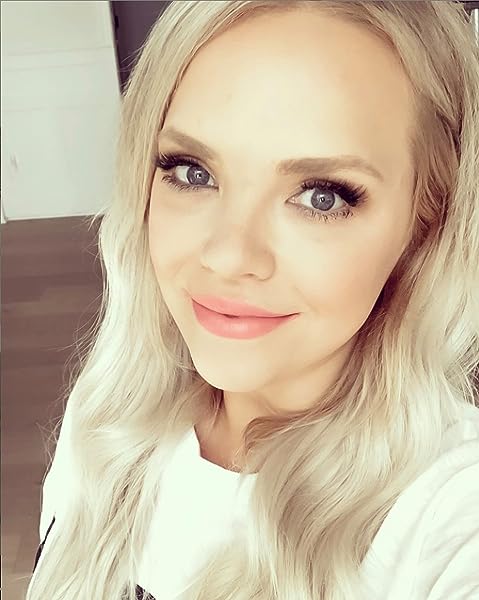 Let me first say: Reed York was never my boyfriend. He was the pen. I was the company ink. Though if you want to get technical, we were more like colleagues-who-hated-each-other … with benefits.

Everything was fine until the charming jerk went behind my back, stole my promotion, and became my boss—literally overnight.  Refusing to work beneath him (professionally speaking and otherwise), I transferred 2,014 miles away to our Chicago division, and I’ve spent the past year trying to remember how much I hated his panty-melting smirk so I can forget how much I secretly loved the way his ocean eyes lit every time I walked into the room.

But he’s just announced a last-minute site visit next week, and on top of that, he’s audaciously designated me as his ‘right hand gal’ during his visit. If he thinks he has a snowball’s chance in this hell at getting back in my good graces, he’s got another thing coming.

Reed York might be a man used to getting everything he’s ever wanted, but Joa Jolivet is a woman that never forgets.

NicShef❤️Reading
#1 REVIEWER
5.0 out of 5 stars Romance at it’s best...
14 December 2018
Format: Kindle EditionVerified Purchase
I adored this Winter novel - both sexy and romantic, the backstory was so thorough and the reveal so subtle, it just worked.

Reed and Joa had a no strings relationship back in LA. Co-worker/friends-with-benefits and rules. And it worked until he got the promotion she desperately wanted. She returns home to Chicago and never speaks to him again. Fast forward a year later and Reed is nearing the end of a plan and hopes to reconnect with Joa, the one who got away...

The sexual tension between the character is obvious. You can feel it jumping from the page. Through Reed, you see the tiny things many people take for granted. I loved Joa's family. And it's obvious how critical they were to her strength of character and I loved their role in awakening Reed's desire for more.

“Joa Marie.” Mom shakes her head, rinsing a spot of dirt off her hand. “What?” “Would it be so bad if you just … gave him a chance?” she asks. “When the two of you worked together, did he ever flirt with you or anything?” I almost choke on my spit. “There was some flirting, sure.” She nudges me with her elbow. “See.” “See what?” I ask. “You two have chemistry.”

‘Exmas’ defines what romance is all about. Winter Renshaw has cleverly written another exciting book the storyline just pulled me in and I didn't stop until I reached the end. I thoroughly enjoyed this feel-good story from one of my favourite authors. I highly recommend this book.

bluebird
TOP 50 REVIEWER
5.0 out of 5 stars A very touching heartwarming Xmas read
6 November 2018
Format: Kindle Edition
Wow this author sure has a way with her words & the characters. So much so I've become addicted to her books. I just loved the chemistry & sexual tension between Joa & Reed.

Joa left her friend with benefits & LA when Reed took the job she longed for. However it was so much more than that, which you will find out later on. If you're familiar with Bitcoin, the company they work for is like that.

Chicago was also Joa's family home & they are all a typical, loving dysfunctional group. As the story progresses you can't help but feel sorry for Reed & his idiosyncrasies, a lot of which relate to his wealth & family. You get why he's the way he is.

Also being a Xmas story this has a lot of feels & is very heart warming with a touch of hotness. Winter just keeps outdoing herself with her couples & I like they are original & not the flavour of the moment ones.

If you're a fan of this author, like me you won't be disappointed.

I received a free copy of this book via Booksprout and am voluntarily leaving a review.
Read more
One person found this helpful
Helpful
Comment Report abuse

Robin Hansen
TOP 500 REVIEWER
5.0 out of 5 stars Sacrifice and forgivness
9 November 2018
Format: Kindle Edition
Loved the story of Jo and Reed. Workmates and friends with benefits explode when overhearing a conversation, Reed puts himself in the firing line instead of Jo. His hands are tired, and all he can say is “trust me”. Jo moved far away, not realising how much she needed him until he shows up again, still unable to tell Jo why he’s there. He is brought into the family which is completely different from his own. The reader suffers the hard knocks with them both. I voluntarily reviewed an arc copy of this book and find it has a good ending, like love rising from the ashes.
Read more
One person found this helpful
Helpful
Comment Report abuse

Suzieq
4.0 out of 5 stars Beautiful romance where families are important
6 November 2018
Format: Kindle Edition
I really liked that Joa had a loving & involved family that she was proud of and not embarrassed by. Reed had a very sad upbringing and despite his strict avoidance of relationships, he ended up craving a relationship and the close knit family bond that Joa has. I wasn’t crazy about every second chapter being the story of their past. I find that a bit distracting but it was a well written story form Winter , as always, and had an intriguing twist to make sure you can’t put it down.
For those who get tired of reading excessive descriptions of sexual activity, you will enjoy this book which has much more substance. I have given an honest review of an ARC from the author.
Read more
One person found this helpful
Helpful
Comment Report abuse

IheartRoarke
TOP 500 REVIEWER
5.0 out of 5 stars Loved this story!
24 November 2018
Format: Kindle Edition
I have a weakness for covers and this caught my attention immediately. I loved the idea for this story from the blurb and had such a fun time reading this tale. There are flashbacks which slowly reveal the past. I thought this was a great way to establish the background of the characters and illustrate what happened between our two main leads.

The protagonists are brilliant. Reed seems like the typical arrogant and oh so handsome suited gent who gets what he wants all the time. But is there more to him than meets the eye? Joa is a strong and resilient woman who holds her own and works hard to fulfil her dreams. The two of them had an interesting relationship but one decision changed everything. But Reed and Joa are not the only brilliant characters in this story. Joa's family are absolutely fantastic! One particular scene involving her nieces and Reed was especially entertaining. It was funny and endearing. It seems that despite Joa's resolve to keep her distance from Reed, events push them together. There were some great interactions between Joa and Reed like this exchange:
*"Did you lock the door?" she asks.
"I'm horny, not a moron."*

This was an entertaining story which highlights that sometimes things are not always what they seem. People cannot be judged by looks alone. There's always more beneath the surface if we are willing to look and forgive.
Read more
Helpful
Comment Report abuse

Leyns
TOP 500 REVIEWER
4.0 out of 5 stars 3.75 stars.
11 November 2018
Format: Kindle Edition
I liked it. I liked the strength of the heroine. She was wronged by the hero and she didn’t just roll over and take it. She hurt, but she did her best to be strong and took action. The hero was pretty good too - I liked that we got to read his POV and see his character develop.
My main issue was that I just didn’t feel the angst the way I hoped I would.
Read more
One person found this helpful
Helpful
Comment Report abuse

Melhetho88
4.0 out of 5 stars Great christmas read
7 November 2018
Format: Kindle Edition
Great book. Had me till the end! Some thing about winters writing - she never disappoints! Hands down one of my fave authors.
I love the strong independent woman vibe Joa has going and the way Reed slowly but surely let;s down his walls to prove to her he is not the double crosser she thinks he is!

I like Winter Renshaw books and this one is no exception.

Go to Amazon.com to see all 502 reviews 4.6 out of 5 stars
Get FREE delivery with Amazon Prime
Prime members enjoy FREE Delivery and exclusive access to movies, TV shows, music, Kindle e-books, Twitch Prime, and more.
> Get Started
Back to top
Get to Know Us
Make Money with Us
Let Us Help You
And don't forget:
© 1996-2020, Amazon.com, Inc. or its affiliates