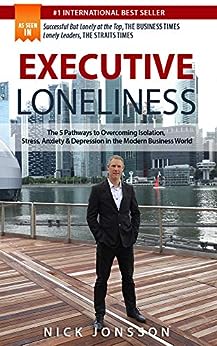 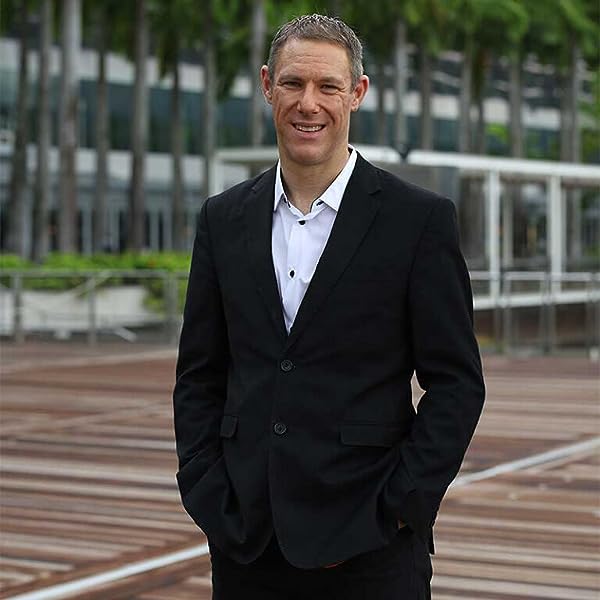 by Nick Jonsson (Author) Format: Kindle Edition
See all formats and editions
Sorry, there was a problem loading this page. Try again.

Part of being an executive is leading companies to success. As such, when an executive is experiencing extreme and prolonged stress, anxiety, isolation, and depression—what I’m calling “executive loneliness”—they often do nothing to address it for fear of appearing unsuccessful.

Not addressing it exacerbates the negative and difficult feelings to the point where it becomes more and more difficult for them to function. It takes a toll on their whole life. The reason I know this is that I was an executive who was trapped in serious executive loneliness for several years.

Once I managed to emerge, I made it my mission to draw attention to this typically hidden issue. I wrote this book to bring to the forefront an honest discussion about:

(1) the pressures of being an executive,

(2) the fact that executive loneliness is actually quite common, though typically hidden, and

(3) the five primary ways an executive can emerge stronger from this difficult place.

Executive loneliness is an incredibly serious condition and, in some cases, fatal. If you suspect that you, yourself, or someone you know is suffering executive loneliness, please read this book to begin the journey of emerging back into the light.

Nick Jonsson, #1 International Best Selling Author, is dedicated to raising awareness and eliminating the stigma around the phenomenon of executive loneliness. He has identified that feelings of isolation and depression—personal struggles that he, himself, has had to grapple with and conquer—are much more widespread than we think.

Modern work culture encourages executives to project success and achievement when, in fact, thousands actually suffer in silence and denial. This topic is close to Nick's heart. He has spoken about it multiple times, on the radio and television, at conferences, exhibitions, company events, and chambers of commerce, and he has been featured in more than 20 newspaper and magazines articles, including a four-page feature in The Business Times and a full-page in The Straits Times.

As the co-founder and managing director of the Singapore branch of EGN (Executives’ Global Network), Nick is passionate about matching senior executives in confidential peer groups where they can help each other face challenges and identify opportunities.

Having worked across Asia, Australia, and Europe representing major international firms, Nick has acquired expertise in international general management, direct sales, and marketing. He has also been entrusted to serve as the vice-chairman of the Nordic Chamber of Commerce in Ho Chi Minh City, and the vice-chairman of the AmCham Vietnam Direct Selling Committee, positions that further demonstrate his ability to add value on a global scale. He is highly self-motivated and enjoys participating in marathons and Ironman events. Nick also thrives on the adrenaline of speaking at conferences, seminars, and events.

Nick is enthusiastic about supporting his local community. He is a volunteer and fundraiser for the Samaritans of Singapore (SOS), a suicide hotline in Singapore. He also does frequent community service for a support group for problem drinkers. Now in recovery himself in his third year, he is also an International Coaching Federation (ICF) coach, who loves to work with executives to help them with their career and lifestyle choices.

Nick holds a bachelor of communication degree (marketing and advertising) and a master's in public relations from Bond University, Australia, where he graduated top of his class.

Thukydides
5.0 out of 5 stars a great book with useful tips
Reviewed in Germany on 5 July 2021
Verified Purchase
I met Nick last week at a webinar of our Business Executive Network Vietnam - executives.Asia - and was impressed by his experiences, descriptions and recommendations. Many executives (expats and locals) are stressed, overwhelmed, burned out and feel alone. In the worst case, depression and addictions occur. Nick describes his own journey of suffering and how he got out of his own Executive Loneliness: becoming aware of the problem, openly asking for help, adopting a healthy lifestyle and finding his life purpose. Many examples and tips round out the book. A great book.
Read more
Report abuse

Saptarshi
5.0 out of 5 stars Real Challenging Topic For Our Generation
Reviewed in India on 17 April 2021
Verified Purchase
Well Done Nick! It's a taboo and kind of Open Screte which we all want to avoid discussing very openly. You showed courage and truthfulness to open up this topic. You gave a medium to discuss this matter among peers & other colleagues. To Overcome any challenge, it's a team effort and you showed how family/friends are important during these dark hours. I love to explore the medium you opened up, definitely, it helps others. Once again congratulations.
Read more
Report abuse

Dr Patrick Liew
5.0 out of 5 stars A Must-Read!
Reviewed in Singapore on 25 May 2021
Verified Purchase
I have known Nick for awhile. He’s super committed to help executives go further and faster in their careers. Having personally faced roadblocks and done extensive research, Nick is the best person to help executives overcome the major challenge of fighting lonely battles. Definitely a must read for all upwardly mobile executives.

Christophe Derdeyn
5.0 out of 5 stars Real world examples providing insights in something many experience
Reviewed in the United States on 6 May 2021
Verified Purchase
I found the book an interesting and easy read. While discussing a pretty heavy subject with many ugly faces, the book is written in a way which makes it light to read and easy to digest. It uses many real-world examples which are oh-so-recognizable and offers many tips and tricks on how to handle certain situations or where to focus to avoid getting into a certain trap (or getting out of it). No world-shocking new truths, but many relevant elements brought together in a comprehensive way, making them easily accessible.

Ross Swan
5.0 out of 5 stars A book with a strong message written with sincerity and passion.
Reviewed in the United States on 20 April 2021
Verified Purchase
A well written book about loneliness and its damaging effect on peoples lives. The stories from executives tell a story... just how easy it can be to fall into the trap of feeling lonely.
Whilst these stories are important for vulnerable executives to see themselves in a story ot two, Nick's own story provides the inspiration and hope for people who are suffering... that yes, there is a way out of the dark tunnel I am in.
From taking stock and admitting to yourself that you have a problem to having a purpose in Nick's 5 step process to bring your life out into the 'light', the message is strong.
Similarly it takes strength to be transparent, Nick I can see why you made it out into the light as you have shown you have the strength through your transparency.
Your purpose is clear to see, helping other people to also find their strength to come out of their tunnel.