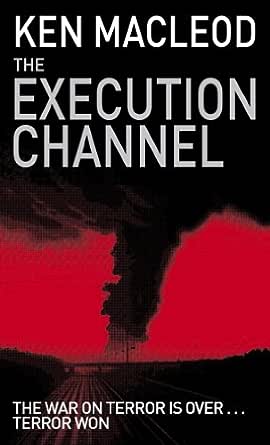 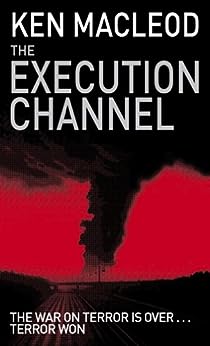 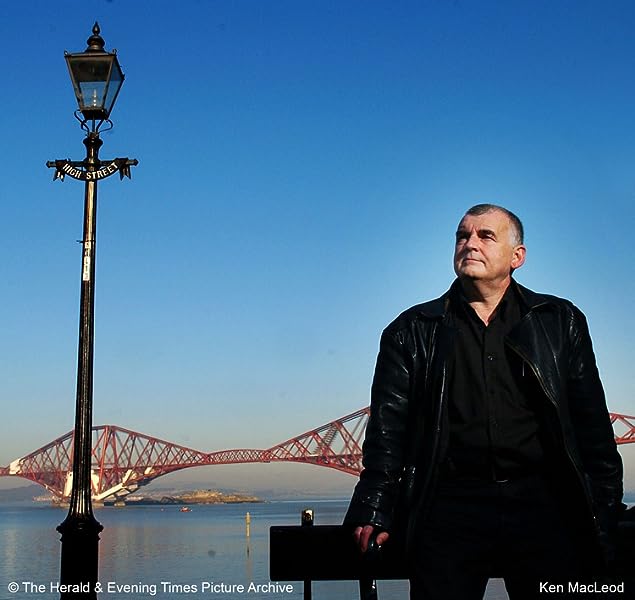 Since graduating from Glasgow University in 1976, Ken MacLeod has worked as a computer analyst in Edinburgh. He now writes full time.Previous Books: Learning the World , Newton's Wake , Engine City , Dark Light , Cosmonaut Keep , The Sky Road --This text refers to the hardcover edition.

The war on terror is over. Terror won. --This text refers to the hardcover edition.

'Ken MacLeod's The Execution Channel starts like a techno-thriller ripped from tomorrow's headlines , a thrilling, fast-moving tale of suspense rife with paranoia and multiple conspiracy theories. However, it's deeper and more thoughtful than most thrillers. MacLeod vividly and economically portrays an all-too-plausible world in which war has spread across the Middle East and Central Asia; millions of Americans live in FEMA concentration camps due to climate change; the British Government is considering deporting all Muslims, and what's really happening is hidden in a blizzard of disinformation and propaganda. This is politically engaged, speculative fiction at its finest, with a conclusion that's absolutely mind-blowing.' THE TIMES'Politically engaged, speculative fiction at its finest, with a conclusion that's absolutely mind-blowing' The Times'Jaw-droppingly audacious' SFX'A very good book, perhaps the best Ken MacLeod has written to date . . . The Execution Channel is an extraordinary novel' STRANGE HORIZONS'The Execution Channel is a top-notch thriller . . . a darkly entertaining read. Macleod has great fun spinning and unspinning the fears and memes of our age. His perspective on blogging and its effect on the powerful will amuse bloggers and their readers. And his alternate reality version of 9/11, which serves (in my mind at least) as a --This text refers to the hardcover edition.
Read more

3.3 out of 5 stars
3.3 out of 5
21 global ratings
How are ratings calculated?
To calculate the overall star rating and percentage breakdown by star, we don’t use a simple average. Instead, our system considers things like how recent a review is and if the reviewer bought the item on Amazon. It also analyses reviews to verify trustworthiness.

Simon Stebbings
1.0 out of 5 stars Lacking any real intelligence
Reviewed in the United Kingdom on 21 November 2017
Verified Purchase
I had no idea what was going on for the first part of the book, with no clear grounding when jumping between characters. Then it seemed like there was potential for something interesting to happen... but when the writer finally divulges what is happening in the last few pages, it turns out that there wasn't any real intelligence behind the story after all - quite the most ridiculous ending to any sci-fi book I've ever read: Dan Brown meets Dr Who!
Throw in a poorly disguised political rant in the middle and I was left feeling severely short-changed by the end of the book.
Read more
Report abuse

Amazon Customer
5.0 out of 5 stars A return to top form.
Reviewed in the United Kingdom on 3 June 2008
Verified Purchase
This is MacLeod's best book since "The Cassini Division". Everything he writes is worth reading, but with the exception of "Newton's Wake" his last few books have seemed a bit staid and lacking in the real passion of his earlier work.

No-one could accuse "The Execution Channel" of being a passionless work, it's filled with righteous anger at the amoral cynicism of the War Against Terror, and the corrosive effect this has on the morality of everyday life.

There is a splendidly complex conspiratorial plot and plenty of action to speed along the storyline, and the novel finishes with a terrifically uncompromising Hard SF finale, which has enough optimism and faith in the future of humanity to wipe out the sour taste of government corruption and brutality.
Read more
4 people found this helpful
Report abuse

Peter Bjørn Hansen
2.0 out of 5 stars Massive disappointment. Holds you in an iron grip, and then utterly fizzes out.
Reviewed in the United Kingdom on 21 April 2009
Verified Purchase
Starts as an iron-grip political sci fi, that is MacLeods signature genre, but is totally shattered in the last 40 pages of the book, with story elements that are loose ends and an ending that I cannot understand, or fathom was done at all.

I expected more from Ken than this. To this day, I cannot decide whether he did a "piss-take" on his audience, whether he got tired of the writing and threw in whatever he could grasp and the time. or if it was mis-categorized, and should have "political comedy".
Read more
One person found this helpful
Report abuse

Roobarb
1.0 out of 5 stars One Star
Reviewed in the United Kingdom on 29 October 2017
Verified Purchase
Garbage complete garbage with pathetic ending/twist. Very disappointed
Read more
Report abuse
See all reviews
Get FREE delivery with Amazon Prime
Prime members enjoy FREE Delivery and exclusive access to movies, TV shows, music, Kindle e-books, Twitch Prime, and more.
> Get Started
Back to top
Get to Know Us
Make Money with Us
Let Us Help You
And don't forget:
© 1996-2021, Amazon.com, Inc. or its affiliates