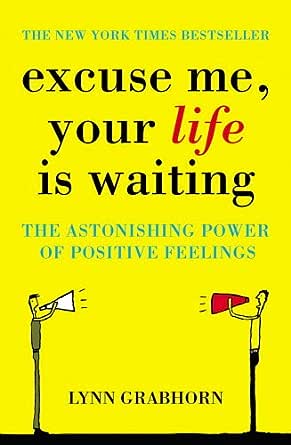 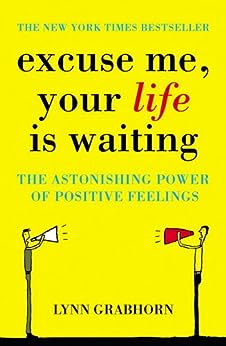 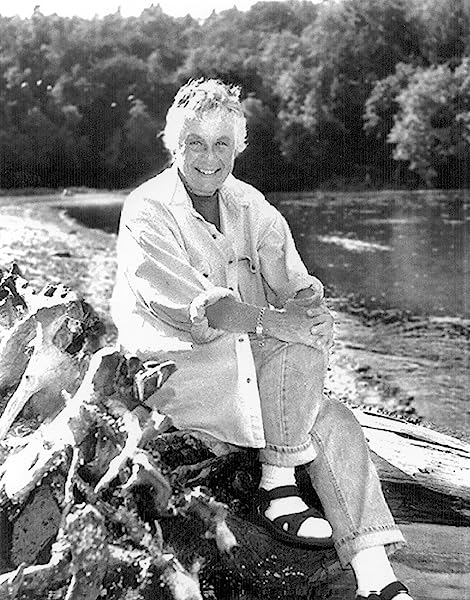 Excuse Me, Your Life is Waiting: The Power of Positive Feelings Kindle Edition

The late Lynn Grabhorn was the bestselling author of a highly acclaimed self-help book and multimedia programme and an internationally sought-after popular seminar leader. --This text refers to the paperback edition.

Bestselling US life coach tells us how to achieve our life dreams through the astonishing power of positive feelings. --This text refers to the paperback edition.

4.4 out of 5 stars
4.4 out of 5
107 global customer ratings
How does Amazon calculate star ratings?
Amazon calculates a product’s star ratings using a machine learned model instead of a raw data average. The machine learned model takes into account factors including: the age of a review, helpfulness votes by customers and whether the reviews are from verified purchases.

Amazon Customer
5.0 out of 5 stars Do yourself a favour!
Reviewed in Australia on 14 July 2017
Verified Purchase
What a great book and i can't wait to implement this into my life.
An easy to understand and simple system (though I'm sure not easy) to incorporate into my every day

Being a keen follower of Abraham Hicks for the last few years. I believe that it's true that we do create a vibrational match to what we want, whether it's a positive or a negative vibration. It all comes from the way we feel which with our those thoughts we are having in that moment.

The Universal Law's are that what we feel will bring about more of that which we are feeling at any given moment and what we wish for may not always what we want, yet we have unknowingly brought about these things which we desire regardless. we all need to be aware of how we feel with any given situation so keep happy feelings flowing all the time.

I love this book and have found it to be a wonderful read that gripped me staring from the first few pages. I found I could not put it down.

Willows
5.0 out of 5 stars Made me feel good, and that's all that matters
Reviewed in the United Kingdom on 13 February 2019
Verified Purchase
Lots of people on here have taken against the language style in here, which is fair enough, but for me it just brought the author's voice and personality to life. She sounds like quite the character! The stuff in here is in essence nothing new - if you keep bringing yourself back to positive feelings (not thoughts, feelings) then life will unfold with more ease and magic. I can't disagree with that, largely because if you're forcing yourself to feel something positive, you're less likely to be feeling rubbish, which of course makes everything better! It's harder than it sounds though, and Lynn does refer to the struggles she had maintaining her positive feelings. I've started my own 30 day trial, as she said, and it is a) a lot harder than it sounds to manufacture positive feelings and b) definitely working. I've pushed through a barrier and everything just seems to be...great. I think it's one of those things that if it resonates with you, it stands a chance of making a real difference in your life. If you take against it for any reason and it leaves you feeling negative, then it's probably not the approach for you! But that's okay, because Lynn's not the only one pushing this message..... ;-)
Read more
One person found this helpful
Helpful
Sending feedback...
Thank you for your feedback.
Sorry, we failed to record your vote. Please try again
Report abuse

Linda Parkinson-Hardman
5.0 out of 5 stars This book changed my life
Reviewed in the United Kingdom on 12 April 2012
Verified Purchase
I know that coming from a 'brit' this may seem that a little over the top but this book changed my life so much that I went and bought more copies for other friends and family members. However .... this comes with a caveat, it only does so when you are ready for it. I was originally given it by another friend for Christmas in 2008 when I was particularly low and it really didn't hit the spot. When I re-read it three years later after allowing my fingers to do the walking along my bookshelf it was obvious that the right time had come.

Yes, it is full of a lot of happy clappy stuff, yes it is very americanised but hey get over it. Read it and read through the bits that seem over the top; don't pay attention to the stories if they aren't your life, simply take the messages and move on. If you can apply the underlying principles without getting caught up in the things that might grate due to cultural conditioning then I guarantee Lynn's book will work a minor miracle on you too. Without it, I wouldn't have got to the stage where my novel  Woman On The Edge Of Reality  is finally finished. If you want to achieve something, then why not use it to help you along too.
Read more
7 people found this helpful
Helpful
Sending feedback...
Thank you for your feedback.
Sorry, we failed to record your vote. Please try again
Report abuse

christophe
5.0 out of 5 stars Enjoy!!
Reviewed in the United Kingdom on 27 March 2017
Verified Purchase
I am reading it for the second time already.
I believe in the Law of Attraction.
Being a follower of Abraham Hicks for years, I believe that this is true that we create by the way we vibrate....which comes from the way we feel which comes from the thoughts we are having.
The way we feel having nothing to do with any situation...just our judgement, our thoughts about it.
Now the trick being to raise ur vibrations by all means, FINDING THE KINGDOM FIRST.....and then getting the STUFF!!!!
Enjoy!!!
Read more
2 people found this helpful
Helpful
Sending feedback...
Thank you for your feedback.
Sorry, we failed to record your vote. Please try again
Report abuse
See all reviews
Get FREE delivery with Amazon Prime
Prime members enjoy FREE Delivery and exclusive access to movies, TV shows, music, Kindle e-books, Twitch Prime, and more.
> Get Started
Back to top
Get to Know Us
Make Money with Us
Let Us Help You
And don't forget:
© 1996-2020, Amazon.com, Inc. or its affiliates