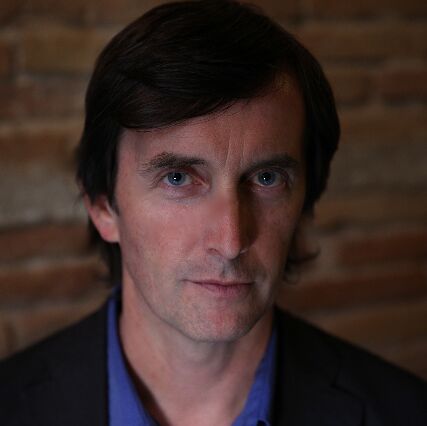 by Matt Dunn (Author)
4.2 out of 5 stars 45 ratings
See all formats and editions
Sorry, there was a problem loading this page. Try again.
Read more Read less

Get 90 days FREE of Amazon Music Unlimited
with the purchase of any eligible product. Shop now
Start reading Ex-Girlfriends United on your Kindle in under a minute.

Matt Dunn is the author of five previous novels, including the bestselling The Ex-Boyfriend's Handbook, which was shortlisted for both the Romantic Novel of the Year Award and the Melissa Nathan Award for Comedy Romance. He's also written about life, love, and relationships for various publications including The Times, Guardian, Cosmopolitan, Company, Glamour, Elle, and the Sun. Matt was born in Margate, but escaped to Spain to write his first novel, in-between working as a newspaper columnist and playing a lot of tennis. Previously he has been a professional lifeguard, fitness-equipment salesman and an I.T. head-hunter, but he prefers writing for a living, so please buy his other books. Visit the author at www.mattdunn.co.uk

BCB & More
3.0 out of 5 stars Book 2...not too shabby :-)
Reviewed in the United Kingdom on 28 February 2013
Verified Purchase
Having read the first book by Matt Dunn featuring Ed Middleton and his friend Dan Davies, I was keen to read the second book. Once again we meet with Ed and Dan, only this time around Ed is settled down with his girlfriend and Dan seems to be going through a dry spell. Dan Davies has a job as a TV presenter, and has landed a role in a new daytime soap. He just can't figure out why the women aren't falling at his feet like they usually do. In the first book we see more of Edward and his dilemma of trying to change his ways, and I actually preferred that as Dan grated on me a little bit. With Dan being a little bit more prominent in this book I wondered if I would like it as much.

When Dan and Ed realise that a website `Slate Your Date' features Dan heavily they realise Dan's situation is a little trickier than they first thought. Ex Girlfriends seem to have overloaded the site with details of Dan's disgraceful behaviour. Between them, they decide the only way to get things sorted is to track down Dan's exes and try to make things right. As usual humour is the main key to Matt's books slightly having the edge and there is no shortage of that in this book. The one thing that did make me feel it wasn't as good as the last is the fact that I just couldn't imagine Dan and Ed actually being friends in real life?! Having said that, towards the end of the book my attitude towards Dan changed somewhat and I found myself thinking that he wasn't that bad after all!

I think Matt Dunn has produced another good book and although Dan grates on me a bit, I really like the two of them and more to the point want to know how things go from here. Luckily, the next book The Accidental Proposal should answer my questions. I think his two books I've read so far are pretty solid reads, although yet to blow me away! Can't wait for the next one and can definitely recommend them for men and women!

Nighthawk
4.0 out of 5 stars nice to see a pretty boy get his comeuppance
Reviewed in the United Kingdom on 24 January 2013
Verified Purchase
what would happen if you could read reviews of the guy or gal chatting you up. the second book in ed and dan trilogy (so far anyway) Dan as anyone who has read the ex boyfriends handbook is a womanizing git who sleeps around and cons women into bed, so imagine his horror when a site appears and all of his exs have posted negitive reviews and everyone who he tries to pick up has read them in advance. Dan then goes on a reconciliation crusade to apologise to all the women that he has wronged. and in the process discovers something about himself in the process
Read more
One person found this helpful
Report abuse

JohnN
5.0 out of 5 stars I am an addict
Reviewed in the United Kingdom on 15 May 2016
Verified Purchase
I love Matt Dunn's characters. OK, they are slightly overdone, but they bring back very happy memories of my own experiences in my 20s and 30s. (I am now in my 70s). Like all Matt Dunn's books, the dialogues and episodes are really funny, especially for someone like me who enjoys wordplay and misunderstandings. Keep them coming Matt! I am an addict.
Read more
One person found this helpful
Report abuse

mr p r latham
2.0 out of 5 stars Too much waffle.
Reviewed in the United Kingdom on 27 March 2018
Verified Purchase
Sorry, enjoyed 1st book but this seemed daft and at times was just tiresome. Pretty sure blokes dont agonize endlessly like this.
Read more
One person found this helpful
Report abuse

Cumby
4.0 out of 5 stars Very witty with nice characters
Reviewed in the United Kingdom on 21 December 2016
Verified Purchase
This is my 3rd Matt Dunn and I enjoy his 'observational comedy' style - I have already stolen some of his one-liners!
This is a blokey tale with believable characters - nice light reading.
Read more
One person found this helpful
Report abuse
See all reviews
Back to top
Get to Know Us
Make Money with Us
Let Us Help You
And don't forget:
© 1996-2021, Amazon.com, Inc. or its affiliates