Evicted: Poverty and Profit in the American City and over 1.5 million other books are available for Amazon Kindle . Learn more
Share <Embed> 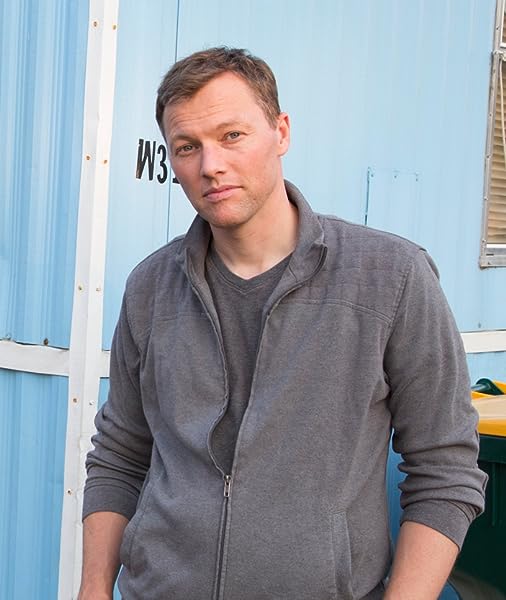 Page 1 of 1 Start overPage 1 of 1
This shopping feature will continue to load items when the Enter key is pressed. In order to navigate out of this carousel please use your heading shortcut key to navigate to the next or previous heading.
Back
Next
Start reading Evicted: Poverty and Profit in the American City on your Kindle in under a minute.

4.7 out of 5 stars
4.7 out of 5
2,720 global ratings
How are ratings calculated?
To calculate the overall star rating and percentage breakdown by star, we don’t use a simple average. Instead, our system considers things like how recent a review is and if the reviewer bought the item on Amazon. It also analyses reviews to verify trustworthiness.

A. Sherington
4.0 out of 5 stars Deep look at Eviction & Poverty
Reviewed in Australia on 15 May 2016
Verified Purchase
What an interesting book. It has given me an insight into the link between housing & poverty in the US. Sadly it has also reinforced my perceptions of "the system" in the US which seems to allow some people / organisations to financially benefit from those who have very little power to change their circumstances. Including the way employers are allowed to pay a wage that isn't enough for an employee to support themselves or their family so that they are forced to rely on hand outs ( tips ) from customers in order to generate a reasonable income. A very educational read sadly it shows there is some way to go before this problem is anywhere near solved.
Read more
2 people found this helpful
Helpful
Comment Report abuse

Polly McGee
5.0 out of 5 stars Living in America
Reviewed in Australia on 15 September 2016
Verified Purchase
Excellent, compassionate and well constructed account of the travails of poverty and the private rental market in America. The stories are compelling without being ghoulish or voyeristic, and the graphic pain mediated by the facts and context of the situations. It is clear the author is familiar enough with his subjects to be underneath the skin of his story. Highly recommended reading for anyone who questions or despairs about the divide between wealth and equity in our developed economies.
Read more
One person found this helpful
Helpful
Comment Report abuse

Amazon Customer
5.0 out of 5 stars Insight Into What Eviction Means To People
Reviewed in Australia on 31 January 2018
Verified Purchase
Outstanding investigative work into the causes of eviction and how it impacts communities and individuals. I highly recommend this book.
Read more
Helpful
Comment Report abuse

Jay Gilbertson
5.0 out of 5 stars We Have So Much---Isn't It Time We Shared? Must Read!
Reviewed in Australia on 7 November 2017
Evicted
Poverty And Profit In The American City
By Mathew Desmond

“Evicted follows eight families—some black, some white; some with children, some without—swept up in the process of eviction. The evictions take place throughout the city, (Milwaukee, Wisconsin) embroiling not only the landlords and tenants but also kin and friends, lovers and ex-lovers, judges and lawyers, dope suppliers and church elders. Eviction’s fallout is severe. Losing a home sends families to shelters, abandoned houses, and the street. It invites depression and illness, compels families to move into degrading housing in dangerous neighborhoods, uproots communities, and harms children. Eviction reveals people’s vulnerability and desperation, as well as their ingenuity and guts.”
A Pulitzer Prize winning, incredibly researched, foot-noted-to-death, documentary on an issue we could have solved years ago. But sadly, we have chosen to imagine it away, to tell ourselves that ‘those people’ are simply lazy and unmotivated and given any kind of help (handouts) would only add to their already easy life of living off the system. Right?
You couldn’t be more wrong.
This book is filled with well-documented facts and figures which help illustrate this major American quagmire of inner-city poverty which is directly related to eviction. Right now, at this very moment, in Milwaukee, a city of fewer than 105,000 renter households, landlords evict 16,000 adults and children each year. Which comes to 16 families creeping through the court system a DAY! Read this next quote, then read it again.
“If incarceration has come to define the lives of men from impoverished black neighborhoods, eviction is shaping the lives of women. Poor black men are locked up. Poor black women are locked out.”
Of course, you wonder, how can this be? How can so many Americans end up evicted from their home? The equation is unfortunately simple, when you look deeper.
“Families have watched their incomes stagnate, or even fall, while their housing costs have soared. Today, the majority of poor renting families in America spend over half of their income on housing, and at least one in four dedicates over 70 percent to paying the rent and keeping the lights on. Millions of Americans are evicted every year because they can’t make the rent.”
To shed some light on author Desmond’s method of collecting all this data (and there is a ton) is to learn the meaning of ethnography. To him, it’s what you do when you try to understand people by allowing their lives to mold your own as fully and genuinely as possible. He did this by building rapport with the people he wanted to know better and followed them over a long stretch of time, observing and experiencing what they did, working and playing alongside them, while at the same time recording as much action and interaction as he could until he began to move like they did, talk like they talked, think like they think and feel something like they did. He did that, and so much more.
Desmond does offer compelling, tenable and sensible solutions to once and for all bringing this seemingly unsurmountable issue to a place of hope. But in a stark closing sentence the truth is what we need to embrace before change can unfold;
“No moral code or ethical principle, no piece of scripture or holy teaching, can be summoned to defend what we have allowed our country to become.”

• It’s up to us.
• Why isn’t this book taught in public school?
• After all, home is the center of life.

Laura Cattell
4.0 out of 5 stars A desperate journey through hopelessness.
Reviewed in the United Kingdom on 3 December 2019
Verified Purchase
The one thing that stands out here is that America has a very flimsy and poorly constructed safety net - if you can call it that. There were so many mis-steps for everyone along the way here that were so easily avoided with some common sense and basic rules.

People on welfare should not be able to blow their entire month of food stamps on lobster. If you have a job you shouldn't be taking time off to help someone move and then you lose your job. If a child kicks a teacher the family should not be evicted because of that. Many times I let out an enormous sigh of frustration at the sheer stupidity and arbitrary actions. 'Crystal' needed serious intervention, not be left to cause mayhem and chaos.

I don't claim to know the answer to this massive social problem but providing basic needs, removing the threat of eviction, holding landlords to account, structured drug counseling - it would go a long way with a complete overhaul of the current system. It can be done with money that is currently being wasted.
Read more
2 people found this helpful
Report abuse

Amazon Customer
5.0 out of 5 stars Read it and weep
Reviewed in the United Kingdom on 22 December 2016
Verified Purchase
This book will haunt me for quite some time. By following the stories of those who face eviction time and again, I felt I came to know those who are at the bottom of life, and simply can't climb out of that pit. The impact upon their children, in particular, is harrowing. Reading this book helps you to understand why the poor remain poor.

Although the author did his research in the USA, I could see correlations with experience of people in the UK.
Read more
6 people found this helpful
Report abuse

Alex Gardiner
5.0 out of 5 stars American reportage at its best.
Reviewed in the United Kingdom on 28 April 2019
Verified Purchase
Documenting the spiral of poverty that comes with low rent, low protection housing in a US city. Really powerful stuff and makes me so pleased we have a welfare state in the UK. When there is no safety net, it becomes almost impossible to bounce back.
Read more
One person found this helpful
Report abuse

Regular buyer
5.0 out of 5 stars Please read this book
Reviewed in the United Kingdom on 8 March 2017
Verified Purchase
This was by far the best book I've read in a long time, and the most illuminating. It takes a multi-faceted look at the structural/cultural discussions of poverty and makes them real and vivid. It also offers some concrete policy ideas that make sense and could navigate the complex political landscape of interests involved in keeping the poor in these conditions. Fantastically researched and human, bringing the reality of exploitation back into poverty debates. Please read this book.
Read more
3 people found this helpful
Report abuse
See all reviews
Get FREE delivery with Amazon Prime
Prime members enjoy FREE Delivery and exclusive access to movies, TV shows, music, Kindle e-books, Twitch Prime, and more.
> Get Started
Back to top
Get to Know Us
Make Money with Us
Let Us Help You
And don't forget:
© 1996-2020, Amazon.com, Inc. or its affiliates