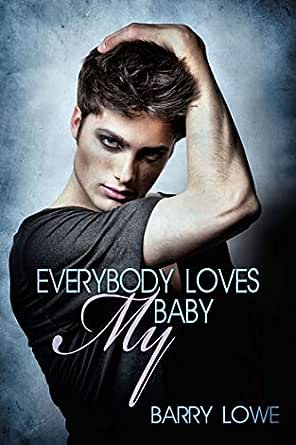 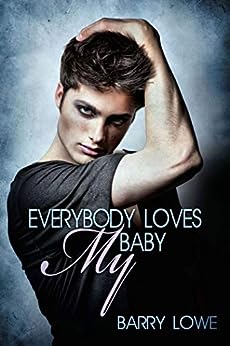 But my baby don’t love nobody but me.
GAY ROMANCE EROTICA: Heat Level 5:.Word Count: 24120:
Out and proud college student, Artie, has a problem. His jock boyfriend, Leo, is so far in the closet he has a passport from Narnia. And Leo has a girlfriend so Artie is only getting half the loving he needs. When Artie’s attempt to provoke his boyfriend into coming out it backfires spectacularly, resulting in a footballer free-for-all. He discovers an unexpected side to his personality – he has a promiscuous alter ego named Fatima, one his college room-mate, Vito, is keen to encourage. It results in a battle royal for Artie’s sexual soul. With enough thwarted love and lust to pave the Sahara, will Artie or Fatima prevail or is there room for both?

Excerpt:
The two men shared that they were gay early in their burgeoning friendship and bonded quickly, the initial acquaintanceship blossoming into something deeper until they were both admitting their darkest, most personal secrets to each other. Except for one: Vito never confided his real feelings for his room-mate, instead joking from time to time about taking care of Artie’s sexual needs when he split up from the latest whirlwind romance. Artie would look at him after his suggestion, tilting his head as if wondering whether it was a serious offer, and would then laugh out loud at how preposterous the offer was.

But Vito was always there for him, even when it tore his heart out that Artie would bring back his prospects to their claustrophobic room to audition them as husband material, and do ‘it’ on the bed opposite Vito’s, so close that if their erections had been any longer then…Vito shuddered to think what sort of fool he would have made of himself. But no one troubled Vito, at least not inside, until Leo. He was the first to get under Artie’s skin although to Vito their relationship smelled of an arrangement to suit some social nicety, having nothing at all to do with real human feelings.

The night Artie first brought Leo back, Vito knew it was different. The two of them talked for hours, they fucked, they talked some more. When Leo was still coming around three weeks later, Vito knew it was serious. Especially when Artie asked if Vito could go out and leave them alone any time Leo called.

“Don’t we make the perfect couple?” Artie asked, preening after yet another visit from his now boyfriend. “He pushes all my buttons.”

Vito hit out in frustration. “Would that be the superficial, shallow, conceited, self-indulgent, spoilt rotten buttons?”

Artie looked as if someone had smacked him across the mouth, then he smiled although it didn’t quite reach his eyes, before replying, “Are there any other buttons?”

Realizing Artie had offered an escape from the taut situation that could arise from a deep-and-meaningful at that moment, he laughed convincingly enough. Still, Vito could not let go totally. “He’s very closeted, Artie. Are you sure he’s what you want?”

“Sure as I can be,” he replied, dancing about the room. “As for the other, I’ll drag him out of the closet somehow.”

Vito kept his own counsel but he knew it would be no easy task getting the college’s top jock to admit to a gay relationship, especially not at Gloucester College where homophobia was almost a competitive sport. Queer students were very low key on campus – with the exception of Artie who was out and proud.

What proved more difficult was Leo’s coming out; the more Artie tried to drag him from the closet, the more determinedly Leo nailed himself back inside. Artie had been able to tolerate Vanessa because he could read her type and he knew she was no threat, but now with a new cheer leader in the wings and Leo’s family pressuring…