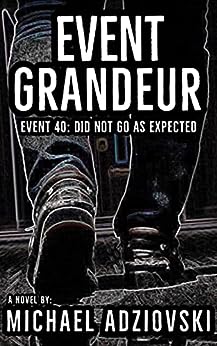 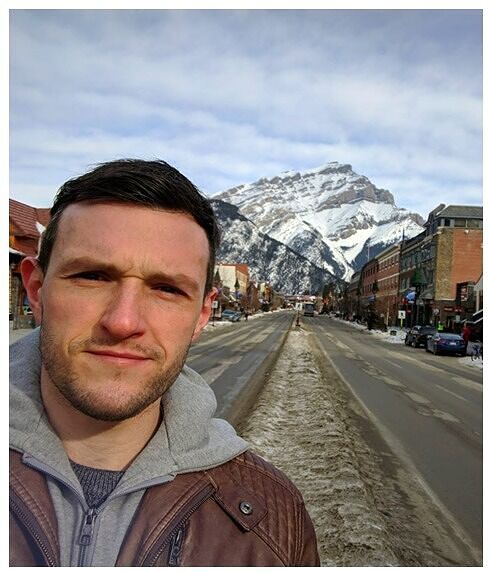 Amazon Customer
5.0 out of 5 stars Fascinating story!
Reviewed in the United Kingdom on 26 February 2021
Verified Purchase
Michael Adziovski is an author with a very vivid imagination. Event Grandeur captures your attention and keeps you guessing as the pages keep turning . I would recommend this book to lovers of fantasy & mystery, as it doesn't disappoint!
Read more
Report abuse

Nick
5.0 out of 5 stars Eventful
Reviewed in Canada on 27 November 2020
Verified Purchase
Unique and interesting concept. Had me enthralled from the get go.

It is clear the author had planned and written this book well. The details and call backs were great and the cheeky witticisms were fun.

I could envision myself wanting to be involved in some of the conversations and visiting the amenities described.

Javed
5.0 out of 5 stars Captivating!
Reviewed in Canada on 23 November 2020
Verified Purchase
This book was slow at first in building up the story but picked up and left me wanting for more with Every turn of the page. This novel is entertaining yet mysterious. The dialogue was interesting and kept me captivated. Especially the ending! It left me with mixed feelings (in a good way) great job for a first time author!
Read more
Report abuse

Amazon Customer
4.0 out of 5 stars Page turner
Reviewed in Canada on 24 November 2020
Verified Purchase
It was a fun read. I enjoyed the tension and the concept was interesting and rather unique.
The ending was also quite the surprise!

I hope to read another novel from you. What’s next?
Read more
Report abuse

Grady Harp
5.0 out of 5 stars ‘I’ve been assigned to write a piece on Grandeur Island…and the Event itself’
Reviewed in the United States on 10 January 2021
Verified Purchase
Australian born Canadian author Michael Adziovski earned his degree in Business Information Studies form Royal Melbourne Institute of Technology and has experience as an IT Specialist and website developer. Devoted to travel and physical fitness, he now makes his literary debut with EVENT GRANDEUR. He also maintains a very colorful website – insights into the book’s references to Armaducci, John Le Paul, apparel, social ‘awareness,’ and the Natters that play such a significant role in the story…

Michael sails into this initial offering with a vigor that is maintained through the novel. He opens with a moment in the Natters newspaper office: “The Event is over once a death has taken place!” said John (my Editor in Chief) s he placed both his feet on his pristine mahogany desk, avoiding his many vulgar and crass memorabilia. Had to stick his legs up ridiculously high in order to do so. I glanced at my friend, donning a solid blue pinstripe suit, yellow tie, and suave brown leather shoes. The shoes that I’d gifted him on his fiftieth birthday and upped his style drastically…..’ In that brief space we gain entry into the Natters Newspaper and the reporter ‘Mr. Writer’ as well as the significance of the book’s title - the island called Grandeur - and the lilting story takes off!

Creative fiction, this, and related with a unique primary character who not only shares the bizarre ‘Event,’ but does so with italicized asides that focus the author’s humor well. The manner in which this strange and entertaining tale is written is jaunty and with a plethora of expletives, all of which suit the story well.

The author offers a fine plot summary, just enough info to entice: ‘Eat like royalty, drink the finest beverages known to man and party like there is no tomorrow… As there could be no tomorrow for you!” Blasts throughout the vignette advertisements for the Event held on Grandeur Island. Mr. Writer (as they like to call him) is a prolific award-winning writer for Natters newspaper and magazine incorporated. His latest assignment… Go to Grandeur Island and attempt entry to what is being pegged as the most epic Event in all of existence; in order to write what will surely be another award-winning piece for this extravaganza. Or so everyone thinks! For you see... Mr. Writer actually has his own agenda and his own mission that he will be undertaking. One that falls in closely with the premise of the Event – "That the Event is only over once a death has taken place." What is Mr. Writer up to? Who is the projected target of Mr. Writer? Why does Mr. Writer intend to kill someone?’

This is a fine initial offering by an author of promise. Grady Harp, January 21
Read more
One person found this helpful
Report abuse
See all reviews
Back to top
Get to Know Us
Make Money with Us
Let Us Help You
And don't forget:
© 1996-2021, Amazon.com, Inc. or its affiliates