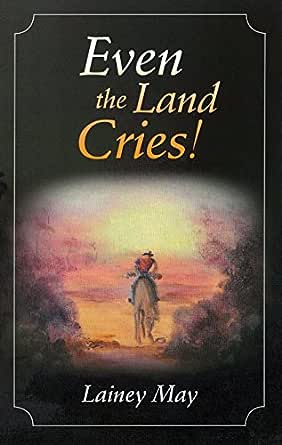 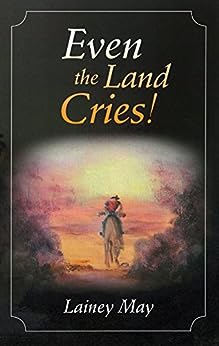 Even The Land Cries Kindle Edition

Set against the backdrop of Australia in the 1860s-a vast and beautiful land that protects more secrets than it gives up-the displaced peoples of two nations were thrown together in a fierce struggle to exist in an isolated, inhospitable landscape. Caught between the harsh climate, nature, and the darkest sides of man, life in the wild remoteness of south eastern, West Australia was not for the weak of heart. Inspired by historical events from Australia's wild history in the long ago, Even the Land Cries! takes readers inside the rugged land and the strong, resilient people who sought to tame it. Jared Ryan, a bold and spirited young man of twenty, sets out to find and claim his far-flung property with his younger brother Liam at his side. Together, the brothers must call upon their raw courage to survive amidst innumerable dangers to open up farming land. Their plans are complicated by the many characters who also called this beautiful but wild land their home; heroes, heroines, and scoundrels. They're all brought together, against a diabolical backdrop of lust, treachery, and anarchy that would change each of their lives forever. Bigotry, lies, disgrace, outrage, treason, betrayal, and forbidden love will either motivate these young souls into forces for good or for evil, which in turn will impact the land. If they can survive the many challenges this harsh new life demands of them, they just may come to love the land as their own.
click to open popover

Carole
4.0 out of 5 stars An account that enlightens our understanding of 'what happened here'?
Reviewed in Australia on 5 March 2017
Format: Kindle Edition
Even the Land Cries, by Lainey May, is a fascinating read if you're at all interested in stories that enlighten our understanding of pioneering days, in this case, in southern Western Australia. The basic ideas for this novella come from a treasured diary which belonged to an ancestor of the author, Constable Patrick Dillon, and who is one of the characters in the story, as well as a lot of listening to pub yarns and researching archival records. I have to say that the story would benefit from a closer edit- as well as tightening sentence construction, there is one oft repeated spelling mistake (goal instead of gaol) that needs attention, but even so, the story holds its own attraction that carries you on to see how the various groups of characters eventually intertwine and the history of our land is forged. The story is one of a vision full of hope, determination, and hard work, and also an account of the difficulties faced when traditional culture clashes with the hopes, plans and even the guilt of the new-comers. A very worthwhile read.
Read more
Helpful
Comment Report abuse
See all reviews from Australia
Get FREE delivery with Amazon Prime
Prime members enjoy FREE Delivery and exclusive access to movies, TV shows, music, Kindle e-books, Twitch Prime, and more.
> Get Started
Back to top
Get to Know Us
Make Money with Us
Let Us Help You
And don't forget:
© 1996-2020, Amazon.com, Inc. or its affiliates